Volkswagen South Africa finally revealed pricing for its SA-bound T-Roc. The SUV will slot in between the T-Cross and Tiguan, and will also be priced accordingly.

When the SUV arrives, it can be expected that it will sell like hotcakes, with three models priced and offering something unique to consumers.

With R104 200 between the entry- and top models, consumers have a relatively broad selection of vehicles to choose from. Not just in the T-Roc line-up, but from competitors, as well.

We list three rivals the T-Roc will go up against when it arrives in SA this November.

The T-Roc will be available locally from November 2020.#Wheels24 pic.twitter.com/ERm6qpRYMJ

The Q2 range carries a slight premium over its VW cousin but will offer buyers that first-class feel over the T-Roc - given that Audi is the premium offering in the Volkswagen Group. The Q2 range begins life at R504 000 and is priced up to R604 675 for the top model, the 35 TFSI S-Line Sport.

The entry-level model, the 30TFSI, is powered by an 85kW/200Nm 1.0-litre engine with three-cylinders. This model is not only down on power compared to the entry-level 110kW 1.4-litre T-Roc, but it is also pricier with the T-Roc range being priced from R489 400.

Six models make up the range, and no diesels form part of the line-up. The XC40 first came to market in 2017 and quickly established itself as a formidable product in the Swedish automaker's line-up. In total, 12 models make up the range, comprising three- and four-cylinder engines, diesel and petrol, and a choice between front- and all-wheel-drive.

This SUV is more expensive than the T-Roc, but sales patterns have proven that price does little to deter buyers away from it. The 5008 is the dark horse on this list, given that Peugeot has a struggling reputation in South Africa. Consumers will more than likely opt for anything but this Frenchie, which, in our opinion, would be a mistake. The 5008 is a very good SUV and drives like a dream.

Plus, it offers seating for up to seven passengers - a boon for bigger families.

Four models make up the range - a 1.6-litre turbo petrol engine and 2.0-litre diesel engine - and is priced from R569 900 to R635 900. The base model should give a good indication of how well-specified the range is, given that it comes standard with cruise control, climate control, rain sensor wipers, and six airbags. 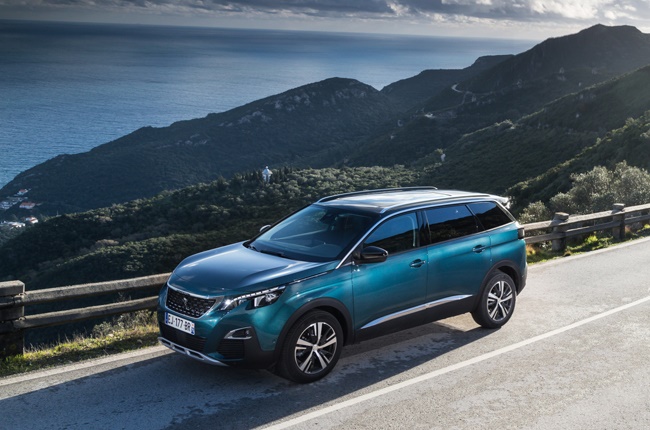 We live in a world where facts and fiction get blurred
In times of uncertainty you need journalism you can trust. For 14 free days, you can have access to a world of in-depth analyses, investigative journalism, top opinions and a range of features. Journalism strengthens democracy. Invest in the future today. Thereafter you will be billed R75 per month. You can cancel anytime and if you cancel within 14 days you won't be billed.
Subscribe to News24
Related Links
Volkswagen reveals the South African pricing for its hot new T-Roc SUV
Why Volkswagen's new T-Roc will be a hit in sunny SA when it arrives in November
Next on Life
UPDATE | Ford's new Ranger is about to launch in SA and turn the bakkie game on its head