This 530d is the BMW diesel bakkie of your dreams

• BMW has not tempted to do a modern bakkie.

• The automaker has experimented with bakkie concepts but it has never reached production.

• This E39 from Russia was discovered on eBay.

Unlike its most earnest rival, BMW has not attempted to do a bakkie.

Where Mercedes-Benz has a bakkie legacy that goes way back decades, BMW has never bothered with an official production bakkie version of any model range.

The Bavarian brand has experimented with bakkie concept vehicles, most recently an outrageous X7 double-cab which generated massive interest, but never even flirted with any production commitment. And that's a pity because, in principle, there are elements of the broad BMW vehicle architecture which is ideal, in theory, for a bakkie.

Do you think this BMW could work in SA? Would you be interested if it was available locally? Please email us your thoughts.

With a range of tremendous rear-wheel drive platforms and longitudinally mounted engines, most BMWs are excellently suited to the street bakkie concept. Proving this point, is a wonderfully inspiring E39 eBay find, all the way from Kursk, in Russia. 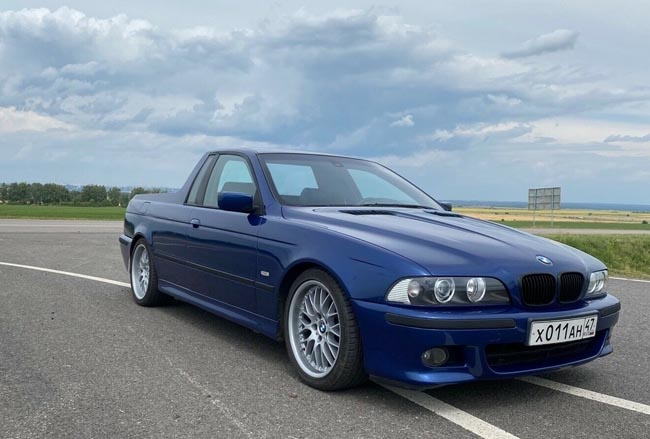 A very resourceful BMW enthusiast from the western Russian city has created an outstanding luxury single-cab, using the fourth-generation 5 Series as his build platform.

Regarded by many as BMW's most elegant 5 Series, both in its styling and proportions, the E39 has aged tremendously well – credit to its design team.

Without ruining those classic E39 lines, the sedan was patiently converted to a single-cab silhouette. According to the owner, it took four years of fabrication and parts matching, to complete his e39 bakkie – which appears to have been a weekend project.

Powering this 5-Series single-cab is BMW's excellent M57D30 engine. Displacing three-litres amongst six-cylinder, this turbodiesel boosts 142kW and 410Nm. Those outputs might be class average for a contemporary Ranger or Hilux double-cab bakkie. Still, back in the year 2000, when the facelifted e39 5-Series came to market, this was rated as a potent turbodiesel.

What this 530d bakkie's power and torque statistics do not convey, is the smoothness of that 3-litre in-line six. BMW's powertrain designers and component engineers are celebrated for their ability to produce six-cylinder engines that are potent, characterful and gloriously refined – the M57D30 being a choice example. During the E39's lifecycle, in the late 1990s and early 2000s, the idea of a single-cab bakkie version would have been bizarre. The impossible and improbable often only makes sense, and becomes self-evident, once someone is daring enough to do it. This logic certainly applies to

Unlike a ladder-frame chassis bakkie, designed to haul heavy loads and conquer off-road terrain, this E39 530d single-cab is much closer in purpose to Chevrolet's now-defunct Lumina bakkies. Vehicles with a luxury car cabin architecture and great long-distance cruising ability, whilst retaining a generously sized loadbox.

For leisure bakkie owners, the payload is a secondary consideration. The appeal if car-like driveability and a huge loadbox, where you can place all manner of outdoor activity gear. To that end, this custom E39 530d single-cab is superb. It also illustrates the enormous latent potential, which existed, for BMW to have developed a daring bakkie derivative of its own. 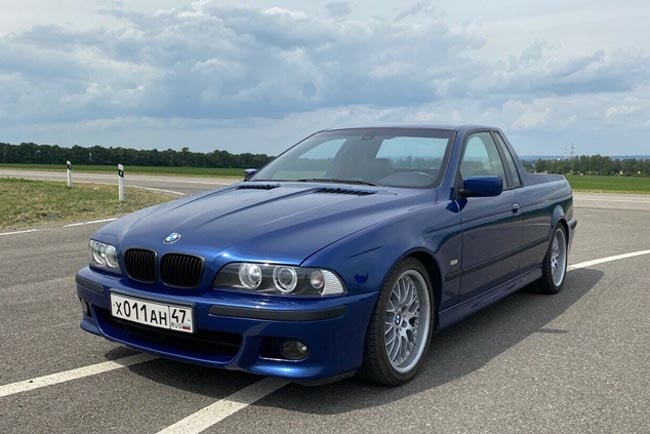 Image: eBay
We live in a world where facts and fiction get blurred
In times of uncertainty you need journalism you can trust. For 14 free days, you can have access to a world of in-depth analyses, investigative journalism, top opinions and a range of features. Journalism strengthens democracy. Invest in the future today. Thereafter you will be billed R75 per month. You can cancel anytime and if you cancel within 14 days you won't be billed.
Subscribe to News24
Next on Life
The Mitsubishi Evo that mattered most: Pajero Evolution is a performance SUV we still need in SA