WATCH | Here are some of the best luxury SUVs for 2020 • SUVs are big business for carmakers.

• Luxury SUVs offer the latest technology and larger engines for the discerning buyer.

• Take a look at several luxury SUVs that offer everything you need, and more.

Carmakers have inundated the market with luxury SUVs this year. From the latest version of the iconic Land Rover Defender to the updated Bentley Bentayga and Aston Martin's first-ever SUV, the DBX. It's been one helluva year for British SUVs.

And while the original Defender is far from luxurious, the new one seen at its world premiere in Frankfurt last year is poles apart from the 1983 version.

Launched locally in the middle of 2020, the Defender is available with a range of petrol and diesel engines, the flagship P400 is powered by a straight-six petrol with mild-hybrid (MHEV) engine technology.

Trim levels for both bodies comprise top-of-the-range Defender X models, as well as Standard, S, SE, HSE specification packs. An exclusive First Edition model features a unique specification and will be available throughout the first year of production.

The other two British brutes are the Bentayga and DBX. The Bentley is hardly the type of rugged off-roader that the Defender is. No, this elegant SUV has been around since 2015, and in June the Crewe-based carmaker released an updated version.

The first batch of deliveries will arrive in November 2020 in V8 form. A plug-in hybrid, and W12-powered Speed versions will follow during the next few months, but these have not yet been confirmed for our local market. 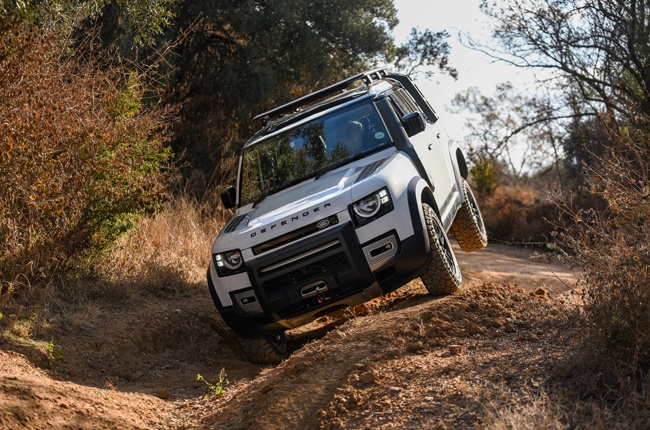 Perhaps the most talked about SUV in recent years is the Aston Martin DBX. The company has gone through a troubled financial period exacerbated by the lockdown in the United Kingdom due to the coronavirus pandemic.

Mercifully, after delays to its production the DBX is finally on the road. It will compete against other luxury SUVs like the Bentley Bentayga and Rolls-Royce Cullinan and is being touted as the car to save the company.

Power is derived from a high-performance V8 engine sourced from Mercedes-AMG and an emphasis has been placed on offering one of the best driving experiences in the ultra luxury SUV segment.

And last but not least, the Mercedes-Benz G-Class cannot be left off the list of luxury SUVs. It offers arguably more presence than the trio we've mentioned and is hugely capable off road.

But would you rather drive a Bentley or a Mercedes?

We live in a world where facts and fiction get blurred
In times of uncertainty you need journalism you can trust. For 14 free days, you can have access to a world of in-depth analyses, investigative journalism, top opinions and a range of features. Journalism strengthens democracy. Invest in the future today. Thereafter you will be billed R75 per month. You can cancel anytime and if you cancel within 14 days you won't be billed.
Subscribe to News24
Related Links
WATCH | Lamborghini Urus vs Audi RSQ8 vs Bentley Bentayga vs Porsche Cayenne Turbo S
The new SA-bound Bentley Bentayga isn't just a stately SUV, it's a magnificent beast
Next on Life
New Ford Ranger bakkie exports help sail the South African flag abroad