WATCH | Why is the world so obsessed with SUVs? 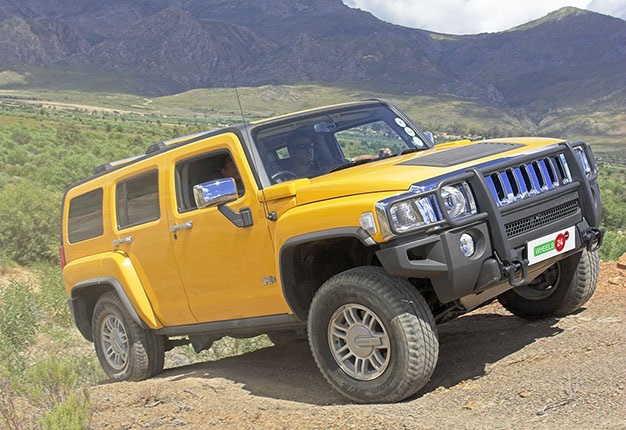 • 40% of new passenger cars sold in the world are SUVs or crossovers.

• Deutsche Welle investigates why SUVs have become so popular in the last two decades.

• Carmakers will keep feeding the public's demand for SUVs because of the larger profit margins compared to other cars.

What is an SUV? A breakdown of the acronym translates to sport utility vehicle.

In layman's terms it is a road-going car that features elements traditionally used for off-road vehicles, such as high ground clearance and four-wheel drive.

SUVs are generally larger than hatchbacks, sedans and station wagons. They weigh more, usually use more fuel and need larger brakes to slow down their greater mass.

In 2020, there are several types of SUVs on offer, from crossovers, mini-SUVs, compact SUVs to mid-size and full-size SUVs.

The choices for consumers looking for SUVs are vast. Carmakers are showing no signs of slowing down and the focus has shifted to electrically powered SUVs.

The demand for SUVs is so high that data shows around 40% of the world's passengers cars sold are some form of SUV - an increase of 20% compared to a decade ago.

What do you like most about SUVs and why? Please email us your thoughts. The global demand for SUVs has carmakers smiling to the bank as the profit margins are greater on these models or similar-looking passenger cars.

SUVs don't cost carmakers as much to produce, compared to hatchbacks, sedans and station wagons, but manufacturers will able to sell them at 40% to 50% higher than those models.

However, there is something more to it than just great marketing. Yes, a school of thought says SUVs play on the reptilian part of our brain. That's the section that controls our most basic instincts, like our sex drive and flight or fight response.

Clotaire Rapaille, a marketing consultant, says the SUV is a "reptilian car". It is about having the biggest car to be able to survive if a situation gets nasty, such as an earthquake or a flood.

An SUV is bigger, has a more powerful engine and more power than many smaller cars. Rapaille says the media portray the world to be a very dangerous place due to natural disasters etc. He says this feeds into the SUV's popularity of being a car you'd want to get yourself out of situations like that.

Effectively, SUVs speak to our most basic instincts of being able to travel where no road exists, of forging our own path in the world.

The downside of course, is that SUVs are powered by larger engines, they need more materials and ultimately, can be more harmful to the environment.

The question is, do we need them in our cities when they aren't used for the purpose they've been designed and marketed for?

Watch the video above as Deutsche Welle investigates why we have become so obsessed with SUVs.

We live in a world where facts and fiction get blurred
In times of uncertainty you need journalism you can trust. For 14 free days, you can have access to a world of in-depth analyses, investigative journalism, top opinions and a range of features. Journalism strengthens democracy. Invest in the future today. Thereafter you will be billed R75 per month. You can cancel anytime and if you cancel within 14 days you won't be billed.
Subscribe to News24
Related Links
Audi Q3 vs Volvo XC40: Here are two premium compact crossover SUVs that make a good buy
These are the most powerful SUVs you could buy in SA
Next on Life
Why Ford's new Ranger Raptor matters: Is this the bakkie that changes the market for SA?