Why Renault needs to debut this engine in its Koleos SUV In 2019, Renault launched its new Koleos in South Africa. The big SUV is no stranger to our shores but was withdrawn from the local market in 2012.

Almost seven years later and the Koleos returned to SA, this time bigger and better than ever before. The new SUV wasn’t just another player in its segment, but came to the party with an amazing level of kit and a surefire ambition to stake its claim.

Three models, all powered by the same petrol engine, were launched. When pressed on why there isn’t a diesel variant, Renault said that a diesel version would increase the price. And rightly so, because diesel-powered vehicles carry a premium over their petrol counterparts.

However, while this is true, there might be a golden line for Renault to tread. A route the automaker could follow if they are to explore having a diesel-powered Koleos in the range. Would it be more expensive than a petrol-powered model? Well, not if the cards are played right. 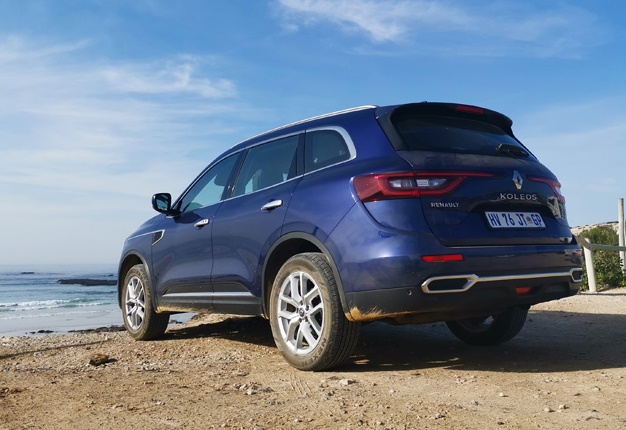 Borrow from the family

As it stands, only a 2.5-litre petrol engine does duty in the Koleos range. This engine produces 126kW and 233Nm of torque and sends power to either the front wheels or all four via a Continuously Variable Transmission (CVT). In all, the package does not fair too badly and can you have an enjoyable drive without fretting too much.

Yet, you can’t help but think that a diesel engine would have made lighter work of any driving task. And that’s where the Duster’s engine comes in.

The Duster’s 1.5-litre diesel motor produces 80kW and 260Nm. The kilowatt figure in this engine is lower than the 126kW in the Koleos, but the torque is more. Furthermore, where the Koleos’ torque is only available at 4000rpm, the 1.5-litre runs at full gallop on 1750rpm - thanks to turbocharging. Would it make sense, though?

The question requires a multi-part answer, because of the various intricacies that come with it. To start off with, the Koleos carries a 178kg weight ‘penalty’ over the Duster. This could put a strain on the 1.5-litre engine if it gets carried over to the Koleos, but this engine has been designed in collaboration with Nissan and Mercedes. As such, this engine does duty in a variety of vehicles and has, according to our records, not missed a beat. This engine is one of the more celebrated units in the motoring world.

The other aspect is whether or not the engine would fit in the Koleos. In theory, yes. At 1864mm, the Koleos is only 60mm wider than the Duster. Given that the 2.5-litre engine is a 1000cm3 bigger than the 1.5-litre, it makes sense, theoretically, to make it fit. If any alterations would need to be made to the Koleos’ engine bay, it would be minimal. Of course, a few changes to the positioning of parts in the engine bay to create an optimal space for the engine would be needed.

And if the Koleos’ CVT can be replaced by the Duster’s brilliant EDC gearbox, then Renault could have a real gem on their hands. Given that the Duster Prestige model is better equipped than the Koleos Expression, Renault could - if it were to fit this diesel engine in the Koleos - create a new entry-level model to the Koleos range. Like Ford did with its EcoSport before adding a more affordable petrol model below the entry-level diesel option.

Given that Duster’s 1.5-litre diesel engine is far more fuel-efficient than the Koleos 2.5-litre engine, Renault could market the “the new” diesel-powered Koleos as the new entry to the range. A fuel-efficient alternative, if you will. If need be, forego a few of the technologies and niceties to justify a sub-R380 000 price tag. Do that, create a watertight marketing campaign, and have the diesel-powered Koleos sell like hotcakes.

In our opinion, a model like this would probably offer you the best bang for your buck. But hey, it’s just an opinion.

Disclaimer: By the time of publishing, Renault South Africa had not yet responded to our queries. We live in a world where facts and fiction get blurred
In times of uncertainty you need journalism you can trust. For only R75 per month, you have access to a world of in-depth analyses, investigative journalism, top opinions and a range of features. Journalism strengthens democracy. Invest in the future today.
Subscribe to News24
Related Links
REVIEW: Holiday break-away in the Renault Koleos
Renault's new Koleos becomes an even more compelling SUV
Next on Wheels24
Why engine output never matters - in a Ranger Raptor SE bakkie, and everything else you should know