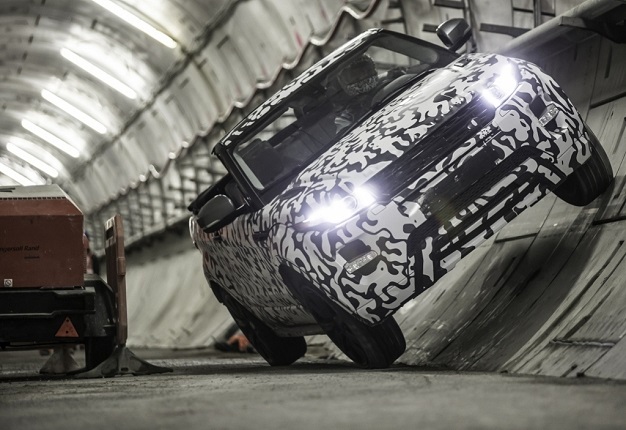 Ahead of its Geneva auto show debut Land Rover has released a video showcasing its new drop-top’s 4x4 ability in a unique proving ground – the 42km of Crossrail tunnels 40m below the streets of London.

The first prototype Evoque Convertible was used for the drive.

The video shows the 4x4 being lowered into the tunnel by crane then negotiating a range of obstacles through a 6.2m diameter tunnel.

Murray Dietsch, director of Land Rover programmes, explained: "The tunnels are still under construction so we had a unique opportunity to explore the vehicle’s all-terrain ability in uncharted territory.”

Land Rover’s compact SUV convertible will go on sale in 2016. Details and prices will be released closer to its launch date.

It will be built alongside the Evoque five-door and coupe at Land Rover’s plant in Halewood, England.

Keep up with the 2015 Geneva International Motor Show with Wheels24.

We live in a world where facts and fiction get blurred
In times of uncertainty you need journalism you can trust. For only R75 per month, you have access to a world of in-depth analyses, investigative journalism, top opinions and a range of features. Journalism strengthens democracy. Invest in the future today.
Subscribe to News24
Next on Wheels24
Watch out, Ranger and Hilux! Mazda's refreshed BT-50 bakkie is finally here in SA