• The SUV is aesthetically pleasing and takes on a fresh design approach.

Peugeot South Africa has had a relatively quiet 2020. Covid-19 aside, the French automaker did little to excite potential customers with a new vehicle and almost disappeared into obscurity as the year drew on. But behind the scenes, everyone knew that 2021 would be a big year for the French giant as it readies for at least two big launches: its Landtrek bakkie and 2008 SUV.

The latter made its appearance in February 2021 and was launched in the midst of a massive thunderstorm in Gauteng and its surrounds. Of course, it was unplanned, but the vehicle held up quite well.

In his launch report, Wheels24 correspondent Reuben van Niekerk wrote: "Tackling the road with trepidation at first we soon realised that the 2008 remained happy despite the horrendous conditions. The Grip Control did an excellent job of ensuring that forward momentum is retained and that the SUV is pointing in the right direction all the time. The vehicle is well sprung, ensuring good interior comfort, without ever bottoming out, even across the rougher patches."

Following the launch, the 2008 GT arrived for review purposes, and much of what Van Niekerk said became achingly evident. Bar the 108, Peugeot is no stranger to building cars that are pleasing to the eye. In a sea of vehicles that are sometimes a tad bland, one can always turn to Peugeot for that 'something else'. The 2008 continues that tradition and is a huge visual delight from front to rear.

Speaking of the front, Peugeot's lion claw theme makes up the headlight design. These lights are positioned as high as possible, adding to the SUV's demanding demeanour. It looks aggressive and purposeful, with a chrome-like strip running across the front bumper's bottom lip. The rear lights adopt the same theme as the fronts.

READ: Peugeot's new 2008 SUV arrives in South Africa - here's what you should know

Inside, the dials and buttons seemingly take inspiration from a fighter jet, but everything remains aesthetically pleasing. The centre screen sitting atop the dashboard is slightly turned towards the driver, but the operating buttons beneath it face forward. For continuity, it would have been a treat to have these face the driver, as well - even just slightly. The information screen in front of the driver takes on a 3D feel, and drivers can access various driving information on it via a control on the steering wheel.

The cabin's overall feel is inviting, but one can't help but think that the unsuspecting user might be a bit overwhelmed by the almost overcomplicated menus and settings. Peugeot improved the 2008's ride quality by a landslide, and will drivers be forgiven for mistaking the SUV for something from a higher segment. The SUV is sure-footed and planted, with little to no body roll when pushing through corners.

The steering wheel feels snug between the driver's hands, but its design can compromise the view one has of the information display. Even with the manual rake and reach adjustment and the driver's seat adjusted in a million ways, I found it a tad difficult to see every detail of the instrument cluster.

The 2008 GT is powered by a 96kW/230Nm petrol engine, displacing 1.2-litres. The turbocharged three-cylinder motor is said to have an average fuel consumption of 6.5-litres/100km, which equates to a range of 677km when the 44L fuel tank is full. However, our test unit failed to cover 400km on a full tank, with most of the driving taking place on the open road, at 120km/h, where consumption sees a general improvement than in the city. The Peugeot 2008 is an essential car for the French automaker's local arm, and the GT is the model that should lead the range into the future. At R479 900, the SUV finds itself in serious company, but it must distinguish itself by proving that it's more than just a visually appealing package.

Peugeot will hope that the 2008 GT will garner the same level of success locally as it has internationally, but it remains to be seen if this lion can claw its way to the top. 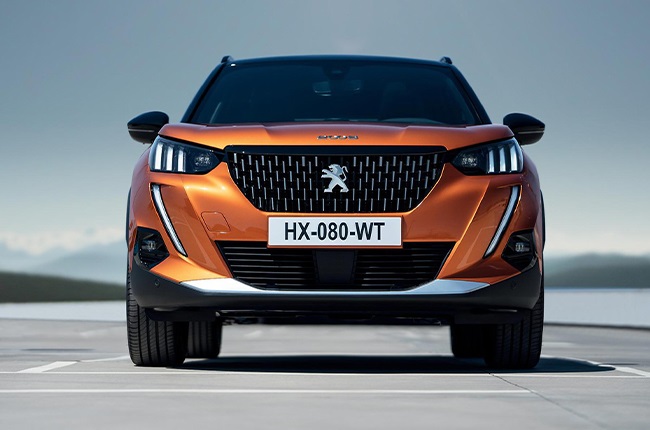 2021 Peugeot 2008
Quickpic
We live in a world where facts and fiction get blurred
In times of uncertainty you need journalism you can trust. For 14 free days, you can have access to a world of in-depth analyses, investigative journalism, top opinions and a range of features. Journalism strengthens democracy. Invest in the future today. Thereafter you will be billed R75 per month. You can cancel anytime and if you cancel within 14 days you won't be billed.
Subscribe to News24
Related Links
Peugeot's new 2008 SUV arrives in South Africa - here's what you should know
Predicting success: Can Peugeot's new 2008 topple its segment when it arrives next month?
Peugeot's new 2008 SUV pricing confirmed for SA
Next on Wheels24
EXPLAINER | What's the difference between a 4x4 and a 4x2 bakkie: Which one should you buy?