Yes please, Volkswagen - The ID. Buggy is a concept car that should see the light

• VW is toying with the idea to reproduce an electric Buggy.

• The ID. Buggy is still a concept vehicle.

• Because it's niche, VW could allow start-ups to produce the ID. Buggy.

If you grew up during the sixties and seventies, you should be familiar with the Volkswagen Buggy. An adaptation of the Beetle, the Buggy was the epitome of a fun vehicle.

The door- and roofless frame drew you in, and it became trendy among those who want to have some peerless weekend fun.

But as the years drew on, production on the Buggy came to an end, yet one can still find ones on the used car market. And if you're lucky, you can pick one up for under R30 000 - and it'll be in a decent condition. For Volkswagen, their vision and business direction did not accommodate the Buggy anymore.

As market and buying trends evolve, so too did VW's product offering. But as of late, their focus has been on electrification, and the Buggy could make its long-awaited return. VW named its electric range 'ID', and the new Buggy is aptly called the ID. Buggy. Though still a concept, the ID. Buggy takes on a much more futuristic approach, it retains the essence of the Buggy that captured imaginations some 70 years ago. The new, modern, electrified version rides on 18-inch all-terrain tyres and the body, it seems, has a floating feel to it - just like the classic.

Because it's an electric vehicle, Volkswagen cleverly worked the battery into the floor of the car to save space and keep the center of gravity low. The 62kWh battery produces 150kW and 310Nm, which should see the ID. Buggy go from 0 - 100km/h in 7.2 seconds and onto a 160km/h top speed.

Importantly, Volkswagen says that the ID. Buggy will have an electric range of about 250 miles, which equates to just over 400km.

I guess this is the big question around the ID. Buggy: Whether there is a market for it. What we do know is that the demand for adventure vehicles is a healthy one. The Suzuki Jimny, Jeep Wrangler, and Mahindra Thar are evidence of that. That should be an indication for Volkswagen that, despite lower sales volumes, there is a definite market for these vehicles.

However, the ID. Buggy is an electric vehicle. While it embraces the concept of adventure, it does its part to take 'give back' to mother nature. This could be one of the significant marketing advantages VW has with this new vehicle, but there is one massive hurdle to overcome: the ID. Buggy is very niche.

READ: Volkswagen is on the right trajectory with its upcoming ID.4 electric SUV

Though the automaker is gradually expanding its ID family, it will focus on more mainstream offerings like the ID.4; vehicles that'll be mass-produced. The ID. Buggy, it will be sold in limited numbers if it should go into production.

However, Volkswagen says there is an opportunity for external manufacturers to build the ID. Buggy, as start-ups can produce it "in a wide variety of versions." If it does come to this, expect the Buggy to make a welcome return to the market.

Should the Buggy make its return, albeit as an electric vehicle? Email us. 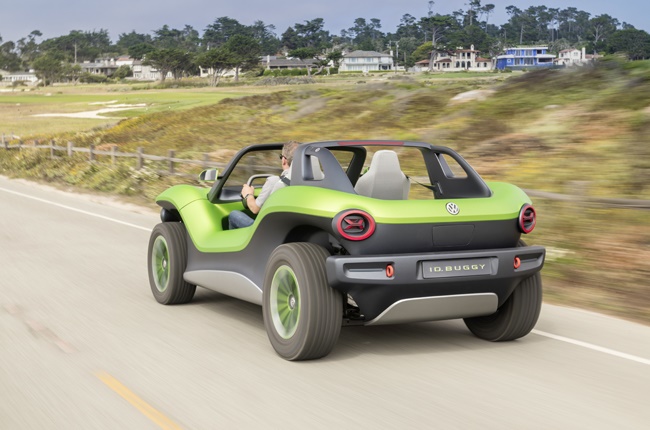 We live in a world where facts and fiction get blurred
In times of uncertainty you need journalism you can trust. For 14 free days, you can have access to a world of in-depth analyses, investigative journalism, top opinions and a range of features. Journalism strengthens democracy. Invest in the future today. Thereafter you will be billed R75 per month. You can cancel anytime and if you cancel within 14 days you won't be billed.
Subscribe to News24
Related Links
OPINION | Volkswagen is on the right trajectory with its upcoming ID.4 electric SUV
Volkswagen reveals the South African pricing for its hot new T-Roc SUV
Next on Life
WATCH | VW ups ante with all-new Amarok, but will SA bakkie lovers find favour? We drive it