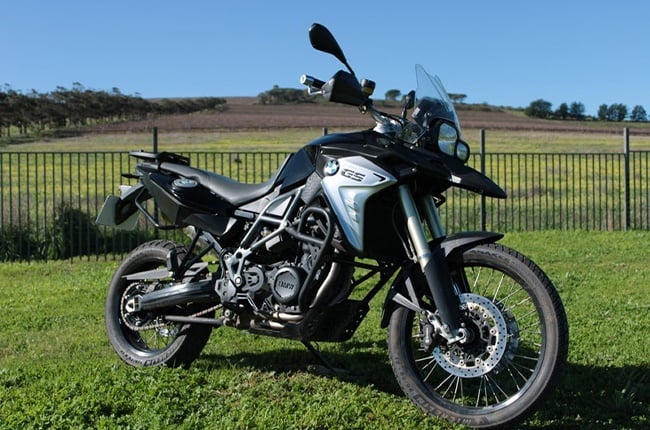 • Page bought the bike for R80 000, but soon wondered if he didn't make a purchasing error.

• Page's opinion of the bike changed after things just 'clicked' during his ownership experience.

The 800cm³ parallel twin on my BMW F 800 GS is about as interesting to me as the Ts&Cs on its warranty contract. To be clear, I'm not a legal nerd - it's bloody boring - and it seems to be the same story for the rest of the bike. It's all pretty vanilla.

So why, when I bought this bike, did I buy it with my heart rather than my head? This is the type of bike you begrudgingly admit is the 'sensible option'. But I didn't buy it after looking at a spreadsheet. I just sort of 'knew' I had to. It wasn't the price, specs, or brand reputation, but something only a real petrol head will understand. This bike had a story to tell.

Just over R80 000 for a 2017 BMW F800GS with around 50 000km, and with a two-year unlimited mileage warranty. Now that's a deal if you ask me. This particular model, while not the 'Adventure' variant, came with some decent stock equipment:

- Handguards (after some negotiation with the dealer!);

Since I plan to test the bike's off-road capability, I swapped out the stock plastic bash plate for something a bit more serious. I also added a plastic top-box to transport various items (I sometimes doubt my logic, though). Luckily, it's easily removable. The bash plate was second-hand, and the top box was more new than used, so the costs evened out at around R2300.

The dealer dropped the bike off at lunchtime on a Friday, and a few hours later, I was off on my first adventure. One of the first things I noticed was that the front-end seemed very light and nimble. Many adventure bikes seem to rely on weight to keep the front-end stable, but that didn't seem to be the case here. Getting the front turned in was easy, and the steering was sharp and purposeful.

I was very impressed with how stable the bike was - not even a whiff of head-shake hitting some bigger holes at speed on the dirt. After 350km (with a good mix of tar and dirt) on the first outing, I was pleased with my purchase. I wish the bike had tubeless wheels, though. I always get nervous riding on fast gravel sections in fear of a pinch flat. Unfortunately, the aftermarket Nutech Tubliss system on my dirt bike isn't suitable for this application.

The clutch action and feel are also a little disappointing. It doesn't have the lightest pull, the engagement point is finicky, and the geometry of the lever is just off.

I have also watched the engine temperature climb quite rapidly when sitting in traffic (apparently the fan only kicks in at around 105-Celsius). These three things make me somewhat hesitant about getting into the gnarly off-road stuff, but I know I will. Eventually.

As alluded to earlier, the geometry on this bike is very good. It starts with the 21-inch front wheel, and the point is driven home by plain and simple good engineering. Trust the Germans to get the little details just right. At first, I was a touch worried that there was no steering damper on the bike, but I soon realized that there was no need for it.

When I gave the bike its first wash, I saw something very telling: high-quality screws with clever little rubber washers. This sort of attention to detail is what leads to a bike feeling premium. It's the same story for the controls on the handlebars: super solid and satisfying to use. 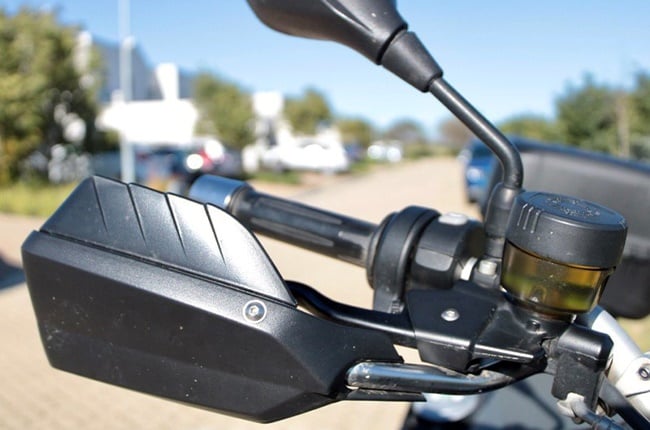 Yes, but there is more to it than that. Pull up at a stoplight, slip the clutch and feed the revs. You will quietly leave almost anything behind. The bike has a sub-five-second 0-100km/h sprint time, even if you don't get it off cleanly. But all business-like, the front wheel will stay firmly planted.

I tried to hop off a small pavement playfully, but it ended embarrassingly with a confused traction control and ABS system throwing me on the neighbour's driveway. In hindsight, it wasn't the bike that was to blame.

There is so much being asked of this GS:

- Be good at long trips (Your big brother went around the world, remember?);

- Be good off-road;Be good on-road (you know most people will commute on them anyway);

- Be comfortable for rider and passenger.

It pretty much nails all of them, but if I'm honest, I am somewhat disappointed. A great piece of engineering, but pretty dull. One afternoon, things 'clicked' with the bike. I was caught behind a dump truck crawling its way up an incline. Without hesitation, I deactivated the traction control, gave a blip of the throttle and dropped the clutch; boring no more.

That's the thing, you see. So much is being asked of the R 1200 GS' smaller brother that the only way to cope is a sort of split personality. Luckily, the wild child isn't hiding far beneath the surface. And if you look closely, you'll notice that BMW gave you clues all along. You need to know what you were looking for.

Fuel tank at the back to keep the front-end light. Look down to see some serious inverted WP forks (such you will find on certain orange dirt bikes), and an adjustable preload on the shock. I don't think it's a coincidence that the button to put the bike into the lively 'enduro' mode is within reach of your right thumb, without even rolling off the throttle. And it's the same story on the clutch side. Hit one conveniently placed button and the traction control is off. Hold it a little longer, and so is the ABS.

READ: Newly launched in SA - Riding a batch of new 900s (and one party crasher)

Now crack open the throttle and either the front is coming up, or the tail will be wagging - all depending how much traction there is. Then, as the revs climb, you realize that the 'boring parallel twin' comes alive after 6000rpm - and then she's angry! You will even get some snap-crackle-and-pop out of the stock exhaust when you inevitably need to roll off. I'm yet to find the rev limiter, and trust me - I've tried. BMW hid a dirt bike just beneath the surface of this business-like bike. And after all the fun and games, you have a GS to take you home.

In good time I will be able to comment on what this bike is like to live with, but for now, it's all about how it makes me feel. This is probably the most important thing about any bike, and this BMW passes with the highest honours.

Rowan Page is the co-founder and co-editor of the motorbike blog On Any Sunday. 2017 BMW F 800 GS
Supplied Rowan Page
We live in a world where facts and fiction get blurred
In times of uncertainty you need journalism you can trust. For 14 free days, you can have access to a world of in-depth analyses, investigative journalism, top opinions and a range of features. Journalism strengthens democracy. Invest in the future today. Thereafter you will be billed R75 per month. You can cancel anytime and if you cancel within 14 days you won't be billed.
Subscribe to News24
Related Links
Whoa, now that's a bike! BMW R 18 Dragster is a custom-built drag machine
Next on Life
PHOTOS | A gate-crashing giraffe and a Series 3 Land Rover – reader on her 'perfect' wedding day