Watch: The reason why taxis 'disregard the law' 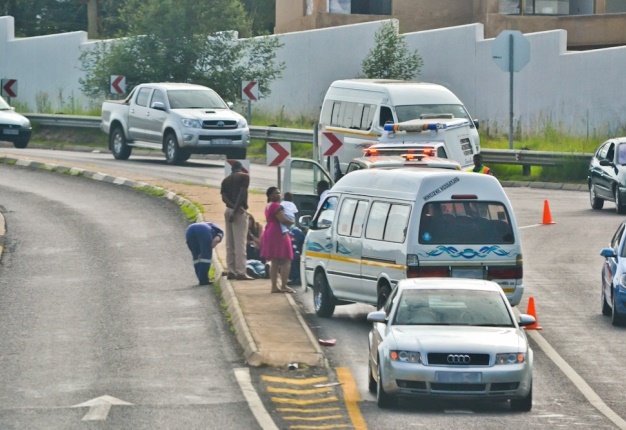 Cape Town - Earlier in August, News24 published a story regarding a crash involving taxi and a train in Shaka's Head, KwaZul-Natal, which killed 15 people.

KZN Transport MEC Willies Mchunu called on road users to "realise the devastating effect of these accidents on affected families, communities and the country's economy".

Daniels said: "We have vehicle crashes everyday, what makes taxis different is that they are seldom roadworthy. None of the passenger's on board is ever buckled up.

"There is a complete disregard for safety and the value of human life inside a taxi. When a taxi is involved in a motor vehicle crash, you can have upwards of 20 people injured.

Read: Is there ever a good time to skip a traffic light?

He said: "A typical vehicle crash can have four to six people involved. As soon as you had a taxi into that equation becomes a much more."

Daniels said that a contributing factor to why taxis are not roadworthy is because the time spent fixing or servicing the vehicle negatively affects the income of a driver or owner.

He said: "A vehicle service takes an owner's money-making tool off the road for a few days. They (taxi drivers) don't expect us to understand how that's even possible because it brings in money every single day."

Watch: The reason why minibus taxis 'disregard the law'

Is there ever a good time to skip a red light?

Is there ever a good reason to skip a red light? Western Cape EMS spokesperson Robert Daniels says: 'If you see someone approaching your vehicle, by all means go!'

We live in a world where facts and fiction get blurred
In times of uncertainty you need journalism you can trust. For 14 free days, you can have access to a world of in-depth analyses, investigative journalism, top opinions and a range of features. Journalism strengthens democracy. Invest in the future today. Thereafter you will be billed R75 per month. You can cancel anytime and if you cancel within 14 days you won't be billed.
Subscribe to News24
Related Links
Do you skip traffic lights? More than 8000 say YES
Typical Taxi behaviour: Double red-light jumper
Next on Wheels24
SA's red-light skippers: 'Reckless and dangerous'