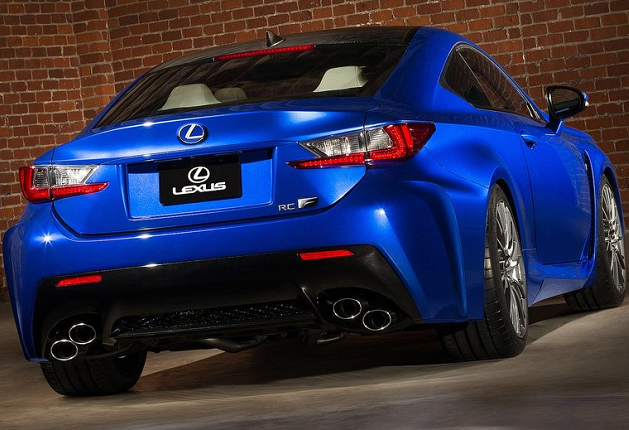 You know a car is fast and means business when it has two exhaust tailpieces on each side of its rear-end.

There aren't many roaming around South Africa as passenger cars. The likes of the Volkswagen Golf R, Audi's RS range, and a few sporty BMW and Mercedes variants are pretty much the closest to seeing them. The ones featured in this list are a bit higher up on the premium scale.

When three is overrated

Whether it's a single tailpiece on each side, three in a row or ones exiting just behind the front wheel, manufacturers are always experimenting with exhaust placements in the pursuit of performance.

Do you know of any other quad exhaust systems we might have missed? Which one is your favourite and why? Please Email us.

Most high-performance cars make use of lighter material like titanium and aluminium, which also gives a car a distinctive note bouncing off of the exhaust. You can't deny it but it looks pretty awesome too.

Below is a list of cars with a set of exhaust tailpieces on each side of the rear available in SA. It just seems fitting to include four: 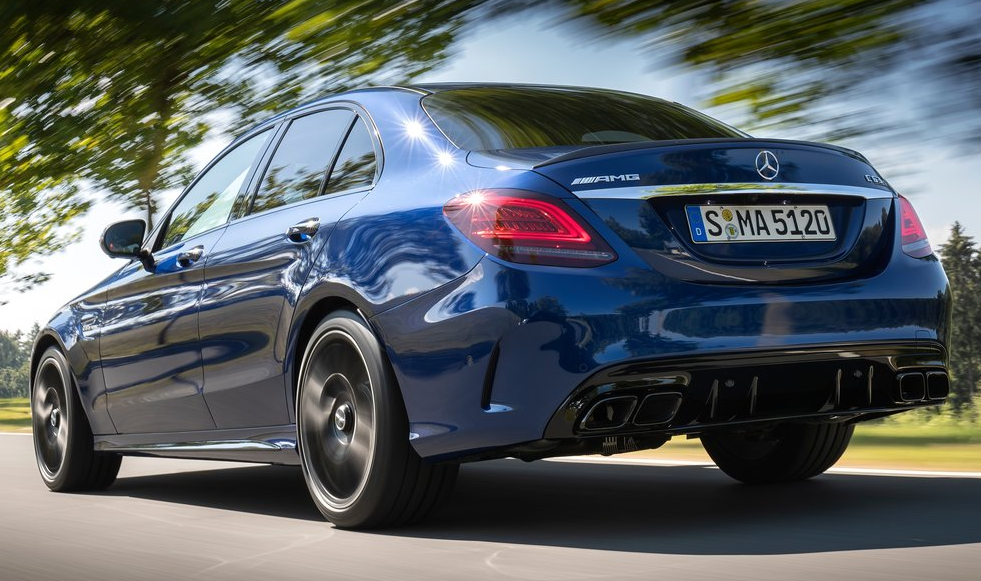 Mercedes-Benz wanted to add more spice to the C-Class range and out came the signature AMG C63 S. It features a host of exterior goodies like the spoiler and rear diffuser in addition to the mighty beast under the bonnet.

Its power comes courtesy of a 4.0-litre V8 biturbo engine that pushes out a staggering 375kW and 700Nm.

Lexus is one of the most underrated brands in South Africa and should be selling much more than they should. They also have a host of quick examples and one of them is the signature RC F.

It employs a naturally aspirated 5.0-litre V8 engine that develops 351kW and 530Nm. There is also a track edition that features a slight reduction in weight as well as sitting more lower to the ground. There are actually several Ferrari models with quad-exiting rears, so it was merely a matter of closing my eyes and choosing one of Maranello's finest examples. You're more likely to see one of these on public roads than either of the other options. The Godzilla always used to feature a single-exiting exhaust but that has since changed since the Skyline name fell away with the introduction of the Nissan GTR.

It's twin-turbocharged 3.8-litre, V6 engine pushes out between 350 and 530kW, although the latest model has seen an increase in power with 408kW and 632Nm. It still incorporates the all-wheel-drive system used in previous generations. Wheels24's Janine Van der Post says: "I have to add the Ford Mustang as a special mention on this list, and in particular, the Bullitt. The sonorous roar coming from the 5.0-litre V8 will soothe your heart with it's burbling melody of 338kW and 529Nm just rumbling through your veins.

"I recall driving this beast for the first time and I said the sonorous roar of the naturally-aspirated 5.0-litre V8 is just heavenly and makes you want to transport yourself into the 1968 chase scene of the Bullitt movie all the time. Mostly because the desire to keep your right foot in the corner of the footwell is always permanent. Whether you're stepping in, or out, of the Mustang Bullitt, heart palpitations are a guarantee, and it's absolutely just exhilarating."

We live in a world where facts and fiction get blurred
In times of uncertainty you need journalism you can trust. For only R75 per month, you have access to a world of in-depth analyses, investigative journalism, top opinions and a range of features. Journalism strengthens democracy. Invest in the future today.
Subscribe to News24
Related Links
WATCH | 'Dirty' diesels are cleaner than petrol, but will it make a comeback?
WATCH: Does your car really sound the way it should?
Next on Wheels24
Reader's Ride | A Ford or a Chev? This Courier bakkie is modified with a roaring turbo V8