• Three supercars line up in this epic drag race.

What a way to end the week with a scintillating drag race featuring three of the most exotic supercars on the planet. The 911 Turbo S may not be the most hardcore version of the 992 range. Having said that, it is one of the fastest accelerating cars in the world with a 100km/h sprint time of 2.7 seconds.

For this drag race exercise, Carwow's Mat Watson lines the German up against the hardcore Ferrari 488 Pista and Lamborghini Huracán Performante.

Let's take a look at what each has to offer:

Porsche 911 Turbo S - The latest Turbo S is fitted with larger exhaust turbochargers and piezo injectors are used for the first time. The exhaust manifolds derived from the 911 GT2 RS improve responsiveness and efficiency, thanks to optimised flow ratios.

It has 478kW and is capable of reaching 100km/h in 2.7 seconds and 200km/h in 8.9 seconds. Top speed? 330km/h. Absolutely bonkers. The Porsche uses a completely redeveloped eight-speed Porsche Doppelkupplung (PDK) which the carmaker says allows extremely fast gear changes without interrupting the flow of power.

The Sports Chrono Package offers the driver a Sport Response button that has five driving modes to choose from: 'Normal', 'Sport', 'Sport Plus' and 'Individual’ – allowing you to adapt the vehicle even more to your personal driving style – and Wet mode.

A powerful package needs superior brakes and Porsche has fitted the Turbo S model has a ceramic composite brake. In terms of dimensions, the crossdrilled ceramic brake discs have a diameter of 420mm at the front and 390mm at the rear. The Turbo S weighs 1640 kilograms. It certainly sounds better than the Porsche due to its 3.9-litre V8 engine with no forced induction. As mentioned, it can rev to 8000 r/min and weighs 1385 kilograms. The Pista draws from its motorsport know-how and uses an Formula 1-style seven-speed dual-clutch gearbox and reach a top speed of 339km/h. 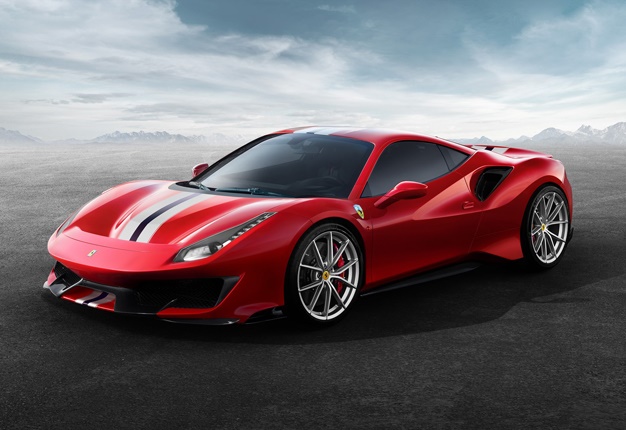 It uses a seven-speed dual-clutch gearbox that sends all its power to all four wheels with a rear mechanical self-locking differential. Unbelievably, the Lambo's 2.9 second claimed time to reach 100km/h from standstill is the slowest of the three. The top speed is 325km/h and it's the heaviest of trio with a weight of 1507kg.

May the best supercar win.

We live in a world where facts and fiction get blurred
In times of uncertainty you need journalism you can trust. For only R75 per month, you have access to a world of in-depth analyses, investigative journalism, top opinions and a range of features. Journalism strengthens democracy. Invest in the future today.
Subscribe to News24
Related Links
WATCH | Lamborghini Aventador SVJ vs Huracan Performante
WATCH | Porsche 911 GT3 vs Turbo S Coupé and Cabriolet
Next on Wheels24
King of the 'Ring: Mercedes-AMG GT Black Series eclipses Lambo's record Subscribe to newsletters
Lockdown For
DAYS
HRS
MINS
Voting Booth
Do you think Lewis Hamilton deserves to be knighted by the Queen?
Please select an option Oops! Something went wrong, please try again later.
Yes, he is an incredible athlete
30% - 50 votes
No, he hasn't done anything special
23% - 39 votes
He is good, but doesn't deserve the honour
47% - 78 votes
Previous Results
Car Doctor
EXPLAINER | Why the exploded tyre on the back of that Ford Ranger caused so much...