I regard myself as lucky. And by the end of this piece, some of you will probably relate to what I’ve put down.

I grew up in an era when not many people had transport. A select few were able to acquire a set of wheels, and even fewer could put pen to paper for a brand new vehicle. Regardless of race or creed, you were regarded as blessed if you could buy a new car.

Some may have seen that as 'rich', however.

We were in the fortunate position that my grandfather could buy a new car when the time came around, and he’d make a genuine effort to take us on a road trip whenever the opportunity came about.

My grandmother - God bless her soul - supported these road trip ventures and would make sure that food is prepped before any long journey is undertaken. Eggs, sandwiches, coffee and cool drinks, snacks, boerewors, chips, and a moist cloth in a plastic bag so that Grandpa can wipe his hands after the snack.

Regardless of the destination, it was always magic.

Share your family road trip stories and pictures! Email us. On the banks of the Orange River. Image: Wheels24 / Charlen Raymond

When we’d get ready for a road trip, Oupa would wash the car or bakkie between 6 and 7am on the day. By the time we wake up, the vehicle would be clean as a whistle, waiting for us to load the boot with luggage and whatever else.

In the kitchen, Ouma is getting the food ready. The house is filled with various smells, and you can’t help yourself from allowing your stomach to growl. But don’t eat, because the food is for the road. All you’re going to get is porridge and maybe some tea - if you’d be so lucky.

DRIVEN: We drive Mercedes-Benz's X-Class bakkie through the Albanian wilderness

Now, if anyone had been to Lambert’s Bay, where I grew up, you’d know that when you enter the town, you have to cross a bridge. It’s not a big one, but it’s the first real sign that you’re either entering or exiting. It’s a mere few kilometers from the 'CBD', but it had quite a significant impact on our road trips.

As soon as we’d cross it, my grandmother would ask if anyone was hungry. Like, Ouma, we just left home! Whether you’re sipping juice or chewing biltong, a nibble was sent your way. The entire trip we’d be eating, giving our jaws a workout while uncle Jim (Reeves) was warming up the speakers. Full stomach and lit music, those were some epic times. It’s just not the same

While some might relate to these stories, others were just not as lucky. And today’s generation of kids and teens don’t know what it’s like to undertake a traditional South African road trip.

For starters, prepping food at home has been replaced by fast-food chains littered across our national highways. Families don’t know what it’s like anymore to have the taste of warm cucumber and soggy bread in their mouths. And no more stopping next to the road, resting on those ugly green cement seats and waving at road users passing by. You can’t because you’ll run the risk of being hijacked!

READ: An unlikely companion - Road tripping through the Western Cape in a V8 beast

But perhaps the saddest part is that they’ll never explore the country in the traditional way. Back then, we played games that were purposed to entertain: what animal is that, spot the face on the mountain, guess the car at night by looking at its lights... and all the while have Oupa and Ouma tell stories about the veld and all its wonders.

Kudos to the families who still keep these traditions alive, because God knows I’m starving for those who never had the privilege. 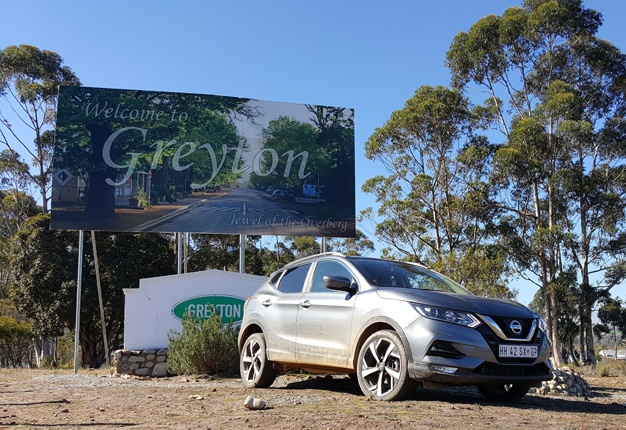 We live in a world where facts and fiction get blurred
In times of uncertainty you need journalism you can trust. For 14 free days, you can have access to a world of in-depth analyses, investigative journalism, top opinions and a range of features. Journalism strengthens democracy. Invest in the future today. Thereafter you will be billed R75 per month. You can cancel anytime and if you cancel within 14 days you won't be billed.
Subscribe to News24
Related Links
An unlikely companion: Road tripping through the Western Cape in a V8 beast
DRIVEN: Can the Mercedes X-Class redeem itself as a premium bakkie? We drive it in Albania
Next on Wheels24
Tuning a VW Polo to a Ferrari Portofino in SA – this is the Wulfchiptegnik story