#SupercarTuesday - Mercedes vs Nissan: Which is the better GTR? The AMG GT R is in fact the model creating the most buzz given the sheer power it produces and its striking looks.

All that put together and the AMG GT R quickly drew comparisons to the legendary Nissan GT-R. Since its inception 10 years ago, the Nissan GT-R has been one of the most important sports cars in history because of its long standing history.

How do they compare in numbers?

The Merc produces a powerful 430kW/700Nm from its 4.0-litre twin-turbo V8 engine. On the other side, the hi-tech Nissan GT-R pushes 408kW from a twin-turbo 3.8 displacement, sending 690Nm of torque to all its wheels. On paper then, the AMG seems to pip 'Godzilla' in the numbers department.

Auto Express recently compared the two vehicles in a series of tests, with the Mercedes finishing ahead of the Nissan in short circuit race and a rolling drag race. The rest of the video includes sound tests and interior checks.

Check out the video below: 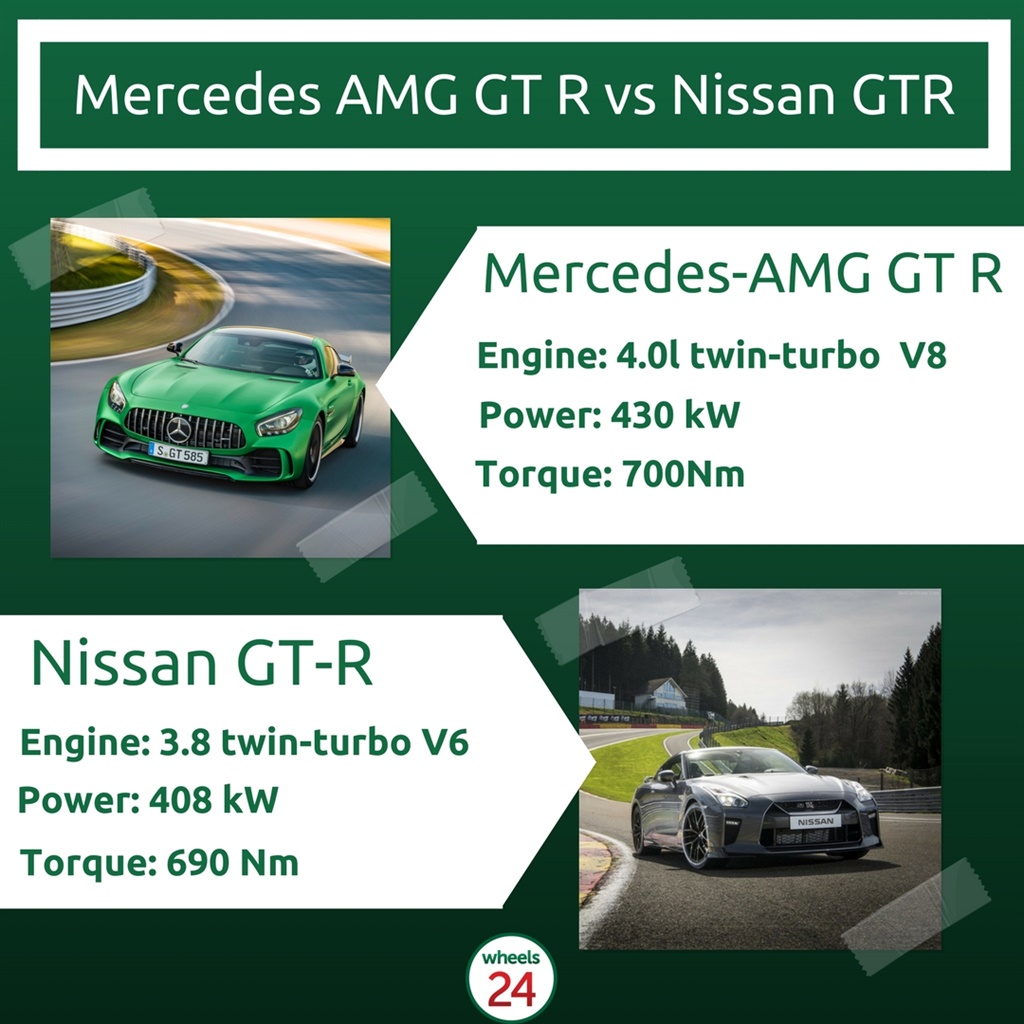 We live in a world where facts and fiction get blurred
In times of uncertainty you need journalism you can trust. For only R75 per month, you have access to a world of in-depth analyses, investigative journalism, top opinions and a range of features. Journalism strengthens democracy. Invest in the future today.
Subscribe to News24
Related Links
50 years of AMG: 3 new beastly Mercedes models for SA
Can you do the #AMGgrowl? Watch SA's Riaan Cruywagen, traffic cop react
Next on Wheels24
Toyota SA adds to Kentucky Rounder winner's prize with impressive mechanical backing