WATCH | The history of Mercedes-Benz' favourite sedan, the C-Class 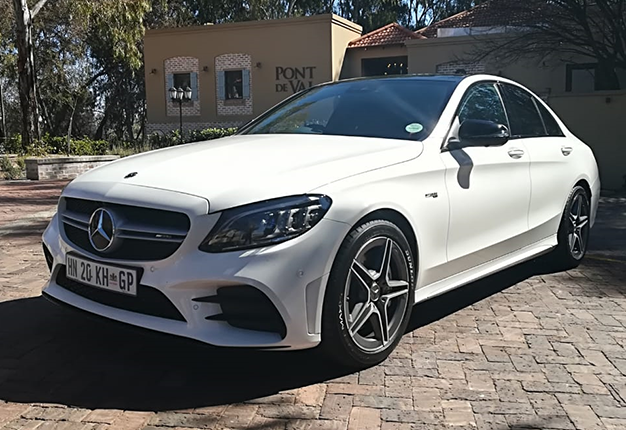 If you are in the market for a premium luxury sedan, sometime when car-buying will resume in the future, German automakers are where you want to be looking.

More specifically, the Mercedes-Benz C-Class, as it is one of the popular choices, famously going up against BMW's 3 Series for luxury supremacy.

C is for C-Class

It has seen plenty of generations and revisions since its introduction back in the early '90s with South Africa having received every single model since then.

The C-Class used to be known as the 'Baby Benz' because of its position in the model range at the time but since the introduction of the A-Class in 1997, it has taken up a more exclusive appeal.

Is there any specific reason why you like the C-Class or are you more of a 3 Series fan? Email us and let us know.

With the launch of the very first C-Class, it was the first model range to put the letter in front of the numbers in its name. The tradition has long since been continued to all of its vehicles.

It comes in both coupe and cabriolet versions, making it the most expansive range out of all Mercedes-Benz models currently on offer locally.

Not forgetting the AMG

Besides the more economically-honed offerings like the C180 and C220d, its AMG series gives those craving speed the perfect dose of going fast, accompanied with a distinctive growl that bounces off the exhaust.

There has been talk of Mercedes-Benz scrapping the twin-turbo V8 engine in favour of a much smaller 2.0-litre powerplant but that is still to be officially confirmed for the latest edition.

We live in a world where facts and fiction get blurred
In times of uncertainty you need journalism you can trust. For only R75 per month, you have access to a world of in-depth analyses, investigative journalism, top opinions and a range of features. Journalism strengthens democracy. Invest in the future today.
Subscribe to News24
Related Links
German compact sedan trio - Audi A3 Sedan, BMW 2 Series Gran Coupe, Mercedes-Benz A-Class Sedan
SPOTTED | 2021 Mercedes-Benz C-Class
Next on Wheels24
Lego unveils a life-sized Lamborghini Sián FKP37 supercar built from 400 000 pieces