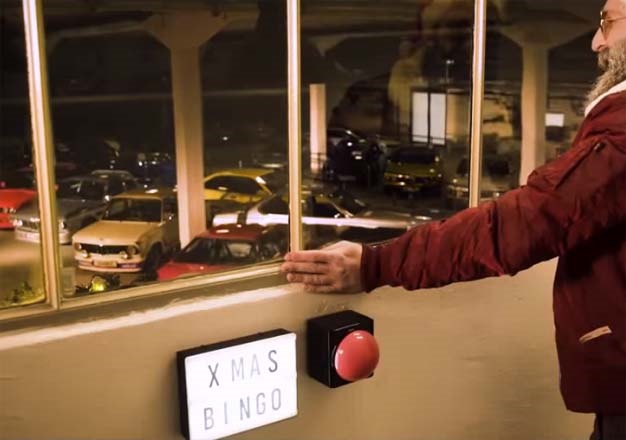 The Germans have always been considered to be a serious bunch of people, and they're not the type to leave you in stitches rather than a good chuckle. But goshdarnit, they do make some good car ads.

2019 has been one helluva year for most people around the year, and while South Africa has won the Rugby World Cup, our home-girl Zozibini Tunzi just won Miss Universe, Brad Binder will race in MotoGP next year, and loads of other SA sporting accolades, it's been rough.

We also can't forget the countless of women and children who have been murdered in horrific gender-violent crimes or caught in gang-war crossfire, and all the other deaths spurred by weather or natural environmental incidents around the world. Our souls are hurt and tired.

I went off tangent a bit, but it's the time of year when we take off the dark cloaks of sadness and find some cheer.

We're smiling more, those bonus paychecks are coming in, and we are all just a bit more tolerant of each other and, spreading love and happiness.

BMW might not make the most hilarious car ads, but they sure make some good ones.

We look back at some of their best over the years, with all of it having one thing in common: bringing people together.

From Santa playing car bingo with the automaker's best cars to their electric models bringing cheer, they will all leave you feeling warm and fuzzy inside and wanting to go out and hug your neighbour despite years of feuds.

We live in a world where facts and fiction get blurred
In times of uncertainty you need journalism you can trust. For only R75 per month, you have access to a world of in-depth analyses, investigative journalism, top opinions and a range of features. Journalism strengthens democracy. Invest in the future today.
Subscribe to News24
Related Links
#FlashbackFriday: This hilarious Audi parking battle video will hit home when you go Christmas...
SEE | Car-themed T-shirts, model cars, Mercedes-AMG shoes - 5 perfect Christmas gifts for...
Next on Wheels24
Hot Wheels making new memories for this car-crazy dad and son (Plus win a Track Builder) Subscribe to newsletters
Lockdown For
DAYS
HRS
MINS
Voting Booth
Do you think Lewis Hamilton deserves to be knighted by the Queen?
Please select an option Oops! Something went wrong, please try again later.
Yes, he is an incredible athlete
34% - 105 votes
No, he hasn't done anything special
21% - 64 votes
He is good, but doesn't deserve the honour
45% - 136 votes
Previous Results
Car Doctor
EXPLAINER | Why the exploded tyre on the back of that Ford Ranger caused so much...