Driving with J9 | We drive fast, work hard, and love deep - to my female motoring journos

• There are still only a few women motoring journalists in South Africa.

It's Sunday, so I'll write my 'Driving with J9' column this afternoon - if I haven't started with it earlier in the week. For months I have been advocating, along with the Automobile Association, to extend vehicle and drivers licences. Despite learner and driving licences being extended until January 2021, I will continue to fight for vehicle licence renewals to be extended, too.

But today, I'm going to do something different. Today, I want to salute the women in my industry, my fellow female motoring journalists. My sisters in motoring, my dearest friends, exceptional women.

Before I can begin, I need to nurse some cramps from hell, clean up the kitchen because I couldn't get to them last night (I was working late and my husband was keeping our toddler busy - thank God for him). I also need to get some lunch ready even though it's late so I'm making a lekker pot of lamb curry for a rainy day. I need to get all this done before the 70th Anniversary Grand Prix this afternoon because it's my turn for the F1 weekend shift. 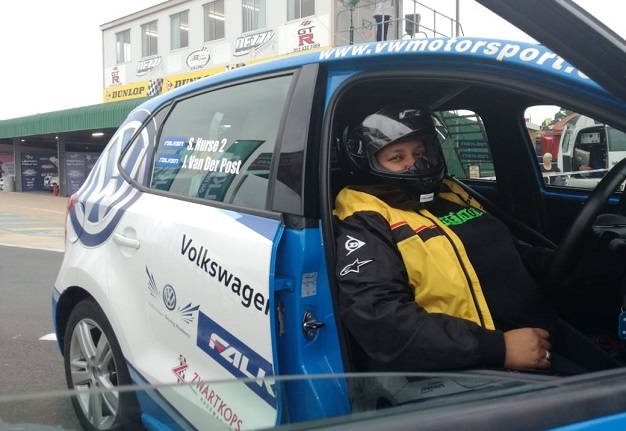 I'm a working mom and wife, and for many of us, it's a three-in-one job where most of our male co-workers only need to focus on one aspect of that - unless they're a single parent. I'm stereotyping here, but yes, it's the still the truth in many households.

When there's a red-eye flight for a launch or a two-day event, my male peers can wake up at 04:00 and be ready for that 05:15 to Joburg. Me? Nope, I have to cook two meals ahead for my family, pack my daughter's clothes, pack her snacks, and put everything ready as I'll be away for a couple of days - then I can leave.

Yet, we do it regardless, without even flinching, and we do it with love.Was it always this easy? It still isn't. But women like Charlene Clarke, Lindsay-Vine Smith, Sukasha Singh, Hailey Philander, Mabs Mabuyane, and Liana Reiners have been paving the way for women in the motoring industry decades ago.

And I'll blow my own horn here too, I was one of the first female online motoring journos in the country also, and now I am the first female editor of a mainstream motoring publication - and I am a woman of colour on top of it. We've had to work hard to be taken seriously or even accepted as equals. And guess what else, we were never here for the Twitter followers or the likes.

These are some of the toughest, bravest, and most beautiful souls I know. They're also some of the best #femalemotoringjournalists in the country ???? They're my sisters, but there a few more missing. We might have some of the best jobs ever, and while the guys can get up, and show up at the next launch, most of us have to cook meals ahead, do prep to leave our husbands and children behind while we drive the heck out of great new cars. And here's to all the other fabulous women in our industry at the various manufacturers who are also not in these pics... But we do what we do, and we do it well. Because we love it, and it's so rewarding... the job, and most importantly, our loved ones and family who always supporting us. I am privileged to know these women, they are my heroes. I love you all. #HappyWomensDay . . . . . . . #loveliveshere #womeninmotoring #womendrivers #motoringjournothings #friendswhoarefamily #cargirls #petrolheads #WomensDay2019 #carlovers #sisterlove

Of course, I had to hear 'what does a young, coloured girl like you know about cars?', and now, even 20 years later, the question is still asked. I know there are so many men in our industry saying they could do a much better job than I am, or how they would do things differently.

*Mommy, I'm hungry!
*Me: I'll dish your lunch up in a minute, darling. Do you see that man on the TV? He is from South Africa, and it's the first time he has won a MotoGP, I just need to write a quick story!*

I had to beg for the beat in motoring when I was an intern, luckily, my passion for motoring spoke volumes, and it didn't take that long. It took some confidence behind the wheel because boys will be boys. On launches, they'd want to race to get to destinations first or see who could drive the fastest - not that much has changed either.

But thank goodness for people like Mark Jones, Reubin Van Niekerk, the late Steve Dlamini and Morgan Naidu, Minesh Bhagaloo, Colin Windell, Wynter Murdoch, and the great Uncles Roger McCleery and Bobby Cheetham who never made me feel indifferent. The list is endless. These folk are our peers, and they moved on over for women like me. Many of them have guided me in the process, sharing some driving skill tips, or life lessons.

Two decades later and we often still find ourselves as the only women at a male-dominated new car launch.

We drive as fast, work as hard, and we're good at it. I think of Niyaaz telling me on the Supra launch last year: "Janine, how fast were you going? I couldn't even catch you!"

Or how Jeanette and I giggled at each other when a couple of our peers divulged how hard they were driving the other day, and we had surpassed their top speed.

There are a few more women on the scene now, but quite often we find ourselves as the only fairer species on launches. And, we've formed a sisterhood of sorts. Juliet McGuire, Kelly Fisher, Melinda Ferguson, Ane Theron, Aurelia Mbokazi, Mabs Mabuyane, Carri-Anne Jane, Jeanette Kok-Kritzinger, Liana Reiners, and Vuyi Mpofu. I know there are a few more...

I'll never forget the day Helene Griffiths whipped all the guys' asses on the Toyota Auris launch several years ago. She took first place in the gymkhana event and left the boys eating dust. Helene is a former motoring journalist, but more importantly, a former rally driver.

I'm not the most technical writer, nor do I know what's wrong with your car if you asked me. Nor do I try to keep up with the guys on the road, we drive our own pace because there's nothing to prove to anyone.

Still, I have a passion for motoring that I've been born with, and it drives me to deliver my best at all times - opening a world to those who have never known a thing about cars, to teach them in the process and make motoring easy to understand. It's brought me to where I am today.

There are days I want to cry because I can't get everything done. And I know my fellow female journos have the same battles. All working moms, no matter the industry. Working from home is an even bigger challenge: you have to work your 8-10 hour day; there's cooking, cleaning, home-schooling and heaven knows what else.

But to the woman reading his, know that your efforts are not in vain, you are more than enough, and you can do anything you put your mind too. Keep on keeping on.

*MOM! My tummy is starving!*

But I end off with this letter from a reader that I think of whenever I doubt myself:

"I thoroughly enjoy your reads. I find it very informative, and like the way your articles are written. It's easy to understand and not packed with information or jargon some writers assume you must know when you read anything about a car or about cars.

"Thank you. Keep up the simplicity.

That's it; I can go colour in with my daughter.

*Looks up* Ah crap, I haven't done the dishes yet.*

We live in a world where facts and fiction get blurred
In times of uncertainty you need journalism you can trust. For 14 free days, you can have access to a world of in-depth analyses, investigative journalism, top opinions and a range of features. Journalism strengthens democracy. Invest in the future today. Thereafter you will be billed R75 per month. You can cancel anytime and if you cancel within 14 days you won't be billed.
Subscribe to News24
Related Links
Women dominate car purchases – so why aren’t cars designed for them?
Women in Wheels | How this young woman reached her goal at VWSA in just five years
Next on Life
Why Malin Ekholm is the world's most important bakkie engineer

Read more on:
janine van der postwomen in motoringdriving with j9women in wheels