• Sandra Labuschagne-Jonck has been involved with rallying her entire life.

• She followed in her father's footsteps, who is a 30-year-veteran in the sport.

• Sandra has several rally victories under her belt.

Rallying is one of those motorsport codes that has, for the longest time, been considered a male-dominated sport.

Fortunately, times have changed and is it a lot easier for women to enter this very demanding racing code.

One woman who has been involved with the rallying ever since she could remember is Sandra Labuschagne-Jonck. Following in her father's footstep, Sandra knows all too well what you must put in if you want to get maximum results. And even with her father being a rally veteran with more than three decades' experience, she still had to make the sport her own. 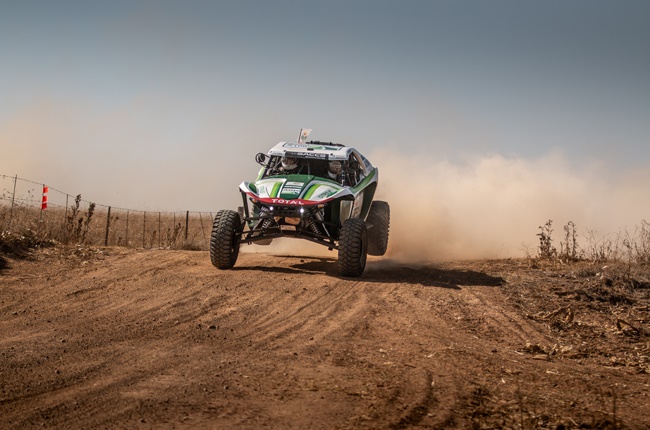 Growing up, Sandra attended almost every cross-country event with her father; learning first-hand and being part of the technical crew and support team. At the age of 18, she slipped into the navigator's seat and would drive alongside her father. It wouldn't be long before she progressed to the driver's seat and become one of the drivers for the Total Agri Racing Porter team. And yes, her promotion was a first-for-women in the cross-country championship.

Just because Sandra has been making considerable strides in her career as a rally driver, doesn't mean that everything was handed to her on a silver platter. Her father, husband (who is also her co-pilot), and team supported her throughout the years - and they still do - but it was in the industry itself that she had to prove her worth, even if her involvement was well-received.

READ: Samantha O'Connor powersliding as the only female in Drift Outlaws

Sandra says: "The misnomer of females being inferior drivers to men remains rife, despite numerous strides made by pioneering women across almost all formats of motorsport. The cross-country racing fraternity has received my participation quite well, but it is unquestionably a team sport, and my support system is very male-dominated."

Like many of her peers, Sandra takes her sport seriously and do not back down from any challenge motorsport throws her way. To prepare for races, Sandra partakes in various forms of physical training, which combines cardio and weight training. Mountain biking, she says, is an excellent way of simulating endurance racing and mental fitness. The preparation is fundamental in not only keeping her on her A-game but ensuring that her rivals have the best possible version of her on any given day. A love for the cause

Having been in the sport from virtually being a toddler, Sandra has a trove of memories and highlights scattered across her career. From winning the Toyota Desert Race 1000 in Botswana to standing on the top step of the podium with her father after clinching the National Special Vehicle championship, Sandra has it all to tell.

"Each moment of cross-country racing has been a highlight to me, especially as the first female driver in the national series," she says proudly. "I feel very privileged to do what I love. Participating in international events and being mentored by female icons in motorsport, such as Juta Kleinschmidt and Michelle Mouton, have also been highlights in my career."

Sandra says that while she has dreams and ambitions to one day represent South Africa in the Dakar, she and her team, along with Total SA and Agri SA, are involved with projects that aim to inspire and uplift communities in need. This includes assisting in feeding those in need and helping to eradicate poverty in areas that need it most.

The team also have their 'Race for a Cause' initiative, where they encourage fans, family, and friends to donate R2 for every kilometer they race during the series. The funds go toward those that need it most. Click here to get involved.

Sandra says in closing: "Never be discouraged by gender, age or circumstances but rather always pursue your passion. Cross-country racing is one of the most enjoyable and challenging forms of motorsport that I have participated in and has given me so much in return. I want to encourage young women to grab any opportunity to become involved. As women, we face many challenges in society and need to rise above adversity. Pushing boundaries and abolishing preconceived beliefs might be the first stepping stone to reaching your dreams." We live in a world where facts and fiction get blurred
In times of uncertainty you need journalism you can trust. For 14 free days, you can have access to a world of in-depth analyses, investigative journalism, top opinions and a range of features. Journalism strengthens democracy. Invest in the future today. Thereafter you will be billed R75 per month. You can cancel anytime and if you cancel within 14 days you won't be billed.
Subscribe to News24
Related Links
Women in Wheels | Samantha O'Connor powersliding as the only female in Drift Outlaws
Women in Wheels | 25 years and counting: Tasmin Pepper's awe-inspiring motorsport career
Next on Life
How Shannon Gahagan went from a sporty V40 owner to Volvo Cars marketing boss