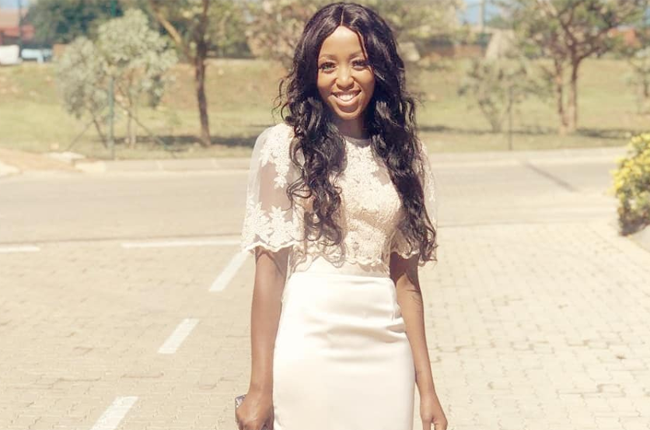 • She began her career in 2013 at dealership level.

She could barely believe that it's seven years already when I asked her how long she's been with Mercedes-Benz South Africa (MBSA).

Lebohang Matsoso, or Lebo as she's fondly known in the industry, is a gentle soul. Kind to the core with a wicked sense of humour. But don't be mistaken by her nature, because behind the smile is a go-getter who is not afraid of embracing opportunities.

"I joined Mercedes-Benz in 2013, at dealer level with the Sandown Motor Group. I was in their Sales and Marketing department," says Lebo as she began reflecting on the last several years. "I moved over to MBSA in 2016 as a Brand Marketing Communications Graduate."

Lebo explains that although she was now in the 'big league', it didn't come without sacrifice. At dealer level, she had a good job, but the graduate position, although a step back, was essential for her career to develop.

She continues: "I had to take a few steps back to allow myself the opportunity to build, grow, and work on the goal." And it wasn't long before she was promoted to Brand Marketing Communications co-coordinator at MBSA, then to Training as a Specialist, followed by another promotion to her current role in Public Relations (PR), Media, and Sponsorships for the entire Passenger Cars portfolio. Lebo is a big supporter of taking chances and not being afraid of the unknown. If anything, that's what the move to MBSA in 2016 taught her. In the years since, she's made it her mission to grow with each passing opportunity, learning, and gaining experience from the various interactions that would come her way. It's this type of mindset she wants other young women to have as they venture through life's journeys.

"As young women, we are now in a position to speak and be heard," she says. "Allow yourself to speak your truth and live with more positivity. We are becoming the change that we want to see. Let's continue to support each other because great things come out of it."

Though she's been in her new role for little over a year, Lebo has received several internal awards, and has been nominated for the 2020 'Motoring Women of the Year Awards'.

"It's quite an exciting nomination, and I look forward to making a positive change for other women in our industry," she says.

And last year, shortly after entering her new position, the GLE launch was her first event after supporting on so many.

Lebo says: "The launch of the GLE in August 2019 was a great one for me. It was my first official (independent) launch in my new role. Seeing everything come together and having the privilege of experiencing a vision come to life is always a great feeling.

"Working for Mercedes-Benz is an honour and a dream come true. The exposure to the product offering, media engagement and the collaborations with other global markets are some of the great aspects." We live in a world where facts and fiction get blurred
In times of uncertainty you need journalism you can trust. For 14 free days, you can have access to a world of in-depth analyses, investigative journalism, top opinions and a range of features. Journalism strengthens democracy. Invest in the future today. Thereafter you will be billed R75 per month. You can cancel anytime and if you cancel within 14 days you won't be billed.
Subscribe to News24
Related Links
REVIEW | Mercedes-Benz's bulky GLE 300d 4Matic AMG Line masks its size with steering finesse
Tracing the AMG GT Black Series' lineage: How the range matured over the last five years
Next on Wheels24
REPORT | Statistics SA highlights transport disparities between women and men