Old but Gold: 'Why the E34 BMW 5 Series will always evoke my emotions' - reader

After reading Wheels24 reader Rene Frans' response about her old Mazda Astina earlier in March, another reader, Neil Hamilton, shared his memories about his old love, his BMW E34 5 Series. Here's what he had to say...

Neil Hamilton writes: "Some cars are just that, cars; a means to travel from point A to point B, a mode of transportation and nothing else but a tool to get the job done.

"And then you have the gems. No, not the priceless and extravagant supercars and hypercars that adorn the walls of men and boys (and a few girls, too!), but the cars that have memories attached to them.

"Vehicles that have meaning that evoke emotions because of what they meant for us, or where we went and who we met with them.

"I named her Bismarck. She was big, German, and had a presence on the road. No being pushed aside by taxis and uber-macho SUVs. NO, Bismarck stood her ground.

Which older vehicle still has a special place in your heart? Email us and we will publish your letter. "I bought her in March 2007, a cash deal. The first car I bought on my own at a dealer. I always loved BMWs and was then driving an E30 318i, which I purchased from my late father. A great little motor that was!

"However, anyone who likes cars know that BMWs are known for their silky six-cylinder engines.

"I had been in the market for a new car for some time and had tested an E34 M5 in Klerksdorp (which had a few tweaks done). I was impressed by how easily the big car drove in town, and how effortlessly it got going, but I got the fright of my life when I opened that thing up on the N12.

WATCH: Why this reader prefers his old 'happy' Mazda MX-5 over the latest hard-top version

"That M5 took off like a scalded cat and scared the daylights out of me. Coming from a mere 85kW 318i into a 200+kW car was a bit daunting, so I ended up passing on the M5 (another regrettable life decision!).

"Anyway, fast forward a few months later and I see a 520i. It looked as neat as a pin and well within budget. Tested it and ugh, a wheezy 2.0-litre in-line six-cylinder that needed revs to get going. But, she ran well and looked good. I was sold. 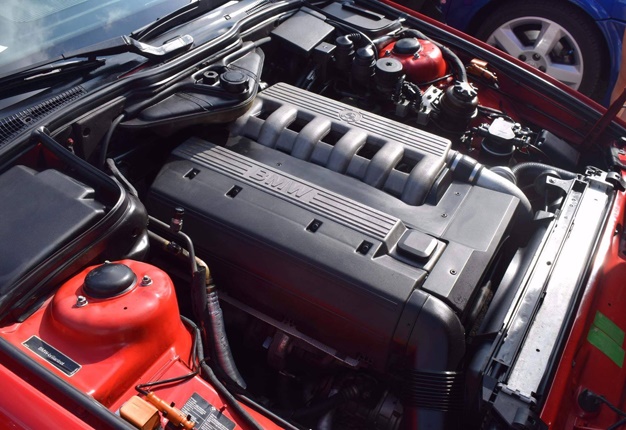 "A freeflow exhaust, branches, some tuning and a set of 17-inch aftermarket rims transformed it, (yes, I riced it just a bit!). She now had a lovely burble on her exhaust, more torque and power, and looked the bit on the new gleaming chrome rims.

"The first trip was to Cape Town. Mom and Stepfather loaded, we flew through the Karoo. I think we did it in eight or nine hours, stops included, but that's neither here nor there.

READ: 'It was love at first sight': Why my old Mazda Astina was such a beaut - reader

"The reason this car stays with me is that in December 2007, I made a trip with a mate of mine to Margate. Long story short, the ex and I didn't work out. I had planned a holiday, left her at home, and took the buddy. At that time, Mxit was all the rage and, as it happened, I began speaking to a young lady. Well…

"Another long story short, we made plans for a blind date. I loaded buddy into the Beemer, and we raced home to Klerksdorp. "I met the girl, and I got her. We moved in together and moved across the countryside after jobs. All this with my trusty 520i burbling along down the highway.

"We eventually got married, had our first daughter, and in all this, the E34 just kept going. Yes, she got a bit scruffy, dings here and there, but that smooth-sixer just sang, and sang, and sang.

"I sold her four years ago, but I still hear that burble in town often and reminisce.

"All my best memories from 2007 to date are attached to that car, and I always think I should get one again.

"They are getting scarce. Well, the decent ones are and everyone think they are gas guzzlers. Oddly, they aren't. Bismarck would do Langebaan to Kimberley on a tank of fuel at a respectable 120km/h.

"It drove well, handled well, was comfortable, and rock-solid with nary a squeak or rattle and could take the occasional abuse. Note: Images are for illustrative purposes only, and not the model referred to by the writer above.

We live in a world where facts and fiction get blurred
In times of uncertainty you need journalism you can trust. For only R75 per month, you have access to a world of in-depth analyses, investigative journalism, top opinions and a range of features. Journalism strengthens democracy. Invest in the future today.
Subscribe to News24
Related Links
'It was love at first sight': Why my old Mazda Astina was such a beaut - reader
WATCH | Why this reader prefers his old 'happy' Mazda MX-5 over the latest hard-top version
Next on Wheels24
LETTER | I'm a paramedic, if we can't get PrDPs, we get suspended without pay