'That day, I taught myself to drive' - Readers share their first driving experiences 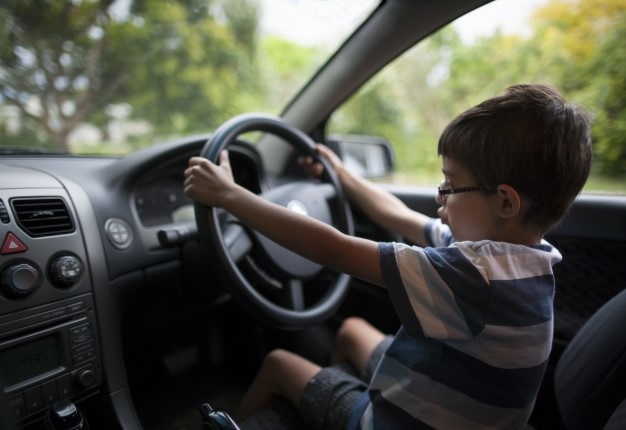 A call to action sent out earlier in May prompted a flood of responses from readers on their first driving experiences.

The genesis was a bizarre story out of the United States saw a five-year-old boy from Utah pulled over on a highway while driving his mother's Dodge Journey.

He told the policeman he was on his way to California to buy a Lamborghini despite having R55 in his wallet.

We asked our readers to share their first experiences of getting behind the wheel at a young age, here are some of the best:

Willem van der Merwe: "My first attempt was when I was three years old. I went through a fence and got stopped by a large protea bush. I was in my grandfather's blue Datsun bakkie. My first successful drive in old Isuzu bakkie was at the age of six.

Both my children also learned to drive at six and at the age of nine could drive 50km on gravel without any assistance."

Ulrich Schulenberg: "My parents have retold the story a few times that when I was two years old, I somehow started my father's Jeep on top of his Beetle in the driveway while they where busy in the house. They came out of the house to find me dressed in a nappy, standing on the driver seat with a smile on my face."

Ozzie Martinez: "I learned to drive stick shift by ditching school running back home where my uncles Toyota was parked. I drove around Santa Ana Ca at the age of 13. Never got caught or pulled over."

This week, a five-year-old boy in Utah, ???? was pulled over while driving his mom’s car on a highway. We want to how young you were when you started driving?

Anwer Ahmed: "My first driving experience came when I was about 10 years old. My dad owned a clothing shop in a small shopping centre and one Sunday he had some work to do at the store. I begged to go with him and after about an hour in the shop while dad busied himself, I got bored.

"I don't think he even heard me saying I was going to sit in the car. I sat, played with the radio but aware it could be draining the battery, I started the VW Mk1 Golfie and having a whole parking lot to myself, I had watched dad a thousand times working the foot pedals.

"That day I taught myself to drive so well when we went home, I assured my father by driving out of the parking lot to the road, he was so impressed he let me drive us home."

We live in a world where facts and fiction get blurred
In times of uncertainty you need journalism you can trust. For only R75 per month, you have access to a world of in-depth analyses, investigative journalism, top opinions and a range of features. Journalism strengthens democracy. Invest in the future today.
Subscribe to News24
Related Links
'When I was 11, I bought an Opel Kapitan for R25!' - This reader shares memories of her first car
What's the earliest age you started driving?
Next on Wheels24
LETTER | I'm a paramedic, if we can't get PrDPs, we get suspended without pay