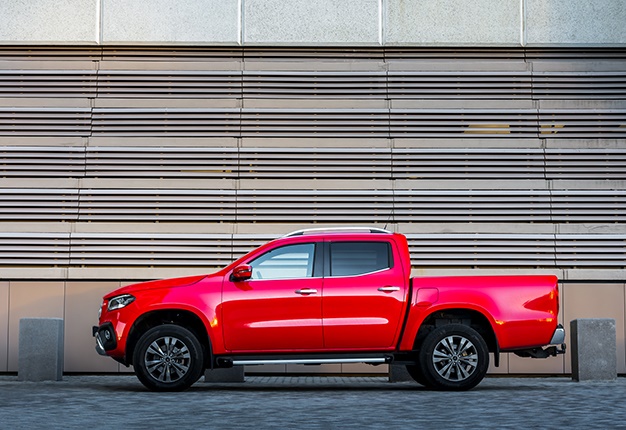 News of Mercedes-Benz ceasing its production of the X-Class actually came as no surprise, and to some, it should never have been built in the first place.

According to the automaker, the production of the bakkie will come to an end in May this year.

Earlier in February, Wheels24's correspondent Lance Branquinho wrote: "Rumours predicting the end of Mercedes-Benz’s X-Class might be closer to becoming fact. Although Mercedes-Benz has remained defiant in the face of weak global sales of its double-cab bakkie, powerful market forces might finally have overwhelmed the project.

"X-Class sales have been very poor, since its launch, and the trend is worsening. In 2018 only 16 700 X-Class bakkies were delivered to customers. Last year Mercedes-Benz sold even less, with 15 800 units produced.

Other than the price, what else do you think could have made the X-Class bakkie a success? Email us.


"The reality of declining X-Class sales has forced a sobering of attitude amongst Mercedes-Benz’s product planners. With the company facing profit pressure going into 2020, after a sharp income drop in 2019, there is no margin for supporting a failing product line. "

But alas, not everyone is happy about the news. Some Wheels24 readers share their sentiments below:
We live in a world where facts and fiction get blurred
In times of uncertainty you need journalism you can trust. For only R75 per month, you have access to a world of in-depth analyses, investigative journalism, top opinions and a range of features. Journalism strengthens democracy. Invest in the future today.
Subscribe to News24
Related Links
Why Hyundai's Santa Cruz bakkie could be everything Merc's X-Class wasn’t
It's finally happened: The Mercedes X-Class bakkie production to come to an end
Next on Wheels24
LETTER | I'm a paramedic, if we can't get PrDPs, we get suspended without pay