Audi and Porsche could join F1 ahead of 2026, but on one condition - report

• Audi and Porsche are reportedly set to join Formula 1 as engine partners.

• As part of the Volkswagen Group, they've insisted on changes to before confirming their entry.

• It's expected that Audi and Porsche could team up with Red Bull Racing and/or AlphaTauri.

Audi and Porsche are reportedly on the verge of agreeing on a deal to join the Formula 1 stable ahead of the 2026 campaign. That is according to Auto Motor und Sport, who say a final decision on the long-term regulations for power units is set to be made before next week's Turkish Grand Prix.

Links between the two brands within the Volkswagen Group and F1 have strengthened in the last few months since they attended a meeting at the Red Bull Ring this summer of F1 stakeholders regarding the future direction for engines.

It was reported that for Audi and Porsche to enter the sport, they were setting a condition that the MGU-H element had to go.

Mercedes recently expressed support for that proposal, with their head of motorsport Toto Wolff saying: "The MGU-H will be dropped if we can find an alignment of many other points. I think it's a compromise that - I can't speak for anyone else - but at Mercedes, we are prepared to enter to facilitate the entry of the Volkswagen Group." 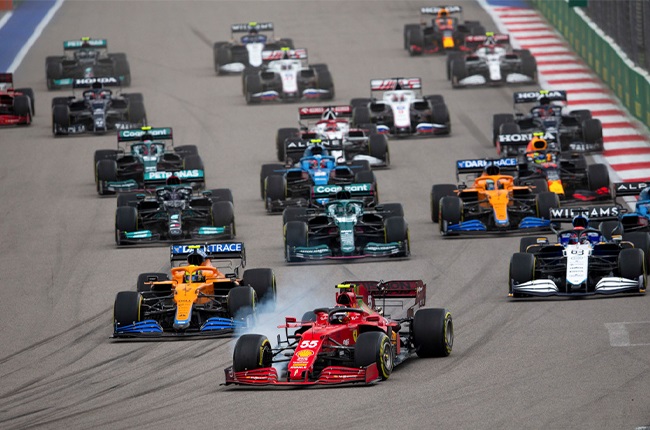 Now it appears that such a compromise has been struck, with Auto Motor und Sport's Michael Schmidt saying: "The MGU-H will only be given up if Audi and Porsche are coming. Both are coming."

The report adds that the Formula 1 engine from 2026 onwards is to be a V6 and that the basic turbo architecture of the power unit will remain unchanged, but that the electrical power output will reportedly rise to 350kW.

Schmidt added: "Stefano Domenicali says things are looking good at the moment. The future engine will most likely be a V6, and there are also rumours that all of the power will centre around the rear axle."

F1 wants to make the new engines more simple and cost-effective than the current units, and dropping the MGU-H, which is used to recover or store turbo-charger energy, is part of that plan.

The 10 F1 teams are currently supplied with engines by Mercedes, Honda, Ferrari and Renault. Honda is withdrawing from the sport at the end of this year, and for 2022, Red Bull Powertrains has been set up to supply the two teams owned by the Austrian energy drink giant.

The entry of Audi and Porsche in 2026 would inevitably give rise to suggestions of one of them linking up with Red Bull.

What a race at Sochi on Sunday

And it all started in style with Lights Out ??????#RussianGP #F1 pic.twitter.com/s4FlrRUwxU