• Fernando Alonso and Mark Webber also were claimants to the title.

2010 was a great year in terms of Formula 1 championship contenders. At the start of the season that year, at the Australian Grand Prix, Fernando Alonso got his Ferrari over the finish line first, followed team mate Felipe Massa and McLaren's Lewis Hamilton. It was clear from the off that Alonso, following two seasons at Renault after a disastrous 2007 spell at McLaren, would be in the mix for the title that year.

But what was slightly less clear was who he championship rivals would be. Perhaps Massa, but after his freak accident a few months earlier no one could pinpoint the Brazilian's state of mind. Maybe Hamilton or his McLaren team mate, Jenson Button? Button did win the second race of the season, after all.

It would soon become apparent that Alonso's rivals to the championship would come from the Red Bull garage, as both Sebastian Vettel and Mark Webber emerged as claimants. 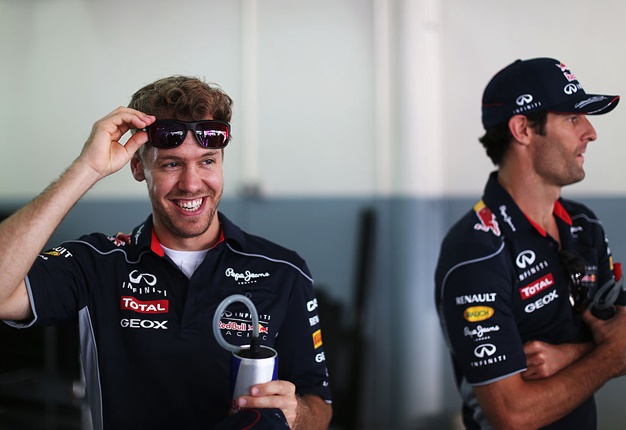 As the season drew on, Vettel and Webber would, respectively, sign five and four wins to their names, while Alonso would equal Vettel's number of victories. It was a slugfest for the title, and Alonso would lead the points table for most of the season.

The Ferrari was good, but several poor strategic calls tipped the scales in their on-track rival's favour. As was the case in Abu Dhabi - the final race of the season.

Alonso and Webber were leading the points table going into the race, and it was evident that one of these two drivers will end the season as the champion. Vettel, however, had an outside chance of clinching it, even though he had never led the championship standings at any point during the season. Alonso and Webber went about their business trying to best one another to the championship, while Vettel was focusing on his race.

At one point, Webber dived into the pits for fresh tyres and Ferrari, buckling under the pressure, called Alonso in, as well. This proved to be a mistake as the Ferrari driver rejoined the race behind the man who replaced him at Renault: Vitaly Petrov. Now in seventh place, Alonso was stuck behind the Russian, but at least the team made sure that he came out ahead of Webber. Vettel, meanwhile, took charge of the race and winning it; leading the championship table when it mattered the most.

Vettel ended the season on 256 points - four clear of Alonso - and sealed his first F1 championship.

We live in a world where facts and fiction get blurred
In times of uncertainty you need journalism you can trust. For 14 free days, you can have access to a world of in-depth analyses, investigative journalism, top opinions and a range of features. Journalism strengthens democracy. Invest in the future today. Thereafter you will be billed R75 per month. You can cancel anytime and if you cancel within 14 days you won't be billed.
Subscribe to News24
Related Links
F1 Gold | 'Multi-21, Seb' - 2013's most brutal battle that almost tore a team apart
F1 Gold | That time Sebastian Vettel won a drenched 2008 Italian GP in an uncompetitive Toro Rosso
Next on Life
First Leclerc's watch in Italy, now Vettel's bag stolen in Barcelona