Fernando Alonso and Renault 3.0: the perfect marriage or a perfect storm? Fernando Alonso of Spain and Renault talks at a press conference during Formula One winter testing at the Autodromo Internacional do Algarve on January 19, 2009 in Portimao, Portugal. (Photo by Mark Thompson/Getty Images)
Mark Thompson

• Fernando Alonso returns to Renault in 2021, for the third time.

• The Spaniard's career will forever be marked by near misses.

• He is known as a divisive troublemaker when things don't go his way.

After a relationship history in F1 ranking more tumultuous than a series of Keeping up with the Kardashians, Fernando Alonso will reunite with the Renault team – to be rebranded as the group's Alpine sporting division – for two years in 2021 at a third attempt at a championship-winning partnership.

Despite 32 wins, 22 poles, 97 podiums and two F1 titles, and double victories at Le Mans and a single at Daytona, there is no career so frustratingly fault-prone off track as that of Alonso.

Marred by controversy, burnt bridges and employment-ending levels diplomacy, the Spaniard's career will forever be marked by near misses.

A mere 11 championship points divided more charitably between the years of 2007, 2010 and 2012 would have netted Alonso three more driver's titles. Subsequent lack of championship-winning opportunities has turned his eyes to distractions outside of F1, such as the Indy 500 (which, once won will make Alonso only the second-ever driver in history to take the triple crown of victory at Monaco, Le Mans and Indianapolis) and his embarrassing flirtation with the Dakar in 2019.

But it's the very what-ifs that have fuelled his relentless hunger; and in his most honest moment of self-reflection, shorn of ego and bravado, Fernando Alonso would admit that nothing matters more than a third F1 crown.

But is Renault the right partner to satisfy the matador's third stab at glory? Equally, is he right for Renault?

Do you think Fernando Alonso could make a difference at Renault (Team Alpine) and help make the sport exciting again in 2021? Please email us your thoughts here.

Alonso brings box office marketability to any team; second in gravitas only to that of Lewis Hamilton. Yet F1 is a cruel mistress to returning champions – think back to the ignominious re-imaginings of Nigel Mansell and Michael Schumacher. The data-driven nature of F1 has turned the sport into a science, and indeed the vehicular dynamics that made Alonso a double champion in 2005 and 2006 are lightyears from relevant today.

The competitiveness of the Renault package remains the most significant question mark, which was tellingly outscored by its (only) customer team in 2019 and reason enough for Daniel Ricciardo to leave the team. Which makes the 39-year-old Alonso's commitment a curious one, considering he has vowed to only return with a championship-winning contender, which Renault clearly isn't – and won't be in 2021. Another relationship red light is Fernando Alonso's reputation of a divisive troublemaker when things don't go his way; and can be linked to two of F1's biggest-ever scandals: his knowledge of McLaren's involvement in 2007's Ferrari-copying Spygate, followed by the Singaporean shame a year later when his Renault team triggered a safety car by ordering team mate Nelson Piquet to intentionally crash and allow Alonso to convert a conveniently-timed safety car-assisted pit stop into a win.

And the messy Ferrari divorce. And the Yakuza-arousing radio call at Honda's home race in 2015 that their F1 engine was no more powerful than a GP2 unit.

Historically unable to financially or sportingly compete with F1's A-list – Mercedes, Ferrari and Red Bull – Renault is hedging its bets on 2022 when an enforced cost cap, emphasis on ground effect instead of surface aero regulations and 18-inch wheels will trigger F1's biggest rules reset in history; along with the hope of a shakeup in the competitive order as a consequence.

Success will come knocking for those that adapt the quickest. Cue the Alonso magic, with experience of every tyre type and brand F1 has used since the start of the century; and an ability to plan and manage a race second only to Schumacher and Senna.

Think back to one of Alonso's greatest victories – Imola in 2005 – where he endured inhumane pressure from Schumacher's Ferrari for the lead in the closing stages of the race. Not for a single lap did Alonso turn, brake or accelerate at an identical position compared to the previous one, all too aware that the chasing driver will exploit any identifiable driving pattern. 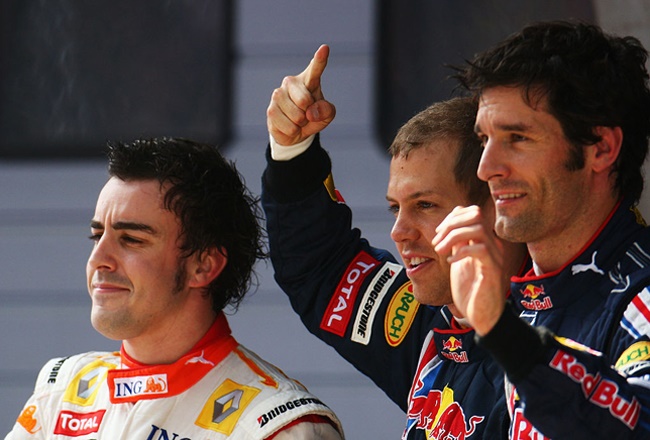 Alonso admits he's not the fastest over a single lap, but as Andrea Stella, his race engineer at Ferrari has pointed out – Alonso completes the perfect circle of traits in a driver, rating highly in all but not excelling in a single one of them. And while most F1 drivers can drive a car to 99.9% of its abilities over one lap, only Alonso can drive the car at 99.8% for an entire race distance.

So can the Alonso/Renault 3.0 succeed, even as content get-alongs if not an outright power couple? As an engineering reference second to none, and a relentless workaholic with metronomic consistency, Alonso's investment in the Renault project is already worth its weight in trophies alone. For their part, his paymasters will be wishing for a team builder instead of a wrecking ball that channels his frustrations towards solutions instead of sowing division when the going gets tough – as it will inevitably do.

Cons? Rekindling a relationship based on nostalgia is betting on a bygone intangible rather than solid prospects. Simulation, data and engineering have changed F1 to the extent that a driver's contribution to the package has been reduced to the point of being worth tenths instead of half-seconds. Modern-day F1 is countlessly more digital and complicated than it was in 2005, and advantages over competitors harder to come by. As a perennial midfield outfit, Renault cannot be too aware of this. Alonso, as a fallen hero whose drive for success they recognise as a double-edged sword remains their best bet, although the outcome will similarly be determined by what happens elsewhere on the grid.

The answer to it all boils down to which party manages their expectations the best. And the question – is not what Alonso can do for Renault, but what will Renault do for Alonso? Eyes wide shut.

We live in a world where facts and fiction get blurred
In times of uncertainty you need journalism you can trust. For 14 free days, you can have access to a world of in-depth analyses, investigative journalism, top opinions and a range of features. Journalism strengthens democracy. Invest in the future today. Thereafter you will be billed R75 per month. You can cancel anytime and if you cancel within 14 days you won't be billed.
Subscribe to News24
Related Links
Does Fernando Alonso know what he's getting himself into with Renault F1's poor performance?
WATCH | F1 greats Alonso and Schumacher battle in Hungary
Next on Life
First Leclerc's watch in Italy, now Vettel's bag stolen in Barcelona