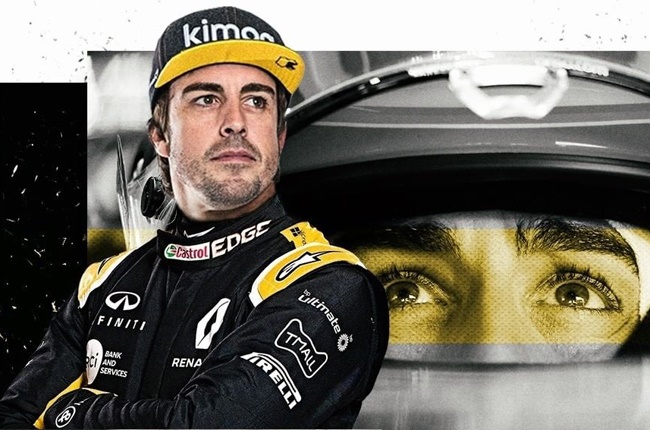 • The Spaniard says he tested negative for Covid-19.

• Alonso was approached by several teams, except Mercedes.

Fernando Alonso has revealed that, amid the coronavirus pandemic, he suffered "for several weeks" with a mystery illness.

Many have noticed that the almost 39-year-old Spaniard, who is returning to Formula 1 next year with Renault, has appeared visibly thinner in recent weeks.

Alonso admits he was sick "for several weeks".

Spanish reports quote him as saying: "I went to the hospital a couple of times, they gave me a lot of tests but in the end we didn't really find out what it was. I tested non-stop for coronavirus but it was always negative."

However, he also told CNN that he is in fact feeling "fresh" after a two-year break from F1, saying: "I feel fresh now, ready for travelling, ready for doing different things, work on the simulator. So I feel better now than when I was 25."

Alonso told Spanish media that, during his break from F1, he got some calls from F1 teams but "not from Mercedes".

He insisted: "That is the team with which everyone would sign with their eyes closed because you would immediately have a winning car."

It poses the question of why Renault elected to go with its former champion Alonso rather than one of its promising juniors like Christian Lundegaard.

READ: Fernando Alonso says he should be judged against the stopwatch, not his age

Cyril Abiteboul, Renault F1 team boss, insists: "This should not be regarded as a lack of loyalty to our own project. The academy's plan was that one of our young drivers is on the grid in 2021, and maybe this will happen.

"But let's face it: the crisis this year had serious consequences, and one of them is that we cannot yet draw conclusions about the performance of Guanyu Zhou and Christian Lundegaard."

We live in a world where facts and fiction get blurred
In times of uncertainty you need journalism you can trust. For 14 free days, you can have access to a world of in-depth analyses, investigative journalism, top opinions and a range of features. Journalism strengthens democracy. Invest in the future today. Thereafter you will be billed R75 per month. You can cancel anytime and if you cancel within 14 days you won't be billed.
Subscribe to News24
Related Links
Fernando Alonso says he should be judged against the stopwatch, not his age
CONFIRMED: Fernando Alonso to return to F1 with Renault in 2021 - team
Next on Life
First Leclerc's watch in Italy, now Vettel's bag stolen in Barcelona