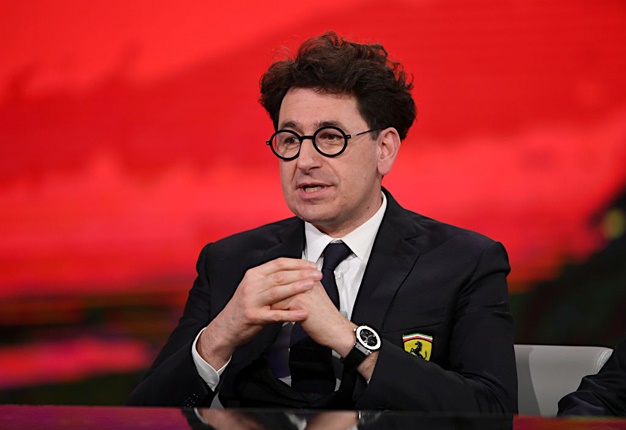 • A successor has been named: Antonello Coletta.

Mattia Binotto's successor as Ferrari team boss may already have been found.

Formula 1's media contingent agrees that the Maranello team is in deep crisis after just two races of the 2020 season.

Corriere della Sera reported: "There was a long briefing in Maranello this week to find out what is being done with the car for Hungary."

It is believed more new aerodynamic parts will be added to the car this weekend, but Binotto's bosses John Elkann and Louis Camilleri are reportedly prepared to take "drastic action" if Ferrari does not make quick progress.

The newspaper further claims: "The men even have a plan for a successor: Antonello Coletta."

A drastic change like that has the backing of many in the Italian media, with La Gazzetta dello Sport insisting: "When the ingredients are good, it must be that the chefs cannot cook."

According to a reporter for German television RTL, however, Binotto could keep the job for the rest of the season at least. Journalist Felix Gorner said he thinks the 50-year-old Italian will remain boss "at least until the winter".

He is quoted by Tuttosport: "Ferrari hasn't won for years. They have an aerodynamic problem and now it seems also with the engine. Nothing would change with Hamilton behind the wheel as a driver makes a difference of 1-2 tenths, not seconds. If I was Binotto, I would give up on this year but also next year and think about the 2022 machine for the new regulations. And I would not hesitate for a second."

We live in a world where facts and fiction get blurred
In times of uncertainty you need journalism you can trust. For 14 free days, you can have access to a world of in-depth analyses, investigative journalism, top opinions and a range of features. Journalism strengthens democracy. Invest in the future today. Thereafter you will be billed R75 per month. You can cancel anytime and if you cancel within 14 days you won't be billed.
Subscribe to News24
Related Links
Oh, Ferrari, you just can't seem to catch a break: F1's most illustrious team in the doldrums
A double blow for Ferrari and Hamilton's fist of solidarity: Winners and losers from the Styrian GP
Next on Life
First Leclerc's watch in Italy, now Vettel's bag stolen in Barcelona