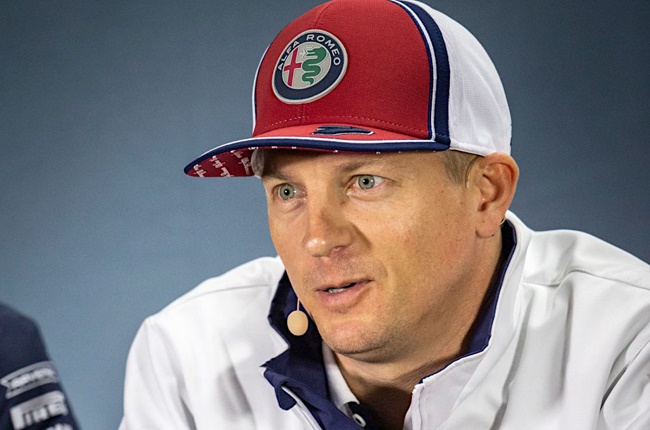 • Kimi Raikkonen's current contract comes to an end this year.

• Raikkonen could retire from the sport or continue racing.

Kimi Raikkonen is an anomaly in Formula 1. To some, he does not fit the mould of an F1 driver; often caught in his own world and disinterested in politics and the fame.

Yet, for others, these are the very reasons why he is so liked by F1 fans the world over.

As of late, Raikkonen's F1 career has been on a bit of a decline. He is driving an uncompetitive Alfa Romeo, he came off an uninspiring second spell at Ferrari that saw him win one race, and all the while his age is on the increase.

It all begs the question: Should Raikkonen still continue racing in F1, or should he call time on a career spanning almost two decades?

Raikkonen was 21-years-old, going on 22 when he lined up at the 2001 Australian Grand Prix driving for the Sauber team. The young man impressed immensely in his debut season; so much so that the McLaren-Mercedes team acquired his services from 2003 - 2006. He was a regular contender for the championship but failed to yield any successes due to technical unreliability on his racing car through all of those years.

In 2007 he made the switch to Ferrari as the replacement for the departed Michael Schumacher and won that year's drivers' championship by a single point from Lewis Hamilton and Fernando Alonso - albeit because of unrest between the two McLaren-Mercedes drivers.

Raikkonen's career at Ferrari went from championship winner to second rate driver, and by the end of the 2009 season, the team ended their relationship with the Finn to bring in Alonso as replacement. Raikkonen would spend the next couple of years racing in the WRC (World Rally Championship), before returning to the sport in 2012 with Lotus.

At the 2012 season-finale in Abu Dhabi, Raikkonen sealed the win, as well as at the opening race on the 2013 season in Australia.

But should he retire?

Hardened Raikkonen fans do not want to see the Iceman call time on his F1 career, but one can't deny that he has lost his edge. At Ferrari, between 2014 and 2018, he only scored one victory and played the clear second fiddle to (first) Alonso and then Sebastian Vettel. Both these drivers are F1 champions, just like Raikkonen, but would never settle for anything less than the maximum.

Raikkonen, it seemed, was just going about his business, and not trying overtly hard to get the maximum out of his car.

Having been driving for the Alfa Romeo team for the past two seasons, Raikkonen is failing to make an impression on races. In 2020, his first point-scoring position came at the ninth round of the championship, but in the preceding races, he never looked as if he wanted to be there. Raikkonen can drive a race car, and his skills and talents are unlike anything we've seen before, but modern F1 cars aren't to Raikkonen's liking, which makes it harder to set the cars up to his preferences.

Raikkonen's time in F1 has come, and 2020 could be his last season in the sport as a driver. But with the Finn rumoured to have a share in the Alfa Romeo team, he could move into a behind-the-scenes role with the team. And his input could immensely valuable with the regulation overhaul looming in 2022.

Should Raikkonen retire at the end of 2020, or should he race for a few more years? Email us.

We live in a world where facts and fiction get blurred
In times of uncertainty you need journalism you can trust. For 14 free days, you can have access to a world of in-depth analyses, investigative journalism, top opinions and a range of features. Journalism strengthens democracy. Invest in the future today. Thereafter you will be billed R75 per month. You can cancel anytime and if you cancel within 14 days you won't be billed.
Subscribe to News24
Related Links
F1 Gold | Why Kimi Raikkonen's final win for Ferrari was also his last in F1
Kimi Raikkonen is Alfa Romeo's first choice for 2021
Next on Life
First Leclerc's watch in Italy, now Vettel's bag stolen in Barcelona