• The difference between Ferrari's performance in 2019, compared to 2020, is chalk and cheese
• Two issues have come into focus which led to the FIA's investigation.
• It also emerged that Sebastian Vettel was never offered a new contract beyond 2020.
• For more motoring stories, go to www.Wheels24.co.za

What a difference a year makes. On 29 June 2019, Charles Leclerc's pole position time of 1:03.003 at the Red Bull Ring in his Ferrari SF90 was more than a quarter of a second ahead of Lewis Hamilton's Mercedes clumsily christened F1 W10 EQ Power +. A lifetime.

From there on, following Formula One's August break, Ferrari was mysteriously able to monopolise pole position for the six consecutive rounds between Spa and Mexico. Leclerc's Belgian debut victory was an emotional tribute to his friend, Anthoine Hubert, who died in a Formula 2 race the previous day at the same track. However, his gladiatorial defeat of Lewis Hamilton at Monza in front of the rapturous tifosi a week later was all about winning Italy's hearts on his meteoric ascent to the status of Ferrari's new chosen one.

And little wonder. It has now emerged that Sebastian Vettel was never offered a contract extension with the team beyond the twilight of 2020. But come this year's Austrian round, Leclerc struggled to a lowly seventh with a qualifying time of 1:04.041 – more than a second off last year's time. 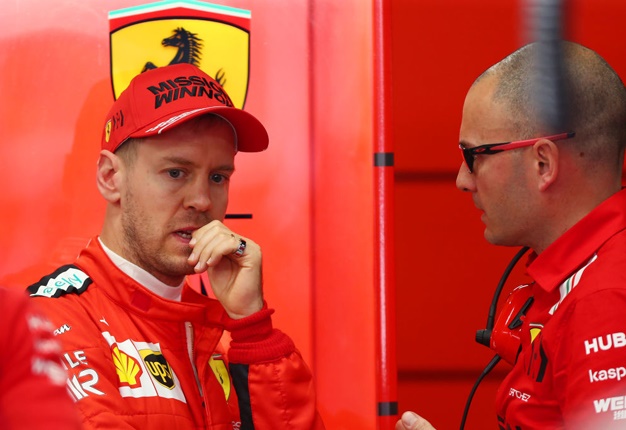 The SF90 was a fundamentally flawed car with its inboard-loaded front wing (where the horizontally stacked elements peak near the centre of the wing, as opposed to at the outer edges) - a maverick concept contrary to that of the more conventionally configured Mercedes and Red Bull.

This meant that outwash turbulent air emanating around the front tyres, sent around the sides of the body towards the rear floor, was prioritised at the expense of the generation of front downforce. The car flew at less downforce-sensitive tracks with mile-long straights, such as Spa and Monza, but had to contend with tyre-scrubbing understeer everywhere else. This, in turn, not only hampered its progress on the stopwatch but consequently, also compromised the pit stop strategy. 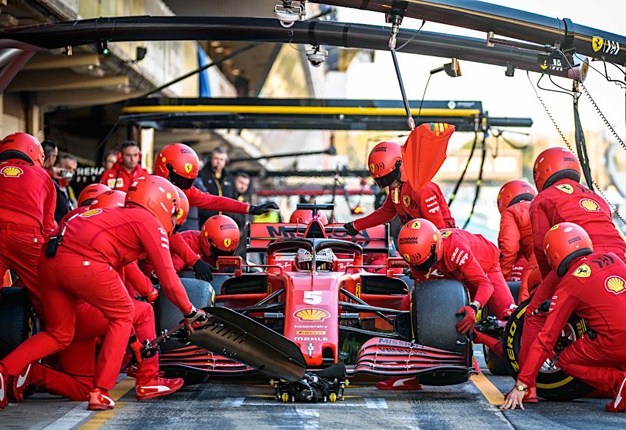 The 235-point chasm to the championship-winning Mercedes team by year end was plenty of proof that thinking out of the box can sometimes be overrated.

However, much of last year's aero concept was carried over to the newcomer and the rumoured whispers about the SF1000's still-lacking downforce levels emerging from Maranello, even before the February pre-season test at Barcelona. This was soon confirmed as Vettel and Leclerc failed to set the timesheets alight as they did at the same event in 2019.

For the SF1000, the attainment of more downforce also introduced the unwelcome addition of speed-sapping drag. The problem has since been identified as a correlation issue when a variance arises between how factory computer simulations predict how the car will perform and how it actually does so on track. With a ban on in-season testing, this is not a quick or easy fix, although Ferrari has vowed to have an upgraded aero package ready for next weekend's Hungarian round, or even this weekend's follow-up race at the Red Bull Ring.

At last weekend's Austrian race, the SF1000's lack of downforce was said to cost 0.3 seconds through the corners alone; with another 0.7 seconds given away on the straights. Which points to the next deficit: power.

As the final Barcelona test wrapped up at the end of February, the sport's governing body, the FIA, published extremely limited findings, following an investigation into the alleged manipulation of the FIA-mandated fuel flow sensor on the SF90 in the latter half of 2019. The inquiry was conducted at the behest of all non-Ferrari-powered teams, spearheaded by the perennially protesting Red Bull team.

What was alleged was that what Ferrari had been doing was straight from the same chapter of genius as VW's Dieselgate "defeat device" trick. Though it was so complicated that the FIA ultimately conceded it only suspected but could not fully prove, hence wording such as "not fully satisfied" in the final report, which was incidentally never made public. Formula One engines are fitted with two fuel flow sensors, the first of which measures flow and sends the information to the team. The second is a tamper-proof FIA-issue unit that ensures fuel flow does not exceed the mandated 100kg/hour limit and relays that information to Race Control. In motorsport, fuel loads are calculated by mass rather than volume because the volume is sensitive to temperature changes whereas mass isn't.

Ferrari had worked out at what intervals the FIA fuel sensor was taking its measurements – and more importantly, when it wasn't, and then momentarily injecting more fuel beyond might have been allowed for more combustion and power. Bear in mind that this would not have been able to happen during a race, where the 100kg rule would have been strictly enforced. But in qualifying, where the rule did not count, Ferrari made it count.

That goes some way towards explaining why Vettel and Leclerc were only able to convert half of the six races they started from pole position from Spa onwards. By the time the circus rolled into Austin for the race at the Circuit of the Americas, Ferrari's number was up and the neutered Cavallino Rampante no more potent than a tired mule, never threatening the Mercs again for the remainder of the season. For Ferrari to have been able to extract such an extreme leap in performance – said to be worth between 30 and 50 horsepower – at such a mature phase of a six-year old engine formula was suspicious already. And, the SF1000's 11km/h deficit through the speed trap at the Red Bull Ring last weekend, compared to that of the SF90, which enjoyed a much more palatable drag-to-power-ratio, suggests that 2020's 065 engine has been shorn of its predecessor's trickery, potency –  and illegality.

However, unintentional, the real punishment for Ferrari's 2019 transgression is still to come. If this year is a write-off for them already – and it very well might be – with F1's 2020 technical regulations set to carry over to 2021, which includes an engine freeze – don't count on seeing them on the podium very often anytime soon.

We live in a world where facts and fiction get blurred
In times of uncertainty you need journalism you can trust. For 14 free days, you can have access to a world of in-depth analyses, investigative journalism, top opinions and a range of features. Journalism strengthens democracy. Invest in the future today. Thereafter you will be billed R75 per month. You can cancel anytime and if you cancel within 14 days you won't be billed.
Subscribe to News24
Related Links
Ricciardo would have 'kicked Ferrari's ass back in shape' next year - David Coulthard
Vettel-Ferrari union continues to break down as Leclerc emerges as team's leader
Next on Life
First Leclerc's watch in Italy, now Vettel's bag stolen in Barcelona