The 'Kings' of Spa: Who's the most successful driver at Formula 1's longest track? • We list several record-holders of the Belgian Grand Prix.

• Michael Schumacher scored the most number of wins at the track.

• Lewis Hamilton and Sebastian Vettel are tied on most number of points.

This weekend, the Formula 1 circus moves to Belgium.

Teams and drivers are rearing to go around, what is, a favourite circuit for many. Spa-Francorchamps, with its unpredictable weather and demanding nature, asks everything of a driver, which is why the fraternity and fans love it.

With the 65th race weekend looming, we'll look at the teams and drivers who enjoyed the most successes around this circuit. Could Lewis Hamilton add another record to his name this weekend? (Mark Thompson/Getty Images)

While Kimi Raikkonen is often regarded as the 'King of Spa', he does not have the greatest number of wins at the track. That honour belongs to Michael Schumacher, who took a record six wins at this circuit during his 'first career'. Ayrton Senna, one of Schumacher's earlier rivals, is next on the list with five wins, followed by Jim Clark and Raikkonen on four.

Lewis Hamilton has three wins at the circuit but could tie with Clark and Raikkonen when the chequered flag drops on Sunday.

Ferrari took a record 14 wins at the circuit, the highest of any Constructor in the sport's history. Though McLaren has seen a massive increase in performance the last few years, it's unlikely that either Carlos Sainz or Lando Norris will take the win on Sunday and push McLaren to tie with Ferrari in 14 wins.

Lotus is the next-best team with eight wins, followed by the dominating Mercedes team on four (make it five, after Sunday).

What is your favourite memory of the Belgian Grand Prix? Email us with your thoughts. Hamilton may not count among the top three winners (for now), but he tops the list for most pole positions around Spa-Francorchamps. With five poles to his name, he betters the likes of Juan Manual Fangio and Alain Prost - both on four pole positions.

As alluded to many times throughout 2020, Hamilton is most likely to put his Mercedes race car on pole this Saturday during qualifying; pushing his number to six.

Ferrari again leads the pole position table for constructors with a record 14 times, followed by McLaren on 11. Williams is third in the list with nine pole position, and Mercedes on six. Who scored the most points?

Hamilton and Sebastian Vettel are tied on points around Spa. Both drivers have scored 152 points around this track, but expect Hamilton to put some clear daylight between him and Vettel come the race. Schumacher scored 102 points, with Nico Rosberg (93 points) in third and Raikkonen on 87 points - the fourth most for a driver.

Ferrari again leads the chart with 531.5 points scored around this circuit, with McLaren following them on 300. Mercedes had stellar years since 2014 and has scored 279 points at the event.

Red Bull has 236 points to their name at the Belgian GP. 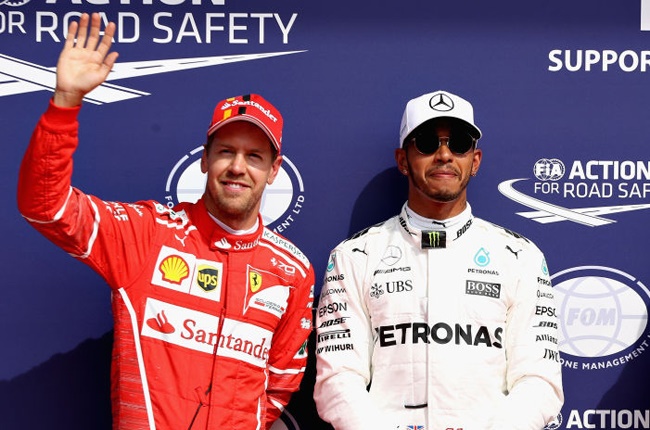 We live in a world where facts and fiction get blurred
In times of uncertainty you need journalism you can trust. For 14 free days, you can have access to a world of in-depth analyses, investigative journalism, top opinions and a range of features. Journalism strengthens democracy. Invest in the future today. Thereafter you will be billed R75 per month. You can cancel anytime and if you cancel within 14 days you won't be billed.
Subscribe to News24
Related Links
Four more races added to 2020 Formula One calendar, but Chinese GP has been cancelled
Hulkenberg could return to F1 next year, but which team should he take up on their offer?
Next on Life
First Leclerc's watch in Italy, now Vettel's bag stolen in Barcelona