Where has Formula One gone so wrong?

• Formula 1 has lost its entertainment value in recent years.

• Will Formula 1 still be around for several more decades?

Two weeks ago, the sleeping pill that was the Spanish Gran Prix demonstrated just how poor a show Formula One can cough up on a bad day.

Tracks with consecutive medium speed corners, exacerbating F1 cars' sensitive aerodynamics that disincentivise wheel-to-wheel duels and necessitate tyre management, have sucked the soul from races; where the outcomes increasingly mirror that of qualifying.

For the sport to retain its appeal to younger audiences with shorter attention and patience spans than its dying die-hard supporters, races need to be adrenaline blowouts staged at exotic locations all over the globe; and ideally, those that have a racing history to call upon.

Do you believe Formula One could become exciting again? If so, what do they have to do differently? Please email us your thoughts here. 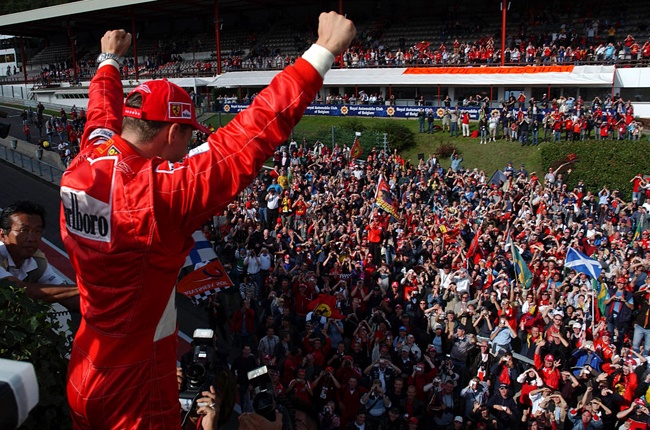 Only the opposite has resulted. Cars have been regulated at different intervals to be slower, narrower, wider, faster, have raised wings and then to have lower wings – all to zero effect of improving the spectacle; trudging around obscure tracks in countries that few people have ever heard of or would ever care to visit.

While the reasons for the F1's overtaking ills are primarily technical in nature, they are also manipulated by F1's darker and unseen DNA: money, politics and vested interests.

Between 2008 and 2014, several F1 teams disgruntled with the proposed technical, financial and sporting vision that the FIA was proposing – united under the Formula One Teams Association (FOTA) umbrella and threatened to form a breakaway series called the Grand Prix World Championship. This was to be run under their own auspices; to show the seriousness of their intent, a provisional calendar was even leaked for the 2010 season.

Fully aware that such an ambitious endeavour would require the support of all teams involved, F1's then ringmaster, Bernie Ecclestone, strategically obliterated FOTA by offering Ferrari, Red Bull and later, Mercedes  – so-called Constructor's Championship Bonuses in exchange for sticking to the then current structure and thereby weakening FOTA through their withdrawal. This was to be paid over and above their results-based income earned as a constructor in the previous year's championship, laying the foundation for F1's severe income gap. That inequality continues today and explains why Formula One has become one formula that's split in two.

As if a bribe masquerading as an attendance bonus wasn't enough, top teams were issued voting rights regarding rulemaking, leading to the formation of what is today known as the Strategy Group. This consists of Mercedes, Ferrari, Red Bull, McLaren and Williams; along with the highest finishing other team in the previous year's constructor's championship.

Motorsport's mortal sin: teams will only agree to rules that help themselves and hinder the rest; almost without exception to the detriment of the sport's spectacle.

Bigger budgets avail more capital to be unleashed in pursuit of a competitive edge. Today, excessive emphasis on data and simulations have ramped up costs at the expense of eliminating any prospect of random occurrence or jeopardy over race weekends. Staff complements have ballooned – a team like Mercedes employs around 1 500 people – rarely to innovate, but instead to optimise every component and process in the business to the nth degree. The consequence has been bulletproof reliability. And predictable, processional Sunday afternoon bore-fests.

Away from the banks and into the boardrooms, F1's current predicament can also be put at the door of the desire to placate engine manufacturers. When 2.4-litre naturally aspirated V8s were ditched at the end of 2013 in favour of 1.6-litre turbo-hybrid V6s for 2014 onwards, few observers were aware of the FIA's double agenda of shouting about greener technology from the rooftops, while, in truth, cowering at the prospect of the loss of one of the then three engine makers in the sport. Honda joined through a painfully difficult birth period in 2015. Still, the requisite bottomless budgets and space-age R&D has continually scared off any other prospective automotive manufacturer from committing to F1, let alone much-needed budget-friendly independents, such as Cosworth. Such leverage has enormously strengthened the hand of F1's engine suppliers in setting F1's agenda, now all too aware of what would happen if anyone of them were to quit F1.

The flexing of their muscles last year ensured that the current engine formula would remain in place until 2024. While on the one hand it was somewhat wanting to protect the fruits of their investments, on the other, it made newcomers – such as Porsche, who in 2017 had built and tested an F1 engine before abandoning it last year – feel very unwelcome.

Adding fuel to the fire is the fact that F1's new owners, Liberty Media's style of governance seems to be one of consensus rather than command. As a listed company with a responsibility towards shareholders, they are duty bound to keep the F1 show on the road, even if it means – to them – pandering to manufacturers' whims. This at a time when strong leadership is most required to deliver outcomes that are good for the sport and not necessarily competitors, instead of power-wielding teams that are still calling too many of the shots or delaying or pairing down decisions that do not further their own interests.

Formula One turned 70 in 2020. While countless other racing series have come and succumbed under the deadly sword of financial, political and regulatory skullduggery, it is astounding that a sport so mature, yet so desperate for change, has remained tone deaf for so long, despite having been in existence to have witnessed so many casualties.

Will F1 still be around in another 70 years' time?

We live in a world where facts and fiction get blurred
In times of uncertainty you need journalism you can trust. For 14 free days, you can have access to a world of in-depth analyses, investigative journalism, top opinions and a range of features. Journalism strengthens democracy. Invest in the future today. Thereafter you will be billed R75 per month. You can cancel anytime and if you cancel within 14 days you won't be billed.
Subscribe to News24
Related Links
Benzing the rules: Will F1's clampdown on qualifying modes clip Mercedes’ wings?
Dreadfully boring! 2020 Spanish GP had very little to write home about
Next on Life
First Leclerc's watch in Italy, now Vettel's bag stolen in Barcelona