• Two South African drivers will compete in the 2020 DTM championship.

• It is Van der Linde's second season in DTM with BMW while Aberdein will have his first taste in a BMW DTM car in 2020.

The link between BMW and South Africa will become even stronger when the 2020 German Touring Car or Deutsche Tourenwagen Masters (DTM) season gets underway this weekend (1-2 August) at the famous Spa-Francorchamps circuit.

The reason? Two South Africans will line-up on the grid as works drivers for the Munich-based manufacturer, namely Sheldon van der Linde and Jonathan Aberdein.

This is van der Linde's second season at the wheel of the M4 DTM. Aberdein, meanwhile, is contesting his first year as a works driver.

BMW's connection with South Africa stretches back to 1973 when the Group opened its first plant outside of Germany in Rosslyn, Pretoria where over a million 3 Series models were produced.

There is a motorsport link too as it was at Plant Rosslyn where BMW built the 530 MLE in the late 70s. It is widely regarded as one of the early steps of BMW Motorsport. The racing version of the BMW 530 MLE won the Star Modified Racing Series three times in a row and went on to become the world’s most successful 5 series on the track. For Aberdein it will be a baptism of fire in the M4 DTM. The 23-year-old racing driver caught the attention of the works team with impressive performances for customer team WRT.

He impressed with a total of eight top-ten results, including two fourth places, on his way to finishing tenth in the 2019 drivers’ championship behind the wheel of an Audi.

But the youngster has always been fond of the Bavarian brand. "One day, when I was still pretty young, I arrived home and there was a bright red BMW M3 E46 in the garage that my father had just bought", Aberdein reflected.

"And I thought that was by far the coolest thing I had ever seen in my life. That was a really, really high performance car and still now is one of my favourite BMWs."

Aberdein's passion for the brand has never waned. "I’ve always liked all the BMW M3s and M4s that BMW have produced. And then, at the beginning of this year when I signed my first professional contract with BMW, that was a very, very special moment."

The season's opening race has been delayed due to the coronavirus pandemic and we hope local fans will follow the progress of SA's two young prospects in DTM. 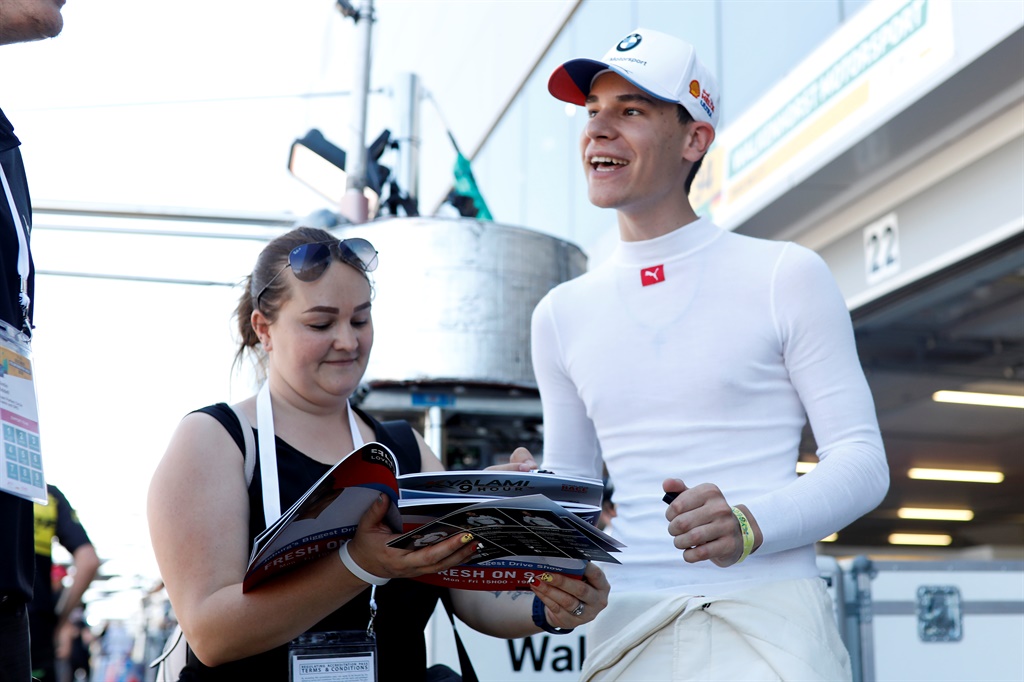 We live in a world where facts and fiction get blurred
In times of uncertainty you need journalism you can trust. For 14 free days, you can have access to a world of in-depth analyses, investigative journalism, top opinions and a range of features. Journalism strengthens democracy. Invest in the future today. Thereafter you will be billed R75 per month. You can cancel anytime and if you cancel within 14 days you won't be billed.
Subscribe to News24
Related Links
Lockdown | How pro-racer Sheldon Van der Linde keeps fit
Next on Life
Zwartkops set for penultimate Mobil 1 V8 Supercars battle