• Henk Lategan and Brett Cummings won the second round of the South African Cross-Country Series.

• The duo qualified first and led the race from flag to flag.

• Lategan and Cummings are the reigning SACCS champions.

Defending South African Cross-Country Series champions, Henk Lategan and Brett Cummings dominated the Bronkhorstspruit 400 from flag to flag. The pair secured victory in the second round of the championship, but it wasn't without a few challenges.

The duo smashes the qualifying race on the Friday with a winning margin of over 20 seconds. Chris Visser and navigator Danie Stassen, also in a Class FIA Toyota Hilux were second.

The pair put their Hilux, sporting some upgraded and new components, on pole position for the main event, and made the most of their position despite having to open the route.

"We got off to a slightly shaky start,"said Lategan after the qualifying race. "I had forgotten my water bottle in the footwell of the car, and I had to fend off the errant bottle throughout the first part of the stage. But then, in a controlled zone, I managed to get everything squared away, and we picked up the pace towards the end. The action got underway on the Saturday with two 150km loops.

"During the first loop, we got stuck behind a closed gate," explained Lategan mid-way through the race. "Brett had to get out and open the gate, and we lost about one-and-a-half minutes in the process. In the end, the stewards gave us that time back, so no harm done."

There was a heart-in-your-mouth moment for the leaders mid-way through the second loop when they reached a dam wall. Lategan drifted slightly wide when turning towards the wall, and the Hilux slid down the bank, nearly rolling into the water. He managed to keep the car dry, but it was precariously balanced over the water.

"We both climbed out of the car to assess the situation, and then decided to try to extricate the Hilux. I got back in, while Brett waited on the side. Plenty of power and a bit of luck saw us back on the road, and we had a clean run to the finish from there,"continued Lategan. 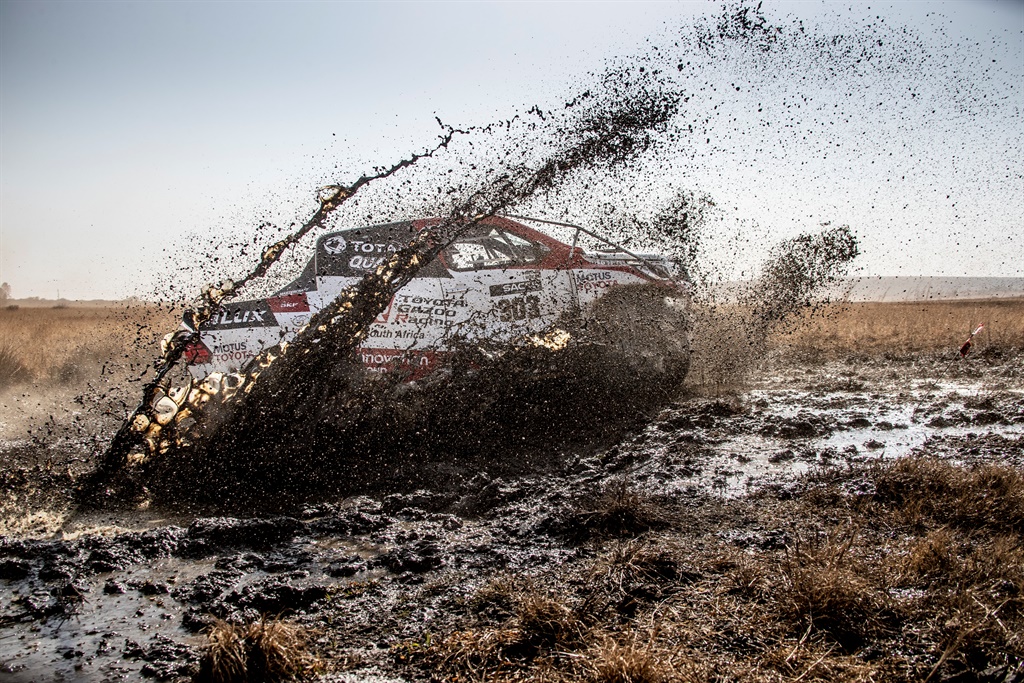 We live in a world where facts and fiction get blurred
In times of uncertainty you need journalism you can trust. For 14 free days, you can have access to a world of in-depth analyses, investigative journalism, top opinions and a range of features. Journalism strengthens democracy. Invest in the future today. Thereafter you will be billed R75 per month. You can cancel anytime and if you cancel within 14 days you won't be billed.
Subscribe to News24
Related Links
SA cross country championship restarts at Bronkhorstspruit 400
Flashback Friday | Kamui Kobayashi smashing the quickest ever lap of Le Mans
Next on Life
Zwartkops set for penultimate Mobil 1 V8 Supercars battle