• The third round of the  South African Cross-Country Series takes place in the Free State.

The third round of the 2020 South African Cross-Country Series (SACCS) is scheduled for this weekend, 19 and 20 September.

Toyota Gazoo Racing SA announced it will field a three-car strong line up for the Total Agri 400 race, that takes place in the area around the Free State town of Bothaville.

Defending champions Henk Lategan and Brett Cummings spearhead the assault for Toyota. The duo has won the opening two rounds of the season and will be aiming to continue their good form, despite the challenge of an entirely new route. "Henk and Brett have shown great pace this year, and they certainly deserve their spot at the top of the championship standings," says team principal, Glyn Hall.

"As ever we’ve been working on refining our race-proved Class FIA Toyota Hilux for the upcoming event, and we’re hoping that all three crews will benefit from the slight changes we are implementing."

Under Covid-19 protocol, fans are still not permitted in the Designated Service Park (DSP), which will be set at the Nampo showgrounds for the race.

Spectactors will miss out on the sound of the Hilux's naturally aspirated roaring V8 engines, which "will sound better than ever" in Bothaville, thanks to some under-hood tweaks says Hall. 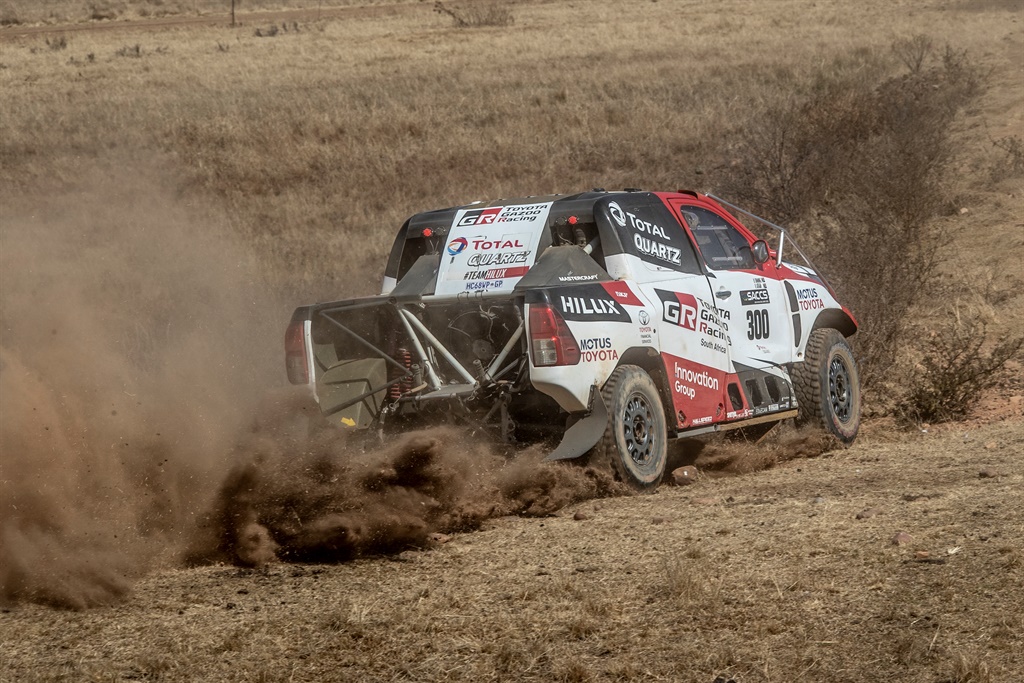 De Villiers in pursuit of Lategan

Giniel de Villiers will again partner with stand-in navigator Juan Möhr, who is doing duty with the Dakar legend while Spanish co-driver, Alex Haro, remains unable to travel to South Africa due to the ongoing Covid-19 pandemic.

De Villiers currently finds himself 19 points adrift in the championship, and will need to win in Bothaville if he wants to catch up to teammates Lategan/Cummings.

The third Hilux crew will again consist of Shameer Variawa and Dennis Murphy, who have yet to find the form shown towards the end of the 2019 season.

The pair will be hoping for a good result in Bothaville, as they currently have both Chris Visser (Toyota Hilux) and Brian Baragwanath (Century Buggy) ahead of them on the standings. What can the drivers expect in the Free State?

According to the organisers, the route for the inaugural Total Agri 400 promises a mix of terrain types; and despite the fact that the race will be run in one of the country's biggest maize-producing areas, the route will feature sand, rocks and plenty of tricky tracks.

Fans can follow the action via the Rallysafe app, which is available free of charge for both Android and iOS.

The racing gets under way with a qualifying loop on Friday, which will be used to determine the starting order for Saturday's main event. We live in a world where facts and fiction get blurred
In times of uncertainty you need journalism you can trust. For 14 free days, you can have access to a world of in-depth analyses, investigative journalism, top opinions and a range of features. Journalism strengthens democracy. Invest in the future today. Thereafter you will be billed R75 per month. You can cancel anytime and if you cancel within 14 days you won't be billed.
Subscribe to News24
Related Links
SA Rally Championship: Toyota Gazoo Racing's Botterill and Vacy-Lyle dominate Lake Umuzi event
Next on Life
Zwartkops set for penultimate Mobil 1 V8 Supercars battle