Inside Mazda's fallout with the 2017 SA Car of the Year 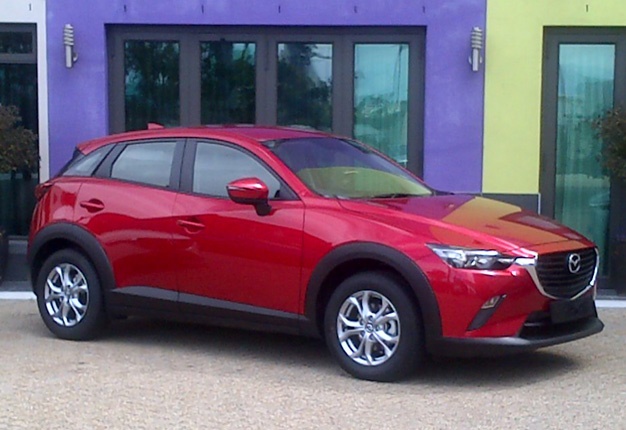 Cape Town - SA Car of the Year is a much-anticipated event and there can be no doubt that many manufacturers covet the prize. But not everyone feels this way. A blot on the event this year was the non-participation of Mazda. Like it or not, the withdrawal of a major manufacturer is a blow to the integrity of an event that is always a source of discussion and debate.

The SA Guild of Motoring Journalists (SAGMJ) has gone to great lengths over the past few years to bring transparency to the voting process, and to fine-tune the voting system to guard against perverse results and odd anomalies, even going so far as to engage the University of Pretoria’s statistics department to help design the voting process.

But despite this, in a sea-fog of rumour, Mazda pulled out this year, withdrawing the crossover CX-3, which was voted as a top-ten finalist by the jury at the SAGMJ.

Communications between Mazda’s MD David Hughes and fellow members of the Naamsa (National Association of Automobile Manufacturers of SA) PR Forum, explains that Mazda withdrew from the competition in protest at various issues.

Specifically, Hughes objected to being asked to pay both a South African Guild of Motoring Journalists (SAGMJ) membership fee of R7000 a year as well as a R15000 entry fee requested once the CX-3 was announced as a finalist, a “150% increase” over the previous year’s fee, he said. He said he was unwilling to pay this fee.

The SAGMJ, however, says the fee is the combination of a small entry fee, which it has always charged to pay for logistics around running the event, and a marketing fee to pay for additional marketing as required in its contract with Wesbank.

Bernard Hellberg Jnr, who runs the Car of the Year event at SAGMJ, says the combination of these two costs as a single fee was implemented in consultation with the Naamsa (National Association of Automobile Manufacturers of SA) PR Forum – a body of motor industry PR practitioners – at a meeting which was attended by a Mazda representative.

What do you think of the 2017 SA Car of the Year? Is the process fair to all competitors? What changes, if any, would you like to see implemented for the 2018 edition? Email us.

Hellberg added that SAGMJ offered to look into cancelling the fee altogether in light of Hughes’s objection, but that Hughes by that point regarded the horse as having bolted.

A final concern expressed in Hughes’s email was an implication that some publications were using Car of the Year to bully manufacturers into taking advertising, citing “requests along the lines of: ‘We will be running a COTY feature in our upcoming issue; as a finalist we thought you would like to advertise’.”

“Implied or otherwise, this ambiguous approach sends an obligation message and I am now left wondering about the ramifications if not supported,” he wrote.

The Guild says it cannot control the behaviour of publishing companies, many of whom have interest far beyond the boundaries of the motor industry, but that it would regard such behaviour as abhorrent if it was ever found to be taking place – and to date there has been no suggestion that these things have occurred.

There is, however, some light on the horizon in this spat. Both Hellberg and Mazda’s representative Nosipho Manitshana said independently that Mazda has not withdrawn from the event permanently.

Manitshana said the company will look at it again next year. Additionally, Hughes will at the end of March be leaving his post at Mazda SA and will be taking up a role within the company in Australia.

For the integrity of the competition, all parties will no doubt be hoping for a resolution to what Hellberg described as an “unprecedented” situation.

We live in a world where facts and fiction get blurred
In times of uncertainty you need journalism you can trust. For only R75 per month, you have access to a world of in-depth analyses, investigative journalism, top opinions and a range of features. Journalism strengthens democracy. Invest in the future today.
Subscribe to News24
Next on Wheels24
AutoTrader Vehicle Search

Subscribe to newsletters
Lockdown For
DAYS
HRS
MINS
Brought to you by
Voting Booth
Who do you feel was at fault for Verstappen and Hamilton's Italian GP crash?
Please select an option Oops! Something went wrong, please try again later.
Verstappen
25% - 1422 votes
Hamilton
43% - 2406 votes
They were both at fault
32% - 1780 votes
Previous Results
Car Doctor
Why covering your licence plate in online photos could protect you, and your car