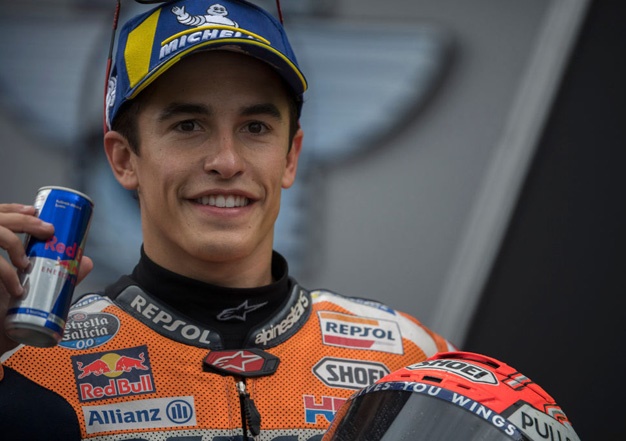 MotoGP world champion Marc Marquez won the Japan Grand Prix Sunday to notch his tenth victory of the season and third win on the circuit in four years.

The Honda rider finished ahead of French rookie Fabio Quartararo of Yamaha-SRT and Ducati's Andrea Dovizioso.

It was the Spaniard's first ever pole start at the Honda home race, which he dominated from the second lap.

Quartararo managed to shoot ahead of Marquez for a brief moment at the start, but Marquez quickly regained the lead and shot ahead with a one-second gap early in the race.

Great job, thanks to all the team! ????#JapaneseGP @MotoGP pic.twitter.com/x7Sa92sojv

Marquez had already secured his season victory by winning the race in Thailand earlier this month.

Quartararo, who finished 0.870sec behind the winner for his third narrow defeat to the championship winner in recent races, was awarded as the rookie of the year while Dovizioso celebrated his 100th career podium finish.

A dismal weekend for @ValeYellow46 came crashing to a halt on Sunday ??

We live in a world where facts and fiction get blurred
In times of uncertainty you need journalism you can trust. For only R75 per month, you have access to a world of in-depth analyses, investigative journalism, top opinions and a range of features. Journalism strengthens democracy. Invest in the future today.
Subscribe to News24
Related Links
The marque of Marquez: Six-time MotoGP champion hailed by greats
Next on Wheels24
Binder is back in town! SA's MotoGP star reflects on 2021 and his impressive win in the rain