PHOTOS | My bike story: How Anna-Marie Wilken inspires other women to ride with her BMW R 1150 GS • Anna-Marie Wilken never dreamt that she would become a motorcycle rider.
• She bought her first bike in 2010.
• Since then, she's covered close to 100 000km on her BMW R 1150 GS.
• Wilken trains other women with all things to do with motorcycle riding.

Anna-Marie Wilken had no interest in bikes until destiny brought a BMW R 1150 GS across her path. She's covered almost 100 000km with it, and now uses it to inspire other women to do long distance trips on motorcycles.

One can sense the passion for riding when you meet Anna-Marie. She might not have grown up with motorcycles around her, but later in life, she discovered it and has never looked back. "My first motorcycle memory was on the farm when I was still in school, those 50cc motorcycles from the matric boys. And actually, I was not too fond of it. What was more fun was occasionally riding or as a pillion with some of my friends' brothers on the farms on scramblers.

"But, after that, I was never exposed until the man I married used to ride every day, as that was his mode of transport. But riding still didn't interest me. However, we started doing 4x4-ing, and one thing led to another, and we started doing the backup driving for the BMW Motorrad Club Cape here during off-road weekends.

READ | Women in WheelS: SA's Jo Rust rode around the African continent on a motorbike, all alone During these trips, you quickly learn to see what the riders should be doing, or what they are doing wrong. We bought a bike for these trips, but after the fourth time as a pillion, I realised this wasn't for me. "When I bought it, I realised that I would need to ride it regularly to gain experience, or as they call it in motorcycle terminology 'TITS' – time in the saddle. I became even more involved at the club, and this experience of riding the motorcycle challenged me mentally for two years. This included wearing all the heavy gear and learning to ride the motorcycle. This simply doesn't come naturally for women, at least it didn't for me.

"There were few women in the club, but I saw a gap and started organising events for only the ladies. This included focussing and assisting in off-road training of the women and handling the bike. The dealerships and the club work closely together, and even friendships were formed over the years. Quickly, I started riding more and more and being involved with many events. Anna-Marie Wilken with her BMW R 1150 GS on an off-road trip.
Supplied

"It took me around two years until I felt comfortable to simply get up in the morning, climb on my bike and ride it. Today, if I haven't ridden it for a relatively long period, I'm a little nervous until I start the bike and get dressed in all my gear.

"In these last couple of years, more riders started riding in smaller groups. I'm also not on the club's committee anymore, but I'm still fully committed to the training aspect of the club. It gives such a high level of satisfaction to see someone arrive for training and then walk away with a better level of self-confidence, a better understanding of the motorcycle's dynamics and excited about the next training event or trip. 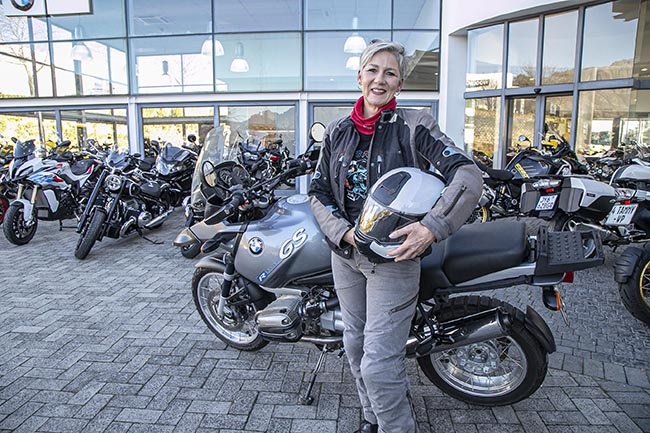 "I tested myself around a year after I bought the bike by deciding to go on a long trip. This included all the technological kits, from a GPS to music. I went with a group to Clocolan and the Katse Dam in Lesotho. It was all on tarmac, but for me, it was a case of I need to bond with the bike.

"Following the trip, I wrote a 13-page report for myself. To this day, I still send it to other women if they doubt whether riding is for them or not. 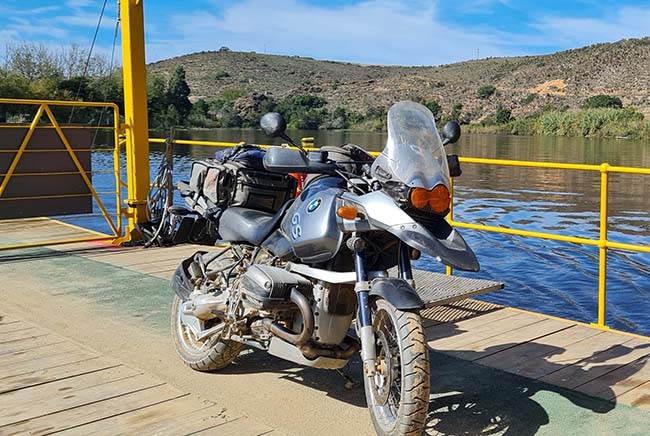 Anna-Marie Wilken's BMW R 1150 GS on one of her long distance trips.
Supplied

"My journal included thoughts and feelings from every aspect of the trip, from wearing the correct gear, the music, what all this does to you and your mindset to reading the GPS while you are riding. Also, aspects of the speed you are riding, the gear ratios etc. When I got back, we covered just more than 6 000km in total. And I realised, I can live with this."

The result of this single trip clearly laid the foundation for Anna-Marie's love affair with the open road and her GS, as she has been back to the Katse Dam twice.

"Firstly, I love nature, so I go with my bike where I don't go in my car. This means my GS is an escape for me – it is my me time."

We live in a world where facts and fiction get blurred
In times of uncertainty you need journalism you can trust. For 14 free days, you can have access to a world of in-depth analyses, investigative journalism, top opinions and a range of features. Journalism strengthens democracy. Invest in the future today. Thereafter you will be billed R75 per month. You can cancel anytime and if you cancel within 14 days you won't be billed.
Subscribe to News24
Next on Life
PHOTOS | My bike story: Freddie van Eyk's 1983 Honda CB 1100 RD