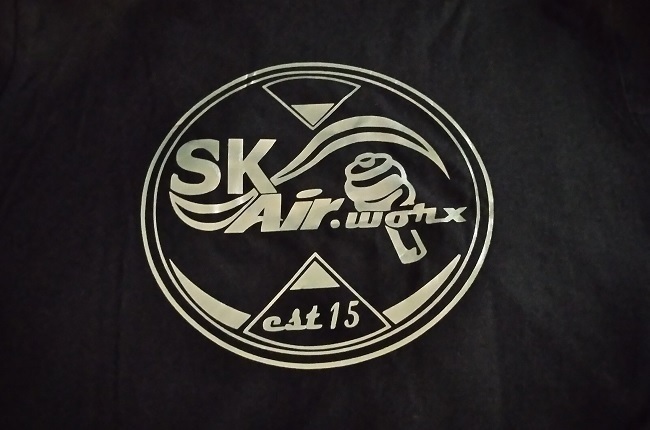 • Starlin Karsten is the owner of SK Airworx based in Paarl.

• Besides carrying out air suspension installation, he also does mechanical and custom work.

• The fitment of air ride suspension has become a popular trend in the stance community.

Many people face the most significant dilemma when having their car repaired, tuned or maintained is finding a reputable person or place that doesn't cost an arm and a leg.

We all probably know someone who had a nightmare scenario where a car comes back mechanically worse off or even has extra damage that wasn't there before after it had been sent for some work. Your hard-earned cash is wasted on a half-baked end product - unfortunately, that is a reality many motorists face.

Caution to the wind

In South Africa's car culture, the art of lowering the ride height is widespread, and no doubt improves a car's appearance but at the same time provokes the ire of local law enforcement.

Do you have a car fitted with aftermarket air ride suspension or custom-made work? Email us, or please leave a comment below.

Although it costs a pretty penny, air ride suspension is the holy grail of going low, enabling the driver to adjust the ride height by the touch of a button. There are plenty of companies locally that install air suspension, but there's one in the Western Cape who has garnered a positive reputation in recent years among many petrolheads.

Established in 2015, Starlin Karsten is the mastermind behind SK Airworx and runs everything from his home base in Paarl. The man is a jack of all trades, and together with being able to install air installation, he carries out mechanical work and installs banging sound systems too.

Depending on the vehicle, suspension configuration and if you're sourcing your own products, air suspension systems can cost anywhere from R25 000 to as much as R100 000. The more basic system allows the driver to control the ride height from inside while more expansive systems allows individual control of each bag via a remote control.

The price is one of the main reasons why most people don't follow this method of lowering, instead opting to ride 'static' with the fitment of coilover kits.

Starlin used to own a Toyota Corolla Professional fitted with air ride suspension for those that regularly follow the stance scene. He is currently busy building a Toyota Hilux equipped with a 2JZ-GTE engine. The man has seen his fair share of cars, having owned more than 20 examples in the past.

Karsten says he started his brand because he was tired of seeing people overcharged and then also having below-par work carried out. It was then that SK Airworx was born.

The stance scene is a close community, and word travels fast when something happens, whether good or bad. Before bagging my Mercedes-Benz 190E, I did plenty of research and collected feedback from various customers.

One thing that sets SK Airworx apart from the rest is the customer after service. No matter where you are or what type of issue you're having, he will come directly to you and sort out the problem even if the installation was carried out by someone else. Knowing that someone is willing to go the extra mile in your time of need is something of a rarity and not a common theme in general.

"If a customer returns to me after I've completed work on their car, it is not to fix the same work but instead to come for upgrades,'' Karsten affirms.

I asked Starlin to bag my Mercedes-Benz 190E, and from the beginning of the installation, everything from the pricing to fittings that were to be used was explained to me in detail.

I didn't know things like compressor sizes or the number of pumps needed to provide pressure to the bags. From start to finish, and a few clueless questions in-between, Starlin broke down everything in layman's terms, all with the coolness of a cucumber unfazed by the scorching Paarl heat.

Some of his notable work includes fitting coilovers to a Hyundai I20 (a component not readily available) to bagging the more high-end vehicles like Nissan GT-R's. His latest piece of work is fitting air ride in a Ford Ranger bakkie. If you want to get on Starlin's wrong side, it's best not to mention air leaks. The man prides himself on building systems with no leakages.

I also managed to speak to local wheel guru Shabeer Motala to get some further insight as he has owned a couple of bagged rides in the past. He says that no matter who installs the air suspension system, there is bound to be small issues that will crop up over time. A small stone might puncture an air hose or a fitting might loosen over time, but those are to be expected with such an install.

Another cool thing is that he keeps customers in the loop every step of the build. If extra work needs to be carried out, he will confirm with the customer first whether or not to continue, and even then, he will suggest other alternatives to consider.

Sitting and sharing a Roti gatsby with a nice cold glass of Coke, Starlin is a car guy through and through and loves what it does. The results show in all the cars he has worked on.

We live in a world where facts and fiction get blurred
In times of uncertainty you need journalism you can trust. For only R75 per month, you have access to a world of in-depth analyses, investigative journalism, top opinions and a range of features. Journalism strengthens democracy. Invest in the future today.
Subscribe to News24
Next on Wheels24
DIY | How to refurbish your car's rims and make them look brand new