• It is not recommended to hang additional items to your vehicle keys.

• The additional weight pulls the key down and can damage the inside of the ignition.

Human beings are forgetful creatures by nature, and atleast once in their lifetime, they've misplaced car or house keys.

In a bid to keep everything in one place and lending itself to be convenient, most people attach items like a driving licence card, garage remotes and house keys to their car key. While it might make sense on the face of it, from a technical point of view, it can be detrimental to your car - specifically, the ignition.

No key is the same, with various manufacturers featuring ones that follow different patterns; a transponder key, laser-cut transponder key and Tibbe key are the most commonly used.

Arrive Alive says: "If you have a modern car with an electronic, coded, security key and you lose your keys - you might be in for much more than 'the price of a key.' The best way to avoid this situation would be to look after your keys as you would a brand new cell phone, which is probably cheaper than your key. 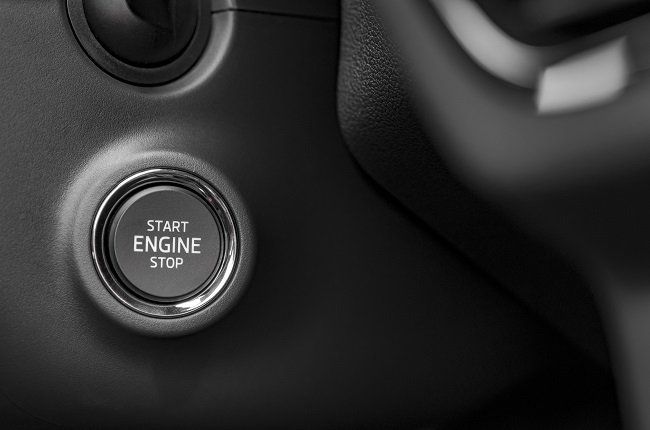 Have you experienced problems with your ignition system due to too much weight on your keys? Email us, or share your thoughts in the comments section below.

The majority of vehicles produced now still use the old-fashioned key or card, while your more premium offerings start at the touch of a button with the help of a transponder device that has to be present on the driver to start the car.

According to Ekeys4Cars, for cars that require a key, the ignition switch is usually located on the steering column (behind the ignition lock cylinder). Over time it wears down, and when you are unable to remove the key or having difficulty doing so, it is a sign the ignition is busy failing. I've had the ignition tumbler on my 1993 Mercedes-Benz 190E fail because of defective teeth due to age and wear over the years, making it challenging to remove the key once it is inserted. In some cases, the ignition barrel can be repaired, and worst case, the entire system has to be replaced.

Vehicle crime trend: how thieves are stealing valuables from cars without your knowledge

To get a bit more insight on how the mechanics work and the possible side effects added weight has on the ignition barrel, we spoke to vehicle security specialist Moinuddin Gaibe of Auto Wizz in Cape Town.

Gaibe says: "If you carry anything more than four keys, depending on the weight and if additional weight is added to it, it can affect the workings over time of the ignition barrel. How it works is, there is a cam on the inside and a state assembly on the ignition barrel, and then there are shims that read the key.

"Depending on how your key has been cut and the length of the shims, these factors decide whether it will turn or not. With the added weight on the key, the tip of the front of the key is pushing up against the cam that wears it out and also the shims.

"With all the weight of the key, as you're driving, the force of the bunch of keys can result in one of two things which happen. It wears out to the point where the key doesn't any longer work in the barrel, or the cam is misaligned, and it doesn't want to turn, preventing the latch from operating properly, which is required for unlocking the steering lock.

"It wears it out to such a point sometimes because you can turn the key either way to swing in the ignition or to unlock the latches. So what you find happening is that any key can be shoved into the barrel because of the severe wear, and it would then turn. AutoWizz doesn't recommend to attaching anything more than two to three keys or anything with weight."

If you're someone that has a host of things like house keys and extra gadgets attached to your vehicle's key, minimising the number of items can save you in the long run.

We live in a world where facts and fiction get blurred
In times of uncertainty you need journalism you can trust. For only R75 per month, you have access to a world of in-depth analyses, investigative journalism, top opinions and a range of features. Journalism strengthens democracy. Invest in the future today.
Subscribe to News24
Next on Wheels24
Car Doctor | Replacing the windscreen on 'dominee's car', the popular Mercedes-Benz W123