• Aston Martin is the new Safety and Medical Car supplier to Formula 1, alongside Mercedes-Benz.

• The British supercar company's Vantage and DBX models will be kitted out for this season.

• It's the first time in F1's history that two different makes will supply Safety and Medical cars.

Aston Martin have returned to Formula 1 for the first time in over 60 years with four-time drivers' champion Sebastian Vettel and Lance Stroll leading the team.

Apart from its AMR21 on the grid, the supercar company will supply the Safety and Medical Cars to the sport. In a first for F1, Aston Martin and Mercedes-Benz cars will feature for safety and medical purposes, reports F1.com.

The Vantage and DBX mode will make their debut at pre-season F1 test in Bahrain on 12-14 March.

The British car company will be present at the season's opener on 28 March at the Bahrain Grand Prix and Mercedes-AMG's safety vehicles will make their first appearance on 18 April at the second round in Imola.

Mercedes has been the official Safety Car since 1996.

Several modification to turn the Vantage into a Safety Car

In order to be used as the F1 Safety Car, Aston's engineers altered the Vantage in order to make sure it can do the job of intervening and controlling the pace of an event involving the world's fastest racing cars.

The Vantage has benefited from significant chassis and aerodynamic improvements. Ironically, its AMG-sourced M177 4.0-litre twin turbo V8 motor has been tweaked to deliver 393kW, 18kW more than the stock engine.

It has 685Nm and the company says will reach 100km/h in 3.6 seconds. Germany's Bernd Mayländer will drive the Vantage. 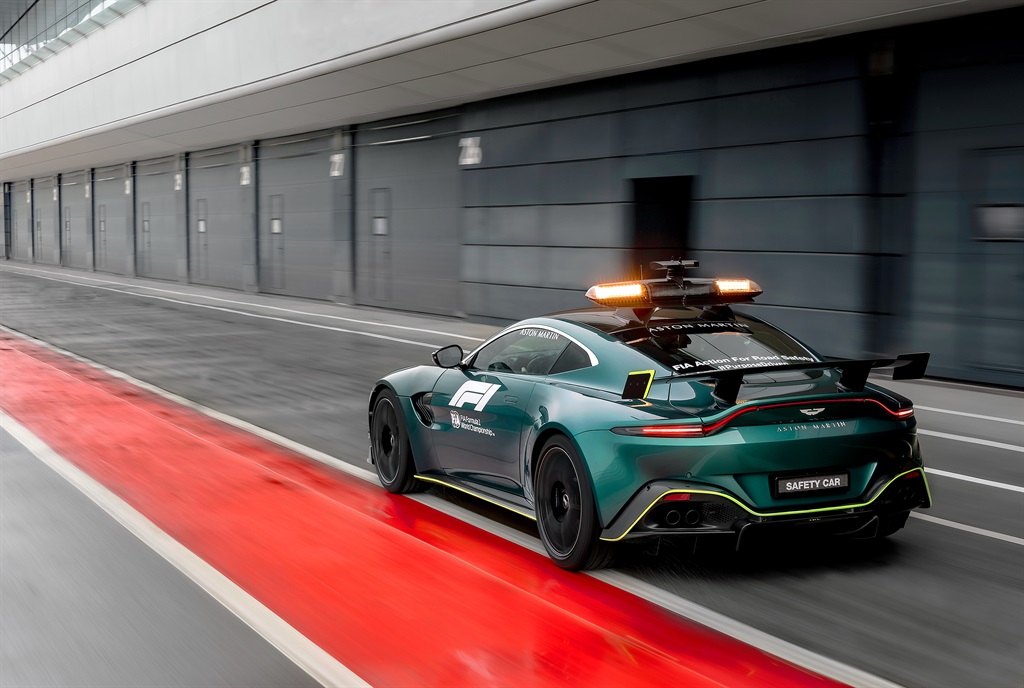 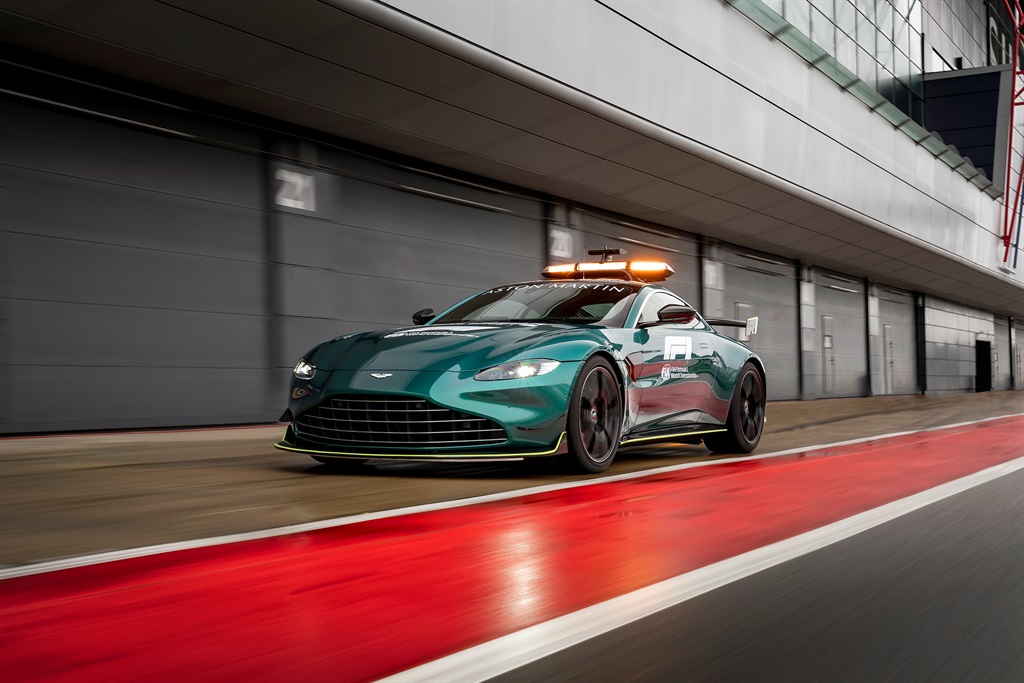 Aston Martin is using the Vantage with an optional Vaned grille. When coupled with a new front splitter creates 155.6kg of downforce at 200km/h; more than 60kg than the production Vantage produces at the same speed.

It also sports modifications to the suspension, steering and dampers. It's unlike any Vantage sold at the local dealer and wears a comprehensive aero kit and lower profile tyres to be able to deal with the world's fastest circuits.

Which set of Safety and Medical Cars do you prefer? Mercedes-AMG or Aston Martin? Tell us via mail or use the comments section below.

It will be driven by South African Alan van der Merwe, with Dr Ian Roberts beside him.

The DBX is fitted with a defibrillator, fire extinguishers and a burn kit to respond to medical emergencies.

Last season, Van der Merwe played a crucial role in helping Romain Grosjean safely out of a fiery crash at the Bahrain grand prix, Wheels24 reported towards the end of 2020.

As for the AMGs, there's nothing much different besides the new red hue which harks to its Rote Sau racing car.

Interestingly, all four cars use a 4.0-litre twin turbo engine with varied outputs. The AMG GT-R has 430kW while the C63 S sports 375kW. 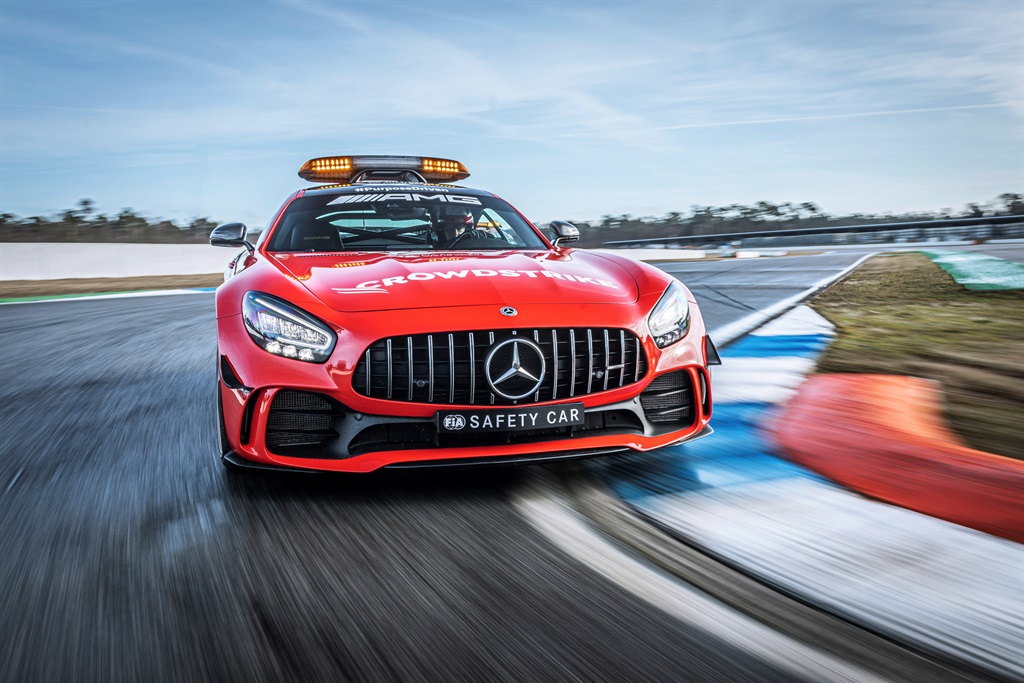 In order for Van der Merwe, Roberts and Mayländer to know what's going on in the race, both safety vehicles have two additional screens.

On one of them the current television image of the race broadcast can be seen. The second screen shows the current track position of the individual racing cars on a graphic.

Both safety vehicles are also fitted with a carbon-fibre roof light bar, specially developed by AMG, which houses the obligatory flashing light.

We live in a world where facts and fiction get blurred
In times of uncertainty you need journalism you can trust. For only R75 per month, you have access to a world of in-depth analyses, investigative journalism, top opinions and a range of features. Journalism strengthens democracy. Invest in the future today.
Subscribe to News24
Related Links
F1's next generation: Schumacher, Mazepin and Tsunoda
F1's new baby-faced assassin: AlphaTauri's rookie Yuki Tsunoda
Next on Wheels24
Saudi F1 chief says debut is a 'signal' to the world', calls for Justin Bieber to cancel act