Can Bottas maintain his momentum throughout 2020 and beat Hamilton to the championship? 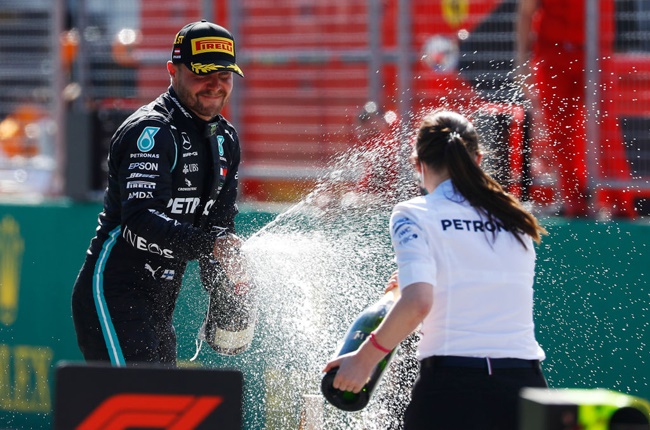 • Hamilton has won four of the last five championships.

• Bottas needs to challenge Hamilton mentally to get the better of him this year.

Valtteri Bottas got his 2020 Formula 1 championship off to a perfect start at this past Sunday's Austrian GP. In qualifying, he secured pole position, and in the race, he led from start to finish. He scored the full 25 points to team mate Lewis Hamilton's 12 (for finishing in fourth place).

It would seem that Bottas made good on his pre-season promise that he will challenge, and win, this year's championship. And while it is good, one does wonder how long he can keep it up. We will remember that Bottas also won last year's opening race in Australia, but his season quickly went off the rails after that.

Hamilton turned the tables after a poor opening race and would go on to win the drivers' championship for the sixth time. Is there a chance that 2020 could be different for Bottas, though?

Bottas is not unfamiliar to winning. In the categories leading up to F1, Bottas was a championship winner. He is aware of the requirements it needs to go full-out towards championship gold throughout a season. But F1 is a beast of a different nature, as he quickly found out when he joined a top, race-winning team in Mercedes at the start of the 2017 season.

While he has won several races for the team, he also had to endure the empowering personality that is Hamilton. Bottas would give Hamilton a good run for his money as a season begins, but throughout a season he'd fade away as Hamilton romps away to the championship.

READ: The biggest winners and losers from the season-opening race in Austria

But it begs the question: Can Bottas challenge Hamilton for the title in 2020?

Yes, he can. To do that, Bottas would, firstly, get the better of Hamilton mentally. He needs to show that he will not buckle under the pressure his illustrious team mate gives off, which is often easier said than done. But if he manages to do that, he needs to maintain his momentum and be prepared to force Mercedes to back him fully over the course of the 2020 season.

Bottas can be an F1 champion, but he needs to rekindle the championship drive that drove him to glory in the years leading up to F1. Lewis Hamilton (left) and Valtteri Bottas in 2019. Image: TeamTalk
We live in a world where facts and fiction get blurred
In times of uncertainty you need journalism you can trust. For only R75 per month, you have access to a world of in-depth analyses, investigative journalism, top opinions and a range of features. Journalism strengthens democracy. Invest in the future today.
Subscribe to News24
Related Links
F1 | The biggest winners and losers from the season-opening race in Austria
Bottas on his Austrian GP victory: 'I had to dodge bullets to win'
Next on Wheels24
Saudi F1 chief says debut is a 'signal' to the world', calls for Justin Bieber to cancel act