Could F1's favourite Spaniard be readying for a 2021 return to the sport? 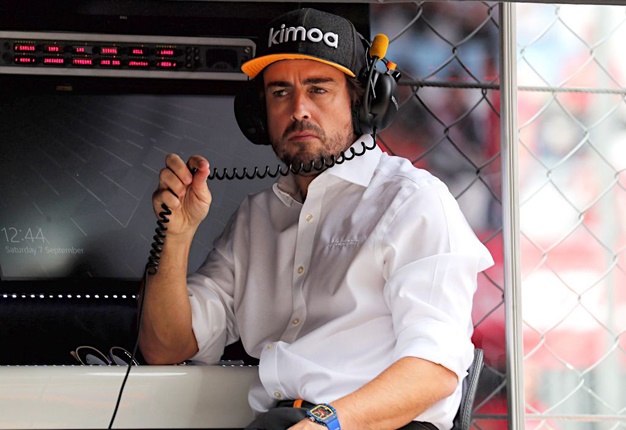 Fernando Alonso revealed that he is ready to return to Formula 1 and back himself to return to the top of the podium.

The double World Champion walked away from the sport at the end of the 2018 season.

Trying his hand at different series such as endurance racing and rallying, where he was 13th in the Dakar, the double F1 World Champion reckons the time is right to return to Formula 1.

He told F1 Racing magazine: “I have not finished with F1. 2021 is a good opportunity and I feel fresh and ready now. It’s something I’m going to try. I will be ready to return to F1 stronger and, if I am in the right place I will win.

“I have so much confidence in myself that I know I can take any car and if everything goes well, I should win.”

If Fernando Alonso had to return to F1, which team would you want him to race for? Email us.

Being in the right place, though, is what it is often about in F1.

Alonso, some would argue, has been the architect of his own demise as he has made poor choices when swapping teams. At present Mercedes is the team to beat in F1 with the 38-year-old admitting he would be open to joining the Brackley squad.

He said: “They have been dominating for many years and have a strong team at this time. We’ll see how they go. The only problem with the new (2021) rules is that some teams could interpret them differently than others. You can join a team that is winning now, but if they make a mistake with the rules, will people say that I made a bad decision again?”

Should Alonso return to the grid next season he will be 39 at the time of the season-opening grand prix.

He, however, feels age isn’t an issue in today’s F1, saying: “I don’t think age is an inconvenience. Now without fuel stops, they are not so demanding.

You drive seven or eight seconds more slowly on a Sunday than on a Saturday.

“In addition, with the new 18-inch wheels, the way of driving will change and everyone should learn their driving again.”

We live in a world where facts and fiction get blurred
In times of uncertainty you need journalism you can trust. For only R75 per month, you have access to a world of in-depth analyses, investigative journalism, top opinions and a range of features. Journalism strengthens democracy. Invest in the future today.
Subscribe to News24
Related Links
Alonso to make a call on F1 career 'in the next few months'
WATCH | Whoa! Three epic crashes Fernando Alonso walked away from
Next on Wheels24
Fernando Alonso says Alpine can't blame the budget not fighting for F1's top prize in 2022