Daniel Ricciardo opens up on 2021 move to McLaren, admits Mercedes-power played a role 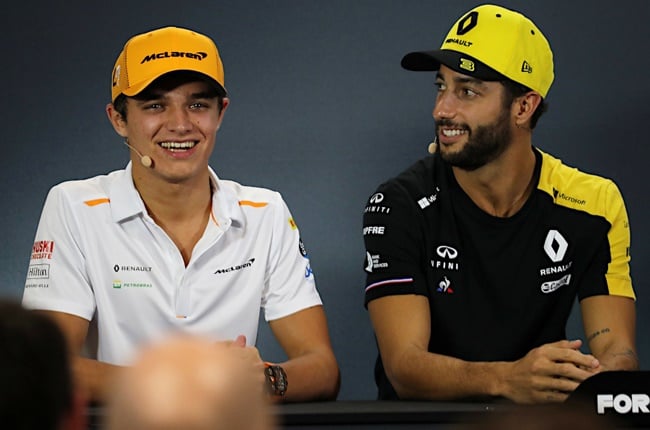 • Ricciardo switching Renault for McLaren in 2021

• Ricciardo admits Vettel triggered his actions for next year

Daniel Ricciardo revealed he didn't see the value in waiting for the 2020 season to start before making the decision to quit Renault for McLaren in the 2021 Formula 1 season.

It was Sebastian Vettel who sparked the flurry of moves when he announced that 2020 would be his final season with Ferrari. Carlos Sainz was then named as his replacement with Daniel Ricciardo getting his McLaren seat for 2021.

There has been some criticism aimed Ricciardo's way, and for all involved for that matter due to them confirming the deals before any racing had happened in 2020. But Ricciardo said he saw no sense in waiting until the season started to join McLaren, and he felt after Vettel made his announcement that he couldn't afford to wait.

Follow @Wheels24
Do you think Ricciardo will be successful at McLaren? Email us with your thoughts.

Speaking on the F1 Nation podcast, Ricciardo said: "I think obviously Vettel's announcement or news with Ferrari kind of sparked everything. And then things were moving pretty quickly around Carlos and all the other stuff. Although it seemed like there was maybe still time, I don't actually think there was, to make movement – if that was what you were going for.

"This is all just what I'm playing in my head – if you start racing in July, which even then wasn't 100%, but which we are by the looks of it, you're not going to find out in the first race or the second race. You're probably going to wait until August or maybe September until you really know where everyone's at, and then I think it felt like it was going to be too late to get something you were after."

READ: Switching from Renault to McLaren 'not an overnight decision' - Daniel Ricciardo

Ricciardo has said already that he was in talks with Ferrari as well as McLaren, but he said his decision to switch from Renault to McLaren was based on 2019 form and also the potential of the McLaren-Mercedes partnership from 2021.

He explained: "The reality is you get pitches from whichever team is talking to you, and to some extent, especially now without having any races and any kind of proof other than last year, you have to go on what pitch excites you more than the other. If I go back to last year, which is our best reference for now, they were the team that made the most noise.

"Mercedes won the championship again, but it was quite clear to most that McLaren was the team which made the biggest step out of all. That was really encouraging for them, and that's really all you can base it on. And then the pitch for the future, obviously they are switching power units and all that.

"Even talking about it now it's certainly tough, because by no means was it an easy decision, and not having very much to gauge from 2020, that was pretty difficult."

We live in a world where facts and fiction get blurred
In times of uncertainty you need journalism you can trust. For 14 free days, you can have access to a world of in-depth analyses, investigative journalism, top opinions and a range of features. Journalism strengthens democracy. Invest in the future today. Thereafter you will be billed R75 per month. You can cancel anytime and if you cancel within 14 days you won't be billed.
Subscribe to News24
Related Links
F1 Gold | The time Daniel Ricciardo redeemed his 2016 Monaco GP loss by winning the 2018 race
Switching from Renault to McLaren 'not an overnight decision' - Daniel Ricciardo
Next on Life
First Leclerc's watch in Italy, now Vettel's bag stolen in Barcelona