• Michael Schumacher made shock return in 2010.

• The F1 legend has won seven championships and 91 races.

• Schumacher's comeback did not live up to expectations.

Michael Schumacher is regarded as one of the best Formula 1 drivers of all time. Between 1991 and 2006, the German driver proved himself against the best participating in the sport and ended his career with a record 91 victories and seven championships.

At the time of his departure from the sport, it seemed as if his records would withstand the test of time and that no one would be able to topple what he has achieved. Well, that was before we brought Lewis Hamilton into the equation.

When Schumacher stepped away at the end of 2006, everyone accepted that he was done and that we could now only celebrate the memories he left us with. The thing is, we should never discount a driver wanting to make a final comeback. 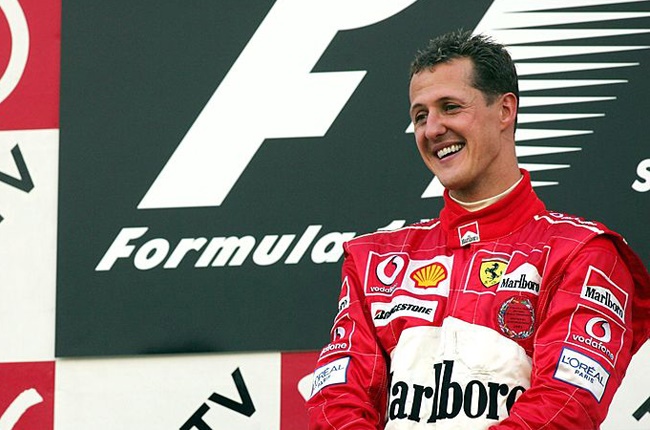 At the end of 2008, BAR-Honda pulled out of F1 and sold the team to then-team principal Ross Brawn. The mastermind behind Schumi's seven titles, Brawn bought the team from the exiting BAR-Honda team and won the championship in 2009 with a car that saw no development throughout that season.

Knowing that 2010 would not produce the same success, Brawn sought investors throughout 2009 and managed to attract the buying powers of Daimler, Mercedes-Benz's parent company. Merc bought the team in 2009 for 2010 onward, but had one crucial condition: one of the drivers had to be of German descent. Brawn approached Schumacher, Schumacher said yes, and would drive for the new Mercedes team from 2010 to 2012.

It was a big shock to F1 and its fans, but definitely a prospect everyone was looking forward to. Schumacher's return was one of the hottest topics for the 2010 season. Naturally, no one expected him to be on the pace from the get-go. He'd need a few races to settle in and get back in the groove, but the driver never got the best of his race car.

All three seasons he competed in was underwhelming. In 2010, he finished the season in ninth place and three fourth-place finishes to his name. His teammate, Nico Rosberg, appeared on the podium three times.

2011 was a better season in terms of overall points, finishing the season eighth place overall. He finished in fourth place once.

2012 was the F1's legend worst season since his comeback. He finished the season 13th overall, following seven retirements and several low-scoring positions. There was a ray of hope, though. At the European Grand Prix, the eighth race of the season, Schumacher finished in third place and on the podium, but failed to emulate the feat in the remaining races of the season.

The really sad part was that Schumacher did not know where he finished the race by the time he crossed the finish line. This for a driver who was so on top of his game during his first career.

Michael Schumacher was, and will always be, a Formula 1 legend. He cemented himself in the sport's annals; so much so that one can almost forgive him for wanting to try his hand at the sport one final time. Despite the struggles of in his second career, Schumacher will always be remembered as one of the best the sport had ever seen. We live in a world where facts and fiction get blurred
In times of uncertainty you need journalism you can trust. For only R75 per month, you have access to a world of in-depth analyses, investigative journalism, top opinions and a range of features. Journalism strengthens democracy. Invest in the future today.
Subscribe to News24
Related Links
F1 Gold | Why Michael Schumacher should've stayed retired
SEE | Schumacher, Button, Raikkonen - The 5 most experienced drivers in F1 history
Next on Wheels24
We do entertainment, not journalism - Netflix eyes Formula 1 rights takeover