F1 Gold | Senna, Rush... These movies are among the best track-to-screen adaptations

• Several movies and documentaries have been made on Formula 1.

• 'Senna' and 'Rush' are among the best track-to-screen adaptations.

• These movies follow the lives of Ayrton Senna, and Niki Lauda and James Hunt.

Over the years, we have seen many a motorsport movie. Whether it's a documentary or a movie adaptation of an on-track rivalry, there is always something good enough for the silver screen. Formula 1, too, has seen several movies made about it, but the latest iteration is the Netflix documentary 'Drive to Survive'.

But before Netflix acquired the necessary rights to give us unprecedented access to what goes into a full season of the sport, movie makers gave us something to indulge in. Though several F1 movies have been made, two stand out for all the right reasons: 'Senna' and 'Rush'. And these could very well be the best we had ever seen.

Which Formula 1 movie or documentary is your favourite? Email us and share your thoughts. 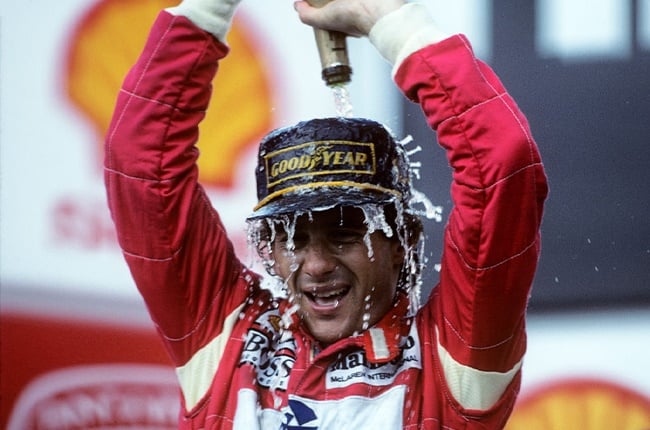 In 1994, Ayrton Senna lost his life after succumbing to injuries sustained at the San Marino Grand Prix in Italy. In 2010, a documentary on Senna saw the light and was aptly named after the famous Brazilian driver.

The movie tracked Senna's rise in motorsport - from karting in Brazil to moving to Europe as a teenager - and its challenges. Senna always tried not to get involved with politics and would often call on the sport to instead focus on the driving. This was not always possible, as Senna, as a non-European, had to face mountains to make himself and his voice heard.

The movie relays his career perfectly and underlines why many regard him as one the greatest the sport had ever seen. Senna joined F1 in 1984 driving for the Toleman-Hart team and would go on to win 41 races and three championships.

One of the greatest rivalries in F1 history is that between Niki Lauda and James Hunt. In 1976, the two drivers were bitter rivals in their respective pursuit of the championship. Not only is their on-track rivalry documented, but also each driver's relationship with their team.

Between the two drivers, Lauda was the one seemingly more concerned about the importance of racing, while Hunt took on a leisurely approach and passed his time drinking and partying. A lifestyle unashamedly copied by Kimi Raikkonen. Yet, both drivers never backed down from a challenge.

1976, though, was characterized by Lauda's Ferrari catching fire at the Nürburgring. The driver sustained severe burning wounds and would be bear the scars of the burns for the remainder of his life. At the end of the season, Lauda lost the championship to Hunt by one point: 69 points vs. 68.

Hunt died in 1993 at the age of 45 after suffering a heart attack, while Lauda died on 20 May last year at the age of 70. He had been suffering from health problems for a substantial period.

Rush and Senna are not the only documentaries or movies made about F1. Over the sport's 70-year history, numerous movies saw the light. The documentary 'Williams' (2017) focuses on Frank Williams and his family and how the team, given the family name, came into being.

We live in a world where facts and fiction get blurred
In times of uncertainty you need journalism you can trust. For only R75 per month, you have access to a world of in-depth analyses, investigative journalism, top opinions and a range of features. Journalism strengthens democracy. Invest in the future today.
Subscribe to News24
Related Links
Senna, Schumacher, Alonso - Several of the best F1 drivers of the last three decades
SEE | Hamilton, Schumacher, Senna... The 5 most successful drivers in F1 history
Next on Wheels24
Kippis, Kimi! Why F1 will miss Raikkonen's dry humour and clear disinterest