• Fernando Alonso is of the opinion that crash between Max Verstappen and Lewis Hamilton was a racing incident.

• The two title contenders had an accident at the 2021 Italian Grand Prix, taking both drivers out of the race.

• Alonso recalls his own experience at the 2012 Belgian GP.

Fernando Alonso thinks the crash between Max Verstappen and Lewis Hamilton at Monza is no "big deal" as it did not happen at high speed.

Verstappen and Hamilton had their second big crash of this season at the Italian Grand Prix as the title rivals fought over third place behind the two McLarens. With neither having the afternoon they had wanted, Verstappen nor Hamilton was willing to back down as they went wheel-to-wheel through the Rettifilo chicane.

Running out of road, Verstappen bounced over the kerbs and bounced on top of Hamilton's Mercedes with both crashing out of the GP. Verstappen was deemed to be at fault and handed a three-place grid penalty for the Russian Grand Prix. 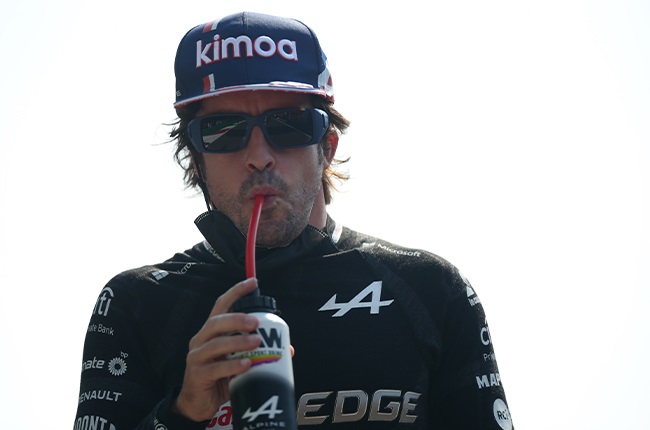 Alonso feels it was a racing incident and not a big deal like their British GP clash.

Speaking to the Spanish edition of Motorsport.com, he said: "Well they are there, the two champions, and they are always fighting to the limit. It looks like an unfortunate position. With the corner and the kerb, the car jumps a little, and then they touch. Tyre with tyre, and the rubber makes a car fly.

"But it is low speed, you know, they go at 30 or 40km/h, there is no danger, there is nothing. So I don't think it was a big deal. At Silverstone it probably was, but this one, it was just a racing incident. I think Lewis tried to open up at Turn 1 to force Max to cut the corner. Max did not cut the corner, he stayed on the outside, but then it was not possible to do Turn 2 on the inside.

"I think they both … they both did what they had to do."

READ: OPINION | Did F1 stewards get it wrong blaming Verstappen for collision with Hamilton?

"You know, and unfortunately, they touched, because… I saw the replay of the start too, and Giovinazzi and Leclerc touched in the same way, and Stroll and Perez touched each other in the same way in turns 1 and 2. But they did not touch wheel to wheel, but tyre to tyre. So the same did not happen. But it is a very typical manoeuvre (in) Turn 1, Turn 2, and they have been unlucky (to) touch wheel to wheel."

Hamilton was lucky to walk away from the crash without injury, with the halo saving his head and neck from what would have been a huge impact. Alonso has himself been involved in a crash when one crash goes over the top of the other, the Spaniard, one of five drivers, caught out in the opening lap crash at the 2012 Belgian Grand Prix.

Romain Grosjean was subsequently banned for causing that collision.

Alonso said: "I think it is very different. Romain and Lewis were out of control then. They touched and bowled in the first corner of Spa. I was there, but anyone could be there. So today has been different.

"They were just racing and, like I said, in Turn 1 and 2, there are at least four or five cases that are very similar to what happened to them. Only separated by millimeters if they hit the ground, hit the front wing or hit the tyre.

"But what they did is nothing too different compared to the five or six incidents we saw at the start." 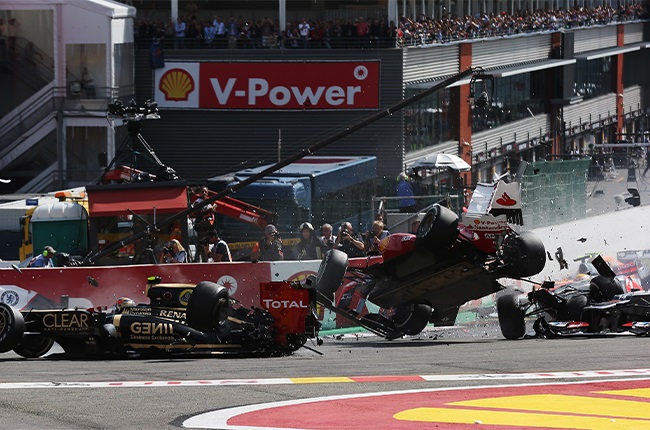 The opening lap collission between Fernando Alonso, Romain Grosjean, and Lewis Hamilton at the 2012 Belgian Grand Prix.
Getty Images Mark Thompson
We live in a world where facts and fiction get blurred
In times of uncertainty you need journalism you can trust. For only R75 per month, you have access to a world of in-depth analyses, investigative journalism, top opinions and a range of features. Journalism strengthens democracy. Invest in the future today.
Subscribe to News24
Next on Wheels24
OPINION | Did F1 stewards get it wrong blaming Verstappen for collision with Hamilton?