• The Ferrari F1 team will introduce its first upgrades of the season at the upcoming Spanish Grand Prix.

• Ferrari's early pace has been eroded by the Red Bull team over the last few races.

• Ferrari currently leads both the Drivers' and Constructors' championships.

Ferrari boss Mattia Binotto expects an improved showing from his team from its upgrade package at this weekend's Spanish Grand Prix.

In the last two races he has finished this season, Charles Leclerc's great start to the season is being slowly eroded away by Red Bull driver Max Verstappen.

The sudden improved performance by Red Bull is in straight-line speed, where they are slightly quicker than Ferrari, which has led the Italian team to possibly introduce their first upgrade of the 2022 season.

"Let's say that in the next races it will be our turn to try to develop as much as we can by introducing upgrades," said Binotto.

"I think it is not a surprise that we may have a package in Barcelona which will be important for us. As usual, I hope that the package we are introducing will work as expected, and in that case, it can be a good boost in order to try to catch up the current gap we have got to the Red Bull." 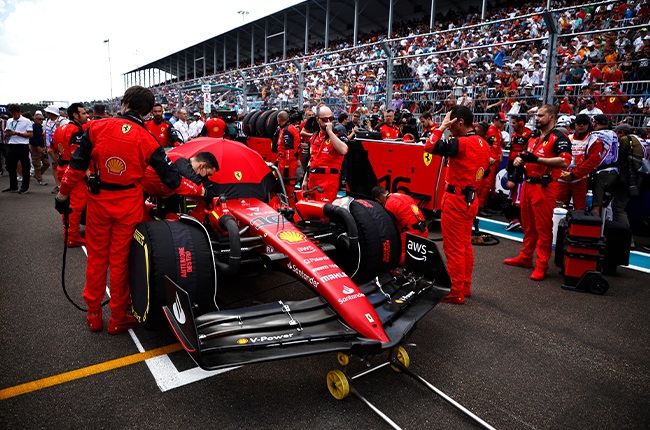 Despite Verstappen having back-to-back wins in the last two races, Binotto is proud that his team are on top of both the drivers' and constructors' standings.

Binotto explained: "I always said we should wait for five races to assess the proper competitiveness between the cars. Now, five races have gone, and we are leading both championships, which is great, so we should not be too disappointed."

Binotto admits the upgrades Red Bull has done recently have improved their car and feels it is time for Ferrari to make use of the upgrades available now to match and improve on their rivals' newfound pace.

The Ferrari boss adds: "It is true that Red Bull improved their car [this year]. They have improved it since the very start of the season and they have introduced upgrades. If I look at the last two races, maybe they have got a couple of tenths per lap faster than us.

"Now, it is no doubt that in order to keep the pace, we will need to develop and bring upgrades. I hope that as there is a budget cap that at some stage, Red Bull will stop developing; otherwise, I think I will not understand how they can do that."