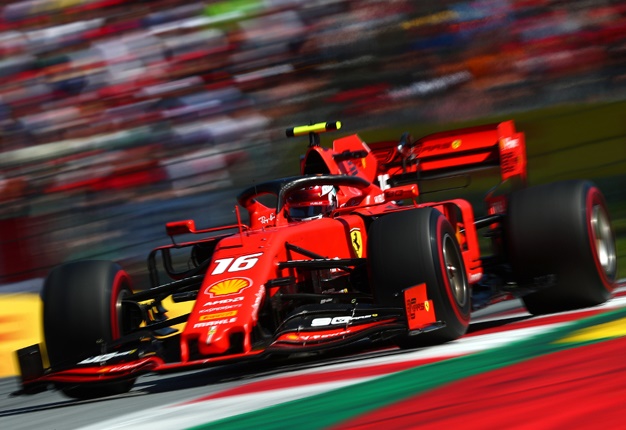 Ferrari is eyeing "another young driver" to be Charles Leclerc's new teammate for 2021.

That is the admission of Ferrari vice-chairman Piero Ferrari, who is the late Enzo Ferrari's son.

This week, the Maranello team announced that Sebastian Vettel would depart at the end of the year.

The leading candidate to replace the 32-year-old German is Carlos Sainz, although Daniel Ricciardo is also linked with the seat.

But it is rumoured not only that a contract with 25-year-old Spaniard Sainz may already have been signed, but that it could be announced as soon as Thursday (May 14).

Curiously, an announcement about Ricciardo's future is also expected early on Thursday, but it is believed he will actually go to McLaren for 2021.

"Everything is on the right track," a source close to Sainz's entourage told Marca sports newspaper. "You need to be patient."

"I would be very happy if another young driver drives at the side of Charles Leclerc, who we continue to rely on for his outstanding talent and intelligence," he told Quattroruote Q-Talks.

Ferrari added that Leclerc's young new team mate should "not be a boy in the sense of a newcomer coming in from Formula 2, but a young driver who already has several years of experience."

We live in a world where facts and fiction get blurred
In times of uncertainty you need journalism you can trust. For 14 free days, you can have access to a world of in-depth analyses, investigative journalism, top opinions and a range of features. Journalism strengthens democracy. Invest in the future today. Thereafter you will be billed R75 per month. You can cancel anytime and if you cancel within 14 days you won't be billed.
Subscribe to News24
Related Links
Sainz lined up to replace Vettel at Ferrari: reports
VOTE | Who do you think should replace Vettel at Ferrari?
Next on Wheels24
Ousted Michael Masi could make a shock F1 return - report