Formula 1 and FIA weigh in on Mazepin video 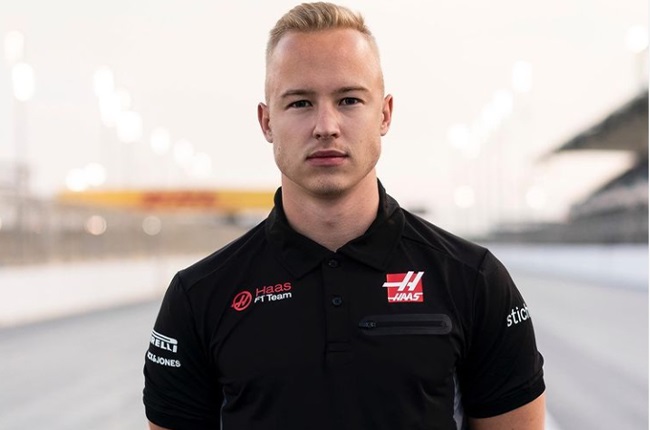 • Nikita Mazepin posted a now-deleted video on social media in which he touches a woman's chest inappropriately.

• The FIA and Formula 1 released a joint statement supporting Haas' handling of the matter.

The Fédération Internationale de l'Automobile (FIA) and Formula 1 have weighed in on video posted by Haas' 2021 driver Nikita Mazepin in which the Russian gropes a woman's chest.

The video was posted on Instagram and quickly deleted after it went viral on the platform. Haas issued a statement condemning Mazepin's "abhorrent" behaviour.

The FIA and F1 released a joint statement which supported Haas and said, "Ethical principles and diverse and inclusive culture of our sport are of the utmost importance to both organisations."

Mazepin was announced as a Haas drive on 1 December, he will be joined by newly-crowned F2 champion Mick Schumacher.

Mazepin's fifth-placed finish in the F2 championship was enough to acquire sufficient super licence points to join the team next season.

The 21-year-old issued a public apology saying, "I must hold myself to a higher standard as a Formula 1 driver". He also said he wanted to apologise for his recent actions.

He promised he would learn from the incident and apologised to the team but not the woman who was tagged in the video who posted a message on Instagram vouching for the young Russian driver.

"I am truly sorry. I can give you my word he's a really good person and he would never do anything to hurt me or humiliate me", she said on Instagram.

The FIA and F1 said Haas will deal with Mazepin as it is an internal matter.

Mazepin's father, Dmitry, is a Russian businessman and oligarch who bankrolls his son's racing career by investing in teams Nikita represents.

Dmitry was part of a consortium who bid for the Force India F1 team in 2018 after it went into administration. He eventually lost out to Canadian businessman Lawrence Stroll.

We live in a world where facts and fiction get blurred
In times of uncertainty you need journalism you can trust. For 14 free days, you can have access to a world of in-depth analyses, investigative journalism, top opinions and a range of features. Journalism strengthens democracy. Invest in the future today. Thereafter you will be billed R75 per month. You can cancel anytime and if you cancel within 14 days you won't be billed.
Subscribe to News24
Related Links
Russians call on F1 to give Mazepin 'opportunity to remain human' amid groping scandal
Haas warns newcomer Nikita Mazepin not to bring 'reckless behaviour' into F1
Next on Wheels24
First Leclerc's watch in Italy, now Vettel's bag stolen in Barcelona