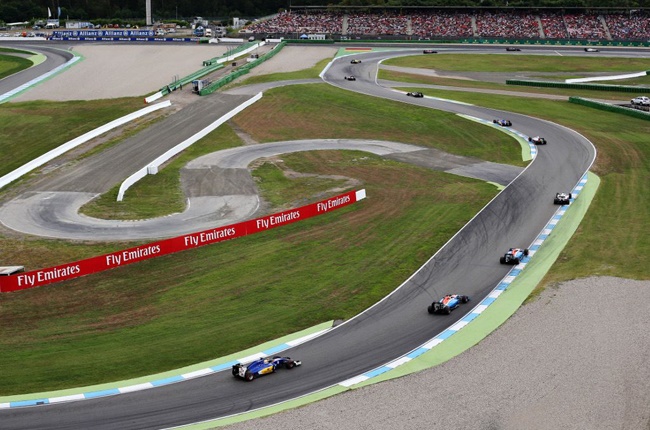 • Financial risks at stake if answer is not given soon

Bosses at the Hockenheimring have told Formula 1 that they must decide soon whether or not they want to race at the circuit in 2020.

Initially the track had been on standby should the British Grand Prix at Silverstone fall through, but a deal was agreed to hold two races at the Northamptonshire track with the government giving their approval.

But that doesn't mean Hockenheim fell away from consideration.

Australia, Netherlands, France, Monaco, Azerbaijan, Singapore and Japan have all cancelled their races for 2020, and F1 bosses remain in talks with promoters of tracks not originally on the F1 calendar as they try to bolster the 2020 season which currently stands at eight races.

Would Hockenheim be a good send-off for Vettel if he should quit F1? Email us.

Imola, Mugello and Portugal's Portimao Circuit all join Hockenheim as the venues reportedly under consideration, but Hockenheim can't keep its calendar open for much longer.

CEOs Jorn Teske and Jochen Nerpel, through the German agency Sid, have said that in these times of uncertainty they cannot take financial risks for F1.

"We cannot keep our calendar on standby for several weeks waiting for a date for the GP," he said.

They also noted that an extension of the European season "currently revolves only around speculation".

La Gazetta dello Sport report that a German Grand Prix would have been appealing to Formula 1 as a way of fans being able to say goodbye to Sebastian Vettel in his last year with Ferrari, and potentially in Formula 1.

But the race would have to be held as a "Closed Event" with no fans, taking away that appeal.

Teske and Nerpel added that they were "very happy to accept a feasible request" from F1 for a 2020 German Grand Prix, but the priority was to make some sort of economic gain "and therefore we cannot maintain any unconfirmed date for Formula 1 for several weeks".

We live in a world where facts and fiction get blurred
In times of uncertainty you need journalism you can trust. For only R75 per month, you have access to a world of in-depth analyses, investigative journalism, top opinions and a range of features. Journalism strengthens democracy. Invest in the future today.
Subscribe to News24
Related Links
Fingers crossed: Imola eligible for shock Formula 1 return in 2020
Formula 1: Singapore, Japan, Azerbaijan grands prix cancelled
Next on Wheels24
Ferrari faces unavoidable penalty for writing off Leclerc's engine after Hungarian melee